So this week’s assignment from the League is another interpretative, one-word theme, The Oscars.  Whether it’s the Odd Couple, the Grouch, or the awards ceremony, there’s a lot of pop culture room to cover with that word.  But I’m going to be a bit of a purist and stick with what I assume was the general idea and talk a bit about the awards ceremony.  Personally, aside from the one year when Silence of the Lambs won every Oscar ever (including best animated film), I haven’t paid all that much attention to the show.  I don’t really care for the fanfare and the older I get the more jaded I get and the more and more it just seems like the whole thing is about money.  Doing my best to sweep all of that aside though, I thought it would be fun to let my mind slip back to my childhood and then I pretended to hold my own Academy Awards ceremony for each year in the 80s (except I’m the sole member of the voting academy.)  I’m going to nominate my top five favorite films of each year, and pick the Branded in the 80s Best Picture Oscar.  So yeah, let’s get on that…

In 1980 I was 3 years-old, but I was already becoming quite the cinephile thanks mainly to my Mom who was always exposing me to great films.  So the nominees for Best Picture in 1980 are…

There are other films that I dearly love from ’80, but most of them I didn’t catch up with till later in life.  The five flicks above were hands down my favorite, even if at 3 I didn’t understand everything on-screen.  I have fond memories of insane scavenger hunts, Adam Baldwin gruffly protecting nerds, Lilly Tomlin singing to cartoon birds, Luke Skywalker finding out that his dad is a dick, but when it comes right down to it, there’s only one of the five films that I rewatched constantly as a kid… 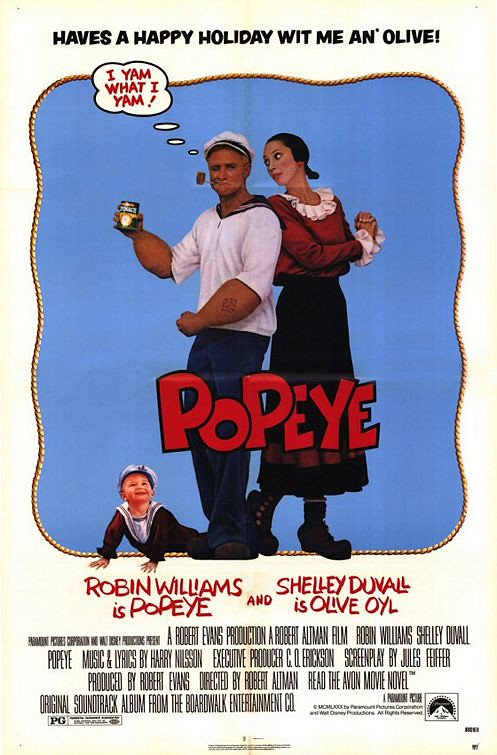 Seriously, for the soundtrack alone, but there;s a rad Octopus battle (a theme in movies I dig), and the casting is astounding.  Love that film.

So the nominees for Best Picture in 1981 are…

And the Winner for 1981 is: Dragonslayer! 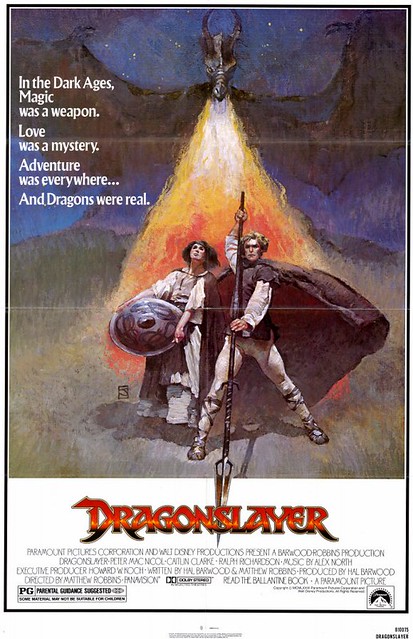 A, I apparently have a thing for girls who masquerade as boys (see Just One of the Guys later), and B, Peter MacNicol is super awesome and doesn’t get enough credit.

The nominees for Best Picture in 1982 are…

At five years-old my mom sat me down to watch The World According to Garp.  I had no idea what “no glove, no love” meant, but I thought John Lithgow was a pretty lady.  Also, crazy saxophone scene, and the dog biting ear stuff stuck with me for years.  Poltergeist taught me to fear hidden graveyards under the subdivision, Beastmaster taught me about how much cooler I would have been had I been magically born from a cow, and the Secret of Nihm was just plain rad.  I have to say though that I have memories of renting The Toy over and over again.  There was a point where I could quote every line in the film, so… 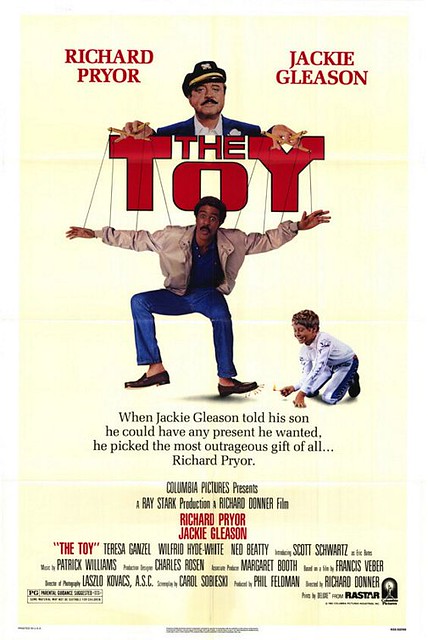 The nominees for Best Picture in 1983 are…

At six it was unquestionable that Star Wars rocked my world, and I remember seeing Return of the Jedi multiple times in the theater.  I also had the bed sheets, tooth brush, shampoo, and I was eating the Pepperidge Farms cookies as well.  Looking back though, there were other films that had a pretty big impact on my life that year.  Class started to explain the funny feelings I’d have in my pants, Eddie and the Cruisers turned me onto rock and roll, and A Christmas Story became a family staple way before TBS started shoving it down peoples throats with their plumbers helper.  Wargames however turned me onto the awesomeness of Ally Sheedy and Matthew Broderick, more specifically it started to shape my personality to that of one slightly devious, but mostly just innocent.  Did I almost just start World War III?  Moi? 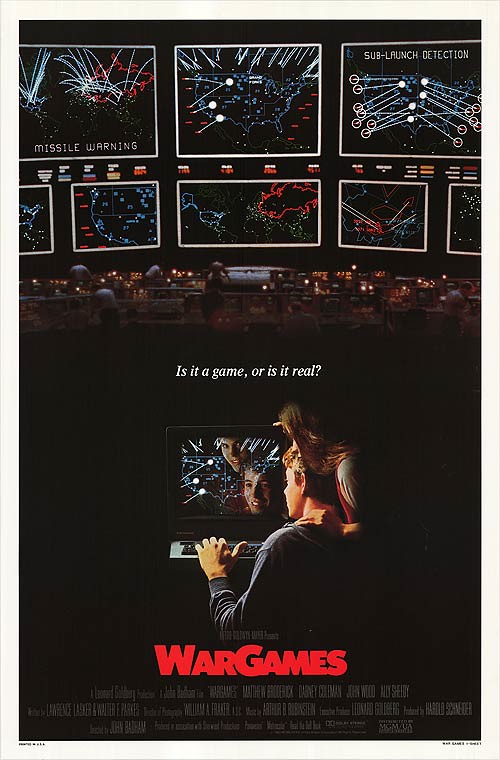 The nominees for Best Picture in 1984 are…

Picking only five films for 1984 is a lot like shooting a bunch of baby ducks.  I mean I had to cut Temple of Doom, Streets of Fire, Gremlins, The Last Starfighter, Muppets Take Manhattan, The Terminator, Night of the Comet, Beverly Hills Cop, Starman, and Breakin’ 1 and 2, the essential Electric Boogaloo!  That being said, this might sound insane, but for all the amazing rad films that year, the one that had the single most impact on my 7 year-old brain was Cloak & Dagger.  I spent hours daydreaming about everything that happens to Davey in that flick, so when I saw it I felt like the writers and director had literally tapped into my brain and poured out the contents onto the screen. 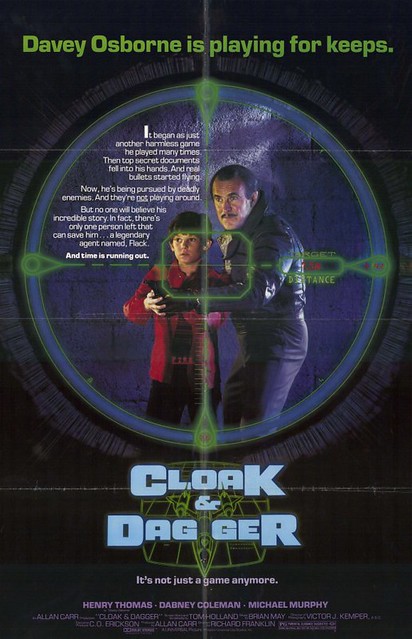 The nominees for Best Picture in 1985 are…

If 1984 was like shooting baby ducks, then 1985 was a lot like eating their carcasses.  Seriously, look what didn’t make the cut!  The Breakfast Club, Gotcha, Fletch, Back to the Future, The Legend of Billie Jean, Fright Night, Weird Science, My Science Project, Teen Wolf, Commando and Young Sherlock Holmes.  It’s tough, but I had to choose five.  Just One of the Guys showed me more undercover women, and uncovered boobies.  Better Off Dead defined the majority of my sense of humor for the rest of my life.  The Goonies is, well, I’ll let Jaime over at Shezcrafti extol the virtues of that one for me.  Pee Wee’s Big Adventure is a near perfect film.  But only one of these flicks was on constant repeat in my household and that was Real Genius.  When you’re finished hammering that nail though that board come help me set up this giant bag of Jiffy Pop will ya? 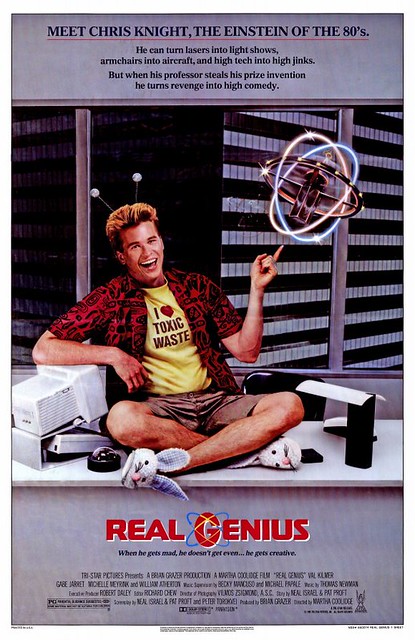 The nominees for Best Picture in 1986 are…

Alright, by ’86 it was getting a little easier for to whittle down the lists.  That being said this year was still a doozy.  I was only 9, but my hormones had kicked in early apparently because I couldn’t stop watching Something Wild and hoping someday I’d find myself in Jeff Daniel’s shoes (well, minus the Ray Liotta experiences.)  Big Trouble in Little China is another near perfect film, as is The Three Amigos, but this contest is really just a grudge match between two of my top three films of all time, Rad and Transformers the Movie.  As much as I heart the bike dance, Send Me An Angel, Cru Jones, Helltrack and evil jumpsuit wearing twins who can do the worm like no one else, this contest has to go to Transformers.  Including my viewing of it for a recent Saturday Supercast I have now officially seen that flick 141 times (unofficially I think it’s probably closer to 400+.)  No question.  Bah Weep Grana Weep Ninibon.

And the Winner for 1986 is: Transformers: The Movie! 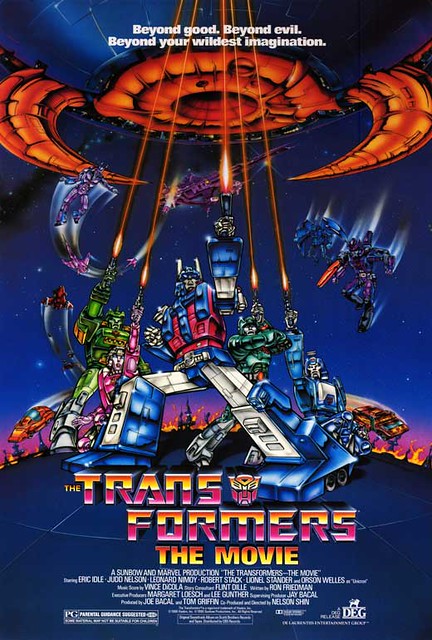 The nominees for Best Picture in 1987 are… 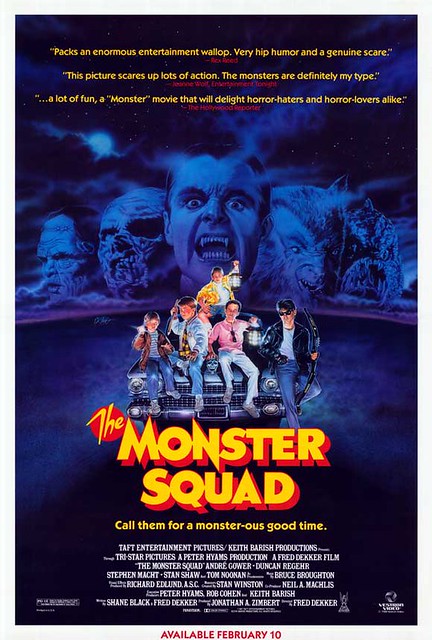 The nominees for Best Picture in 1988 are…

By 1988 I was starting to really develop my tastes in film, and honestly the decade was starting to turn the corner from the feel of typically 80s flicks to something else.  I wasn’t quite starting to get jaded yet, but I was getting a little pickier.  That being said I watched the ever living crap out of all five of these films, though one in particular I’ve seen over 300 times, and that film is the second to star Val Kilmer (who would get two Branded Best Actor awards for sure) on this countdown. 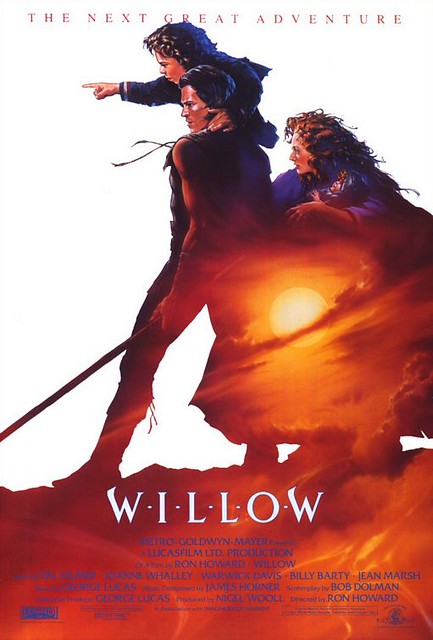 For the final year in this countdown, the nominees for Best Picture in 1989 are…

1989 lead the decade out with a bang for me, and the above five films are all near and dear to my heart.  Tom Hanks is arguably at his comedic best in the ‘Burbs, Weird Al made a piece of cine-magic with UHF, the stars aligned for Yahoo Serious with Young Einstein, and Bill S. Preston Esquire and Ted “Theodore” Logan ignorantly wormed their way into my everyday parlance.  But at 12, almost a teenager, and on the verge to leave my home of 10 years in Florida to move to the snowy wilderness in New Hampshire, there was only one film I truly identified with that year, and it was the one where I decided that I wanted to either marry or be John Cusack when I grew up.  Lots of angst for me in 1989… 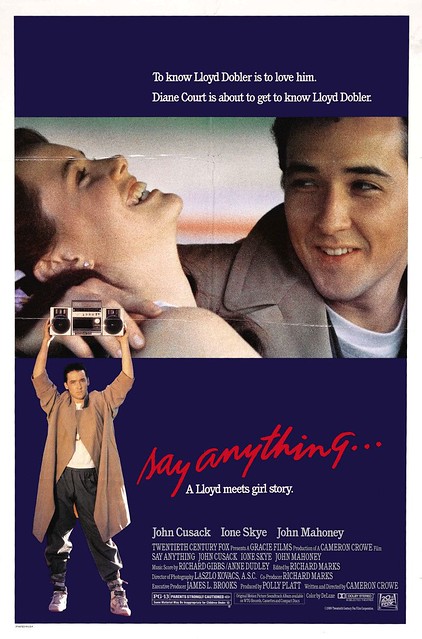 So, there you have it, my top ten favorite films of the 1980s, along with 40 amazing runners up.  What would have made your list?

Also, last but not least, the nominees for best League Assignment entries this week are…

Iok, That Figures, runs down his alter-Oscars…

Dex, AEIOU and Sometimes Why, is getting grouchy…

Jon, The Combat Workshop, is working on building “The Oscar”…