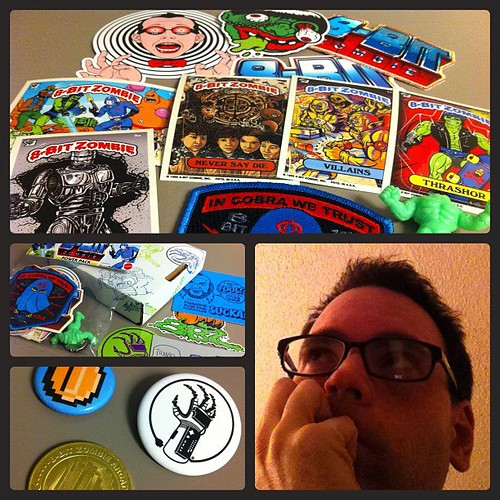 The fine folks over at 8 Bit Zombie recently started selling sets of stickers, patches, and button in what they’re calling Power Packs.  I’ve been a fan of their clothing and retro themed items for awhile (Proud Member of their Kid’s Club!), so I jumped at the chance to snag one of these.  They come in two varieties, the Action Pack (pop culture theme) and the NES Pack (Video Gaming theme), but since I’m a regular old cartoon and movie nut at heart I went with the Action Pack… 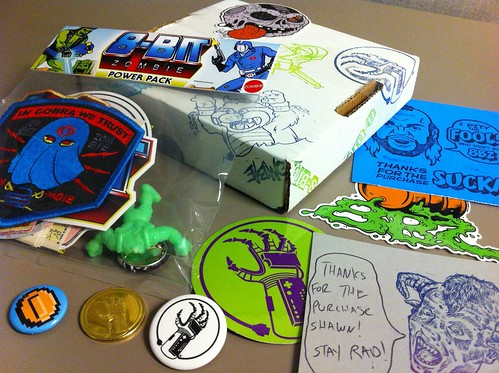 So what wonders are contained in these rad sets?  Well, for starters, not only do you get the Power Pack, but 8bz is usually kind enough to throw in a bunch of other stickers and goodies including buttons, vintage trading cards (I snagged a sealed pack of Harry and the Hendersons cards!), and sometimes even M.U.S.C.L.E. minifigs.  As for the pack itself, this one was loaded with stickers and a couple awesome patches.  I love the 8BZ branding, so those were neat, but that Join Cobra patch is the bee’s freaking knees.  Honestly though, the main reason I picked up this pack was for the 5 Garbage Pail Kids inspired stickers featuring great illustrations of Robocop, The Goonies, and various other cartoon heroes and villains.  I’m a sucker for anything GPK related. 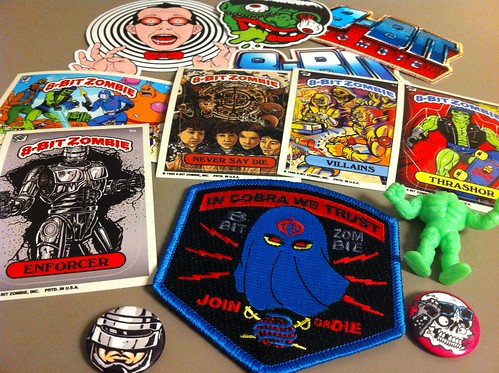 I was also lucky to snag one of their newly minted brass arcade tokens.  How awesome is that?  From now on when deciding between two places to eat out, screw heads and tails, it’ll be all Powergloves and 1-Up Coins! 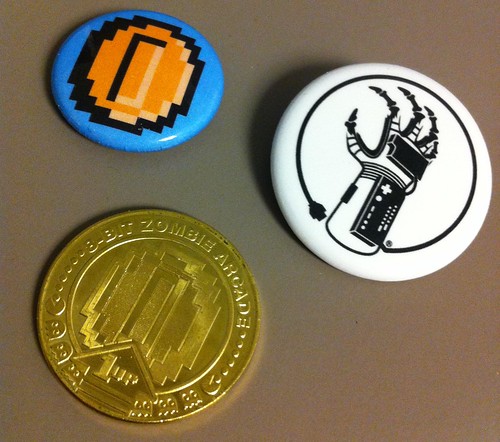 Check them out at 8 Bit Zombie, and tell ’em I sent ya!