You Can’t Do That on iTunes! 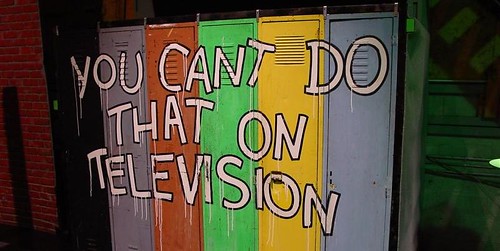 I have to admit that I’m pretty horribly about embracing modern technology and junk.  Honestly, when it comes to paying attention to nostalgia television and film releases I’m still stuck in the days of DVD, even though they are waning (I’m already getting flashbacks from the dying days of VHS back in the late 90s.)  So it pretty much goes without saying that there’s a wealth of fun shows that have had resurgences that I’ve ignored because they were only released via streaming or for download.  I’m kind of scared to dive into the Amazon and iTunes digital pool for fear that I’ll end up going broke (or die while trying to pump the content directly into my vein via a coaxial cable or something.) 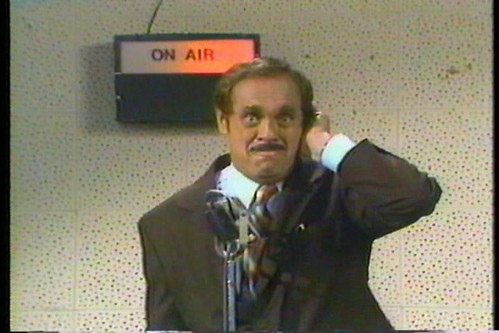 That being said, the wonderfully up-to-date proprietor of the Old School 80s blog tipped me off that the first seven episodes of You Can’t Do That on Television were just released as digital downloads on iTunes, and I couldn’t help myself I had to buy them.  They’re only $8 right now!  Though I would prefer access to all the episodes, this is a pretty big move on Viacom’s part.  In fact it reminds me of a similar situation from a few years ago prior to the release of another favorite series, The State.  In an attempt to test the interest in a possible DVD release of The State, MTV/Viacom released both seasons as digital downloads from iTunes.  This led to the release of the show on DVD, and I’m keeping my fingers crossed that You Can’t Do That on Television will follow suit (either though a company like Shout! Factory or through Amazon MOD since they have a deal with Nickelodeon already in place for manufacture on demand titles…)

Regardless, I’m currently obsessively rewatching those first seven episodes, which by the way are from the 1981 season of the show so they’re technically not the first seven.  Still, there’s plenty of Les Lye, Barthy Burgers and Moose to keep me smiling for hours!

Wax Paper Pop Art #16: Bubble gum? These should have come with Reese’s Pieces…