“[There are] …so many shows out there that are pushing or peddling products, you know, hocking something or other.  Pretty much to make a cartoon nowadays you have to have a video game and a plush toy to go with it.  That was the […] beauty of “You Can’t”, we’re not trying to sell anything…” –Adam Reid (You Can’t Do That on Television Cast Member 1984-87, Writer 1989-90) 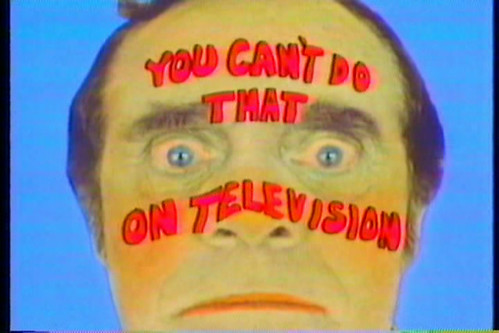 Though the cast and crew of You Can’t do That on Television may not have been trying to hawk any useless plastic junk, I was buying; buying into the show, the comedy, and more importantly their ethos.  From 1979 to 1990, this little Canadian sketch comedy show helped warp the minds of a generation of children with clever, politically incorrect humor and absurd, trashy jokes.  The show, inspired by Monty Python, Second City and Saturday Night Live, brought an adult style of humor to the young Nickelodeon audience, while never conceding its core integrity or that of the viewers (never feeling “written down to” an adolescent level.)  YCDToTV was the flagship series on a network that evoked the feeling of “for kids, by kids”, featuring a rotating cast of mainly adolescents, one of which, Adam Reid, who would graduate from cast to co-head writer at the astounding age of 16.  There really was nothing else like this on television at the time, and with the exception of the similar Nick series All That!, there really hasn’t been anything as remotely ground-breaking for kids since. 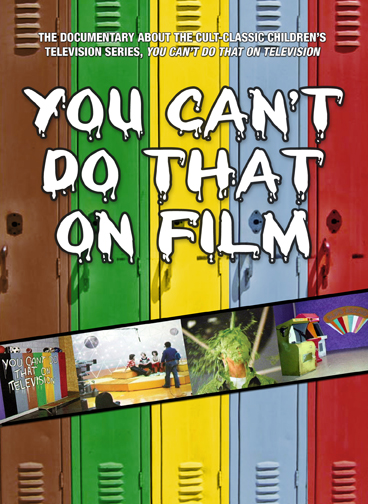 As a fan of the show I feel pretty lucky that the tenure of You Can’t Do That on Television coincides perfectly with the golden years of my childhood; I literally grew up with the show from age three to thirteen.  This was also coincidentally the exact timeframe that my family spent in Florida, so on another level I can’t help but associate so many memories of my childhood wrapped around the series with a very specific sense of space and time.  Granted the show was produced and filmed in Canada, but I always felt a sense of hometown pride for shows on Nickelodeon because I lived just outside of Orlando, mere miles away from the Nick Studios.  Though it’s not logical on any level, growing up I felt like Kevin, “Moose”, Lisa, Adam, Alasdair, Vanessa, Doug, and Matthew were some of my friends.  Heck, in a way Les Lye’s “Dad” (Lance Prevert) and Abby Hagyard’s “Mom” felt like the parents I never had.  In my quest to acquire all of the television material that fuels my nostalgia for the 80s, the largest gaping hole in the collection are the 140 odd episodes of YCDToTV.  Sure, I have a handful of bootleg DVDs, and a nice selection of low-quality digital episodes backed up on a hard drive, but what I’d really love is a nice official DVD collection to sit on my shelf next to my Danger Mouse, Count Duckula, Hey Dude, and the Adventures of Pete & Pete sets. 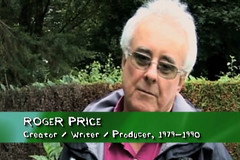 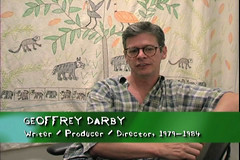 That’s why I was so excited when I found out that Shout Factory just recently partnered with DND Films to release David Dillehunt’s 2004 fan documentary You Can’t Do That on Film in a nice 2-disc collector’s set! 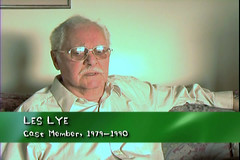 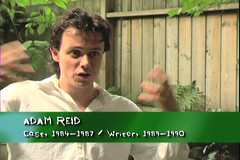 Even though this film has been floating around the YCDToTV fan community for a few years, after getting the DVD this Christmas it was the first time I was able to view it.  So what’s on the discs?  In addition to the feature length documentary, there are also a bevy of special features including Dillehunt’s proof-of-concept pilot episode for a possible re-launch of the show, outtakes from the 2002 & 2004 fan conventions, and extended interviews with some of the cast and crew including the late Les Lye. 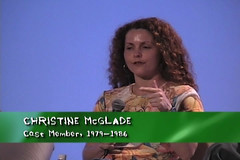 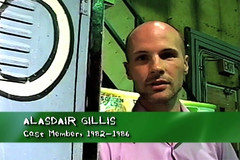 Watching the documentary was sort of bittersweet and a little frustrating in that so much of the footage is restricted to talking-head segments with the dozen or so former cast and crew members Dillehunt was able to interview (including stars Les Lye, Adam Reid, Lisa “Ruddy” Henderson, show creator and head-writer Roger Price, and writer/producer/director Geoffrey Darby.)  These are interspersed with personal on-set photos and VHS quality screen-grabs of the show, as well as some archival footage of an Alanis Morissette interview and some of the Q&A sessions with the cast and crew during the 2002 & 2004 fan conventions.  It’s understandable as to why, but unfortunately Dillehunt was unable to include actual segments or audio from You Can’t Do That on Television (licensing the material would have been beyond cost prohibitive for this fan-produced film.)  The documentary gets a lot of flack for this, which is reasonable, but you have to give Dillehunt credit for tracking down as many of the cast and crew members as he managed. 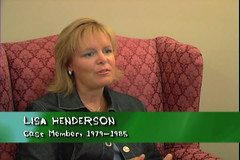 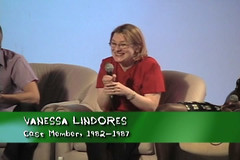 The truly frustrating aspect for me though was Dillehunt’s approach to the material and resources he did have.  First and foremost, this documentary is created by a fan for fans of the series, so it tends towards focusing on the anecdotes and nostalgia of the interviewees, and less on the overall story of the show.  Dillehunt does a really decent job of splicing together the interviews with Darby and cast members from the inaugural season to nail down the origin of the series, but the documentary really doesn’t delve into many of the aspects that made the show so memorable.  Little is mentioned of the format of the sketch comedy, the re-occurring characters, skits, or jokes; it assumes the viewer is so well-versed in the nuances of the show that it almost completely bypasses it.  This is an unfortunate trap of fandom, and how hard it can be to pull your perspective back far enough to see the material with fresh eyes.  Dillehunt himself was born five years after the show began its run in 1979, and thus was probably mainly exposed to the show in reruns in the late 80s and early 90s.  I’d venture to guess that it’s why it was easier to tell the story of the show’s origin, as he was learning about much of it himself during the process of interviewing the cast and crew. 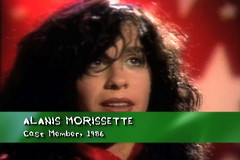 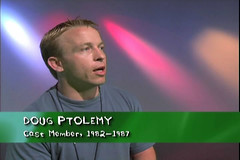 Sure, I know that each episode was framed around a theme (for example personal hygiene, rumors, or nutrition), or that each episode would feature knock-knock style jokes with the cast asking questions of each other while in a set of multi-colored school lockers, but the fact these iconic aspects to the show aren’t even brought up is unfortunate.  No real mention of the Opposite sketches, the parody title cards at the start of each show, the fact that the show was itself a show within a show, or even talk about the various re-occurring characters played by Les Lye (bus driver Snake Eyes, Blip the arcade proprietor, the teacher Mr. Schidtler, the dungeon torturer Nasti, the camp counselor, the coach, or even the studio announcer get any mention.)  On top of this Abby Hagyard (who played the “Mom”, Mrs. Prevert, as well as the Librarian) isn’t even brought up at all.  There isn’t even a rundown of the more prominent child actors from the series. 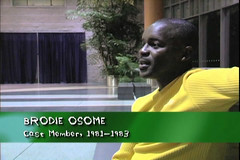 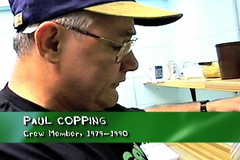 Though there is a significant portion of the show ignored on the documentary, I don’t want it to come across as if I didn’t enjoy it.  In fact, it’s just the opposite, I really did love and appreciate all the passion that did find its way onto the screen.  For the record Dillehunt was only 20 when he put this together and I can honestly say that I don’t know of many people his age who would be willing to do the legwork it took get all of the interviews he managed to land.  There is a wealth of interesting anecdotes and observations (including the recipe for the original green slime) from the cast and crew that will add a little insight into the making of the show, which I’m sure fans of YCDToTV will appreciate.  This two disc set would make a great accompaniment to an eventual (fingers crossed) release of the show.  In the meantime I suggest heading on over to sites like YCDToTV.com or Barth’s Burgery to reacquaint yourself with the show, and then pick up You Can’t do That on Film on DVD.

Gonzo was a plumber, but now he’s popping and locking with the best of ’em!

Wait, there are four Ghostbusters?!?