Playing a little bit of catch up today (didn’t get this guy posted at midnight like I wanted), but better later in the day than missing it completely I guess.  For today’s monster animation cel I have a really cool frame featuring one of Prime Evil’s main henchmen, Sir Trance-A-Lot! 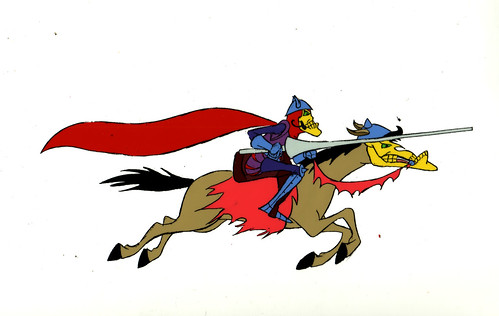 I absolutely love the character design on STaL, what with his imposing skull face (mirrored on his steed Frightmare) and even his Dali-esque moustache and French-ish accent (provided by the much underappreciated Lou Scheimer.)  I love that as a ghost he’s also sort of like the Sandman from the Real Ghostbusters as his main power is to put people to sleep using his Trance Lance (which has a sawed-off tip and spews a sleep-inducing gas.) 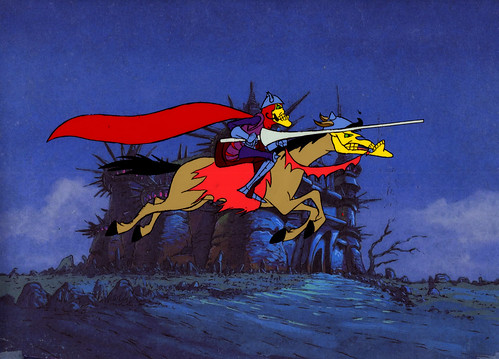 This cel also came affixed to a production photocopy of a background, this one featuring a pretty gnarly-looking castle! 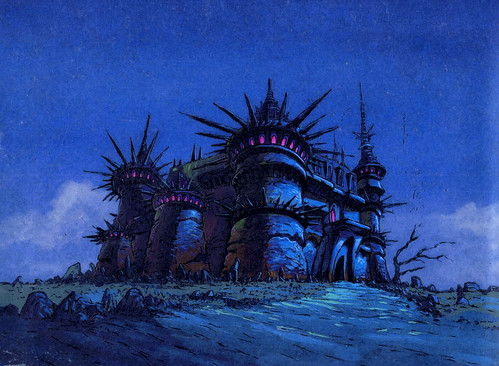 Branding and nostalgia, what keeps me buying…