Hey boils and ghouls, it’s Friday, Day 5 of the 31 Days of Monsters Countdown here at Branded and I’m slipping back into The Real Ghostbusters territory.  As a continuation of last Wednesday’s post, here’s Poso in all his pink Jabba the Hutt-like glory! 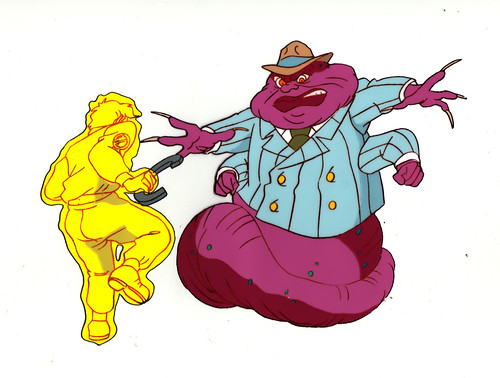 I read a bit of trivia on this character that says his name is an homage to Mario Puzo, the author of the Godfather novel (seeing as how Poso is desperately trying to become the spirit world’s own Godfather.)  We also get another glimpse of Peter Venkman covered in the yellow Psychomagnotheric Slime (originally featured in the live action Ghostbusters sequel) in this cel.  Unlike most of the Real Ghostbusters cels I’ve acquired, this one came attached (with double-sided tape) to a vintage production photocopy of a background, which leads me to believe that they may have used this cel in a reshoot or correction of some sort.  Here’s what it looks like with the background intact (if you look close you can see the darker patches with the double-sided tape near the top of the scan…) 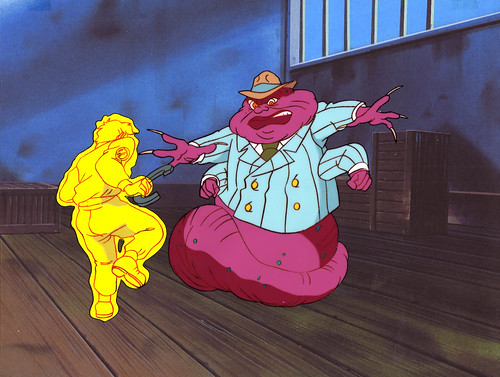