I’ve been feeling a little under the weather this week, not to mention in a very silly mood (did you read the last article?), so I’ve decided to finish off the week a bit weirder than usual here at Branded by posting another top-ten list, something I’m not prone to doing, but I’m going to let you into my head a bit.  When I was a kid I started having crushes around age 3 or so.  Not sure if this is early for a boy, but I do know that I had a “girlfriend” by age 4 (Robin – she dumped me by the by), and was madly in love at 5 with a girl, Heather, down the street when we lived in Tampa. 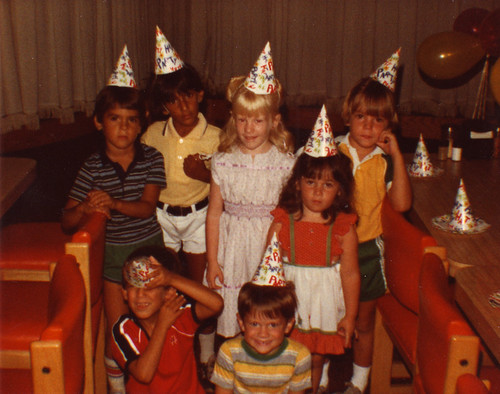 (That’s me in yellow & green on the far right, and Heather is the blonde next to me.  Oh and that was my birthday at Showbiz and I was peeved at my Dad for sticking me in the back, no one puts Shawn in the corner!)

Anyway, I’ve been threatening (myself) that I’d eventually do a top ten list of my childhood crushes, so here it is.  You’ll notice the absence of Punky Brewster, Drew Barrymore, and Vicki the Small Wonder robot because even as a boy I was into older women (TMI, I know.)  First off, a couple of honorable mentions… 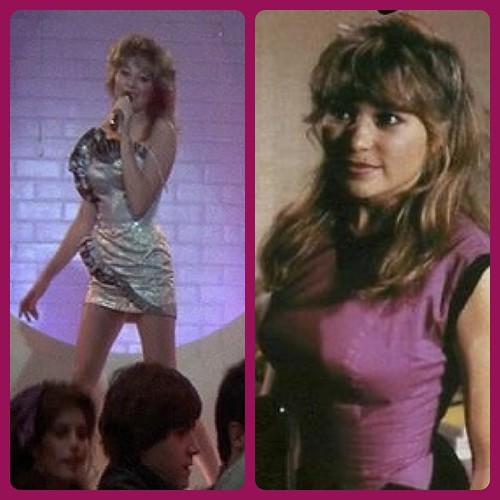 How can you not be in love with Dotti from Pee Wee’s Big Adventure?  Not only was she the cool bike store chick, but she was also playing herself as a rock star in Better Off Dead (pick up some of her albums by the way, they’re great!) 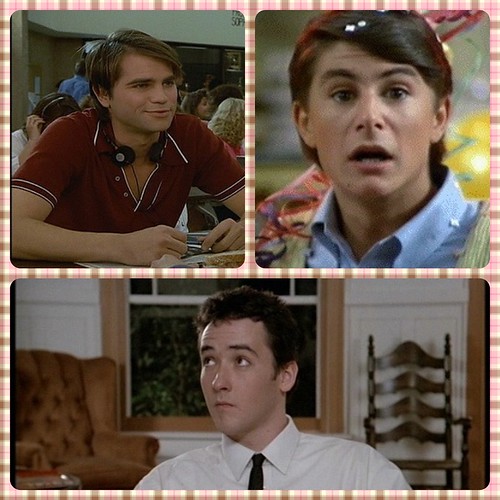 I’m pretty comfortable with my sexuality, enough so to admit that I had crushes on all three of the above mentioned gentlemen, Matt Adler in particular.

Okay, now on to the main list.  These were kind of tough to put in an order, but after a lot of deliberation this is how it plays out… 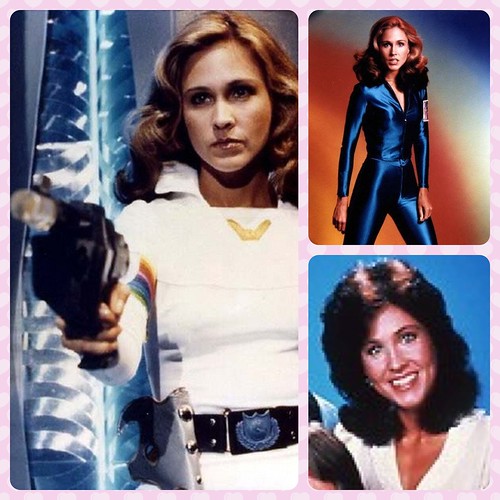 Mrs. Grey is probably one of my first big crushes.  While Star Wars introduced me to Carrie Fisher, I spent the better part of my youth watching Buck Rogers and Silver Spoons week in and week out so it was hard to ignore Mrs. Grey charms.  I’m also not sure how much this crush was that I wanted her as my alternate mom…

9). Mitzi the Mouse from the Rock-Afire-Explosion Showbiz Pizza Band 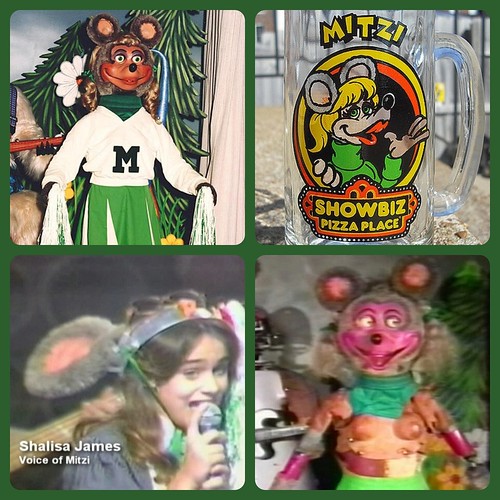 8). Lea Thompson (Howard the Duck, Back to the Future, Red Dawn, & SpaceCamp) 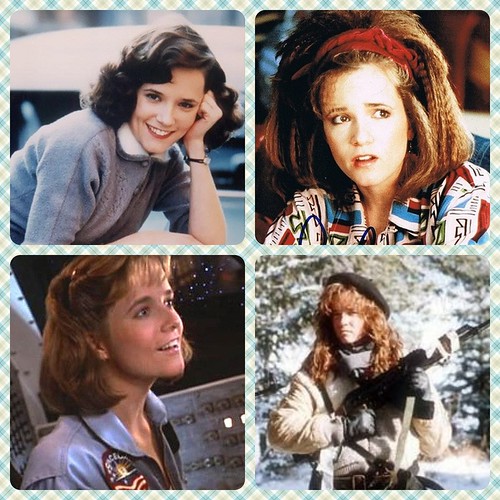 Lea Thompson didn’t jump out at me at first, but as I was looking through my DVDs to compile this list I couldn’t help but notice that she starred in a number of my favorite films.  The more I thought about it the more I realized that I had most certainly had a crush on her growing up.  She was my favorite junior-naut in SpaceCamp, was one of the only ones to make it out of Red Dawn alive, and was quite the flirtatious bad-girl in Back to the Future.  Did I mention she was the awesome lead of the Cherry Bombs in Howard the Duck?  If I can love a mouse and she can love a duck, well, there has to be something there… 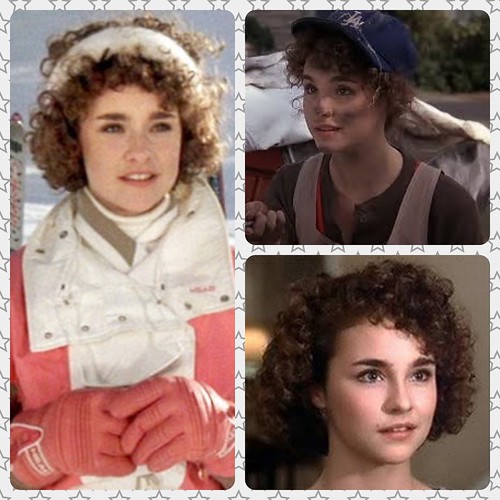 Cute as a button and a tomboy to boot.  She can throw a lemon like no other, and you have to give her props for lasting as long as she did under the same roof as Rickey…

6). Joyce “Terry Griffith” Hyser (Just One of the Guys) 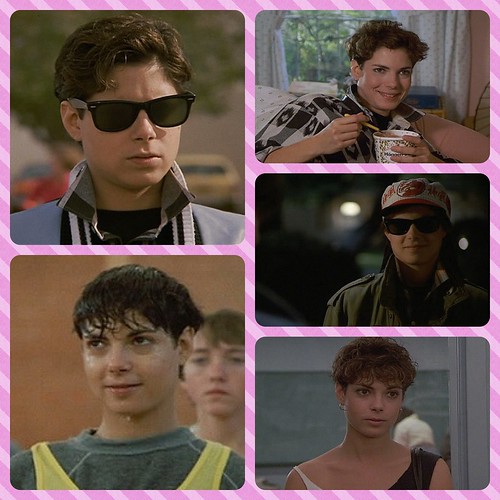 I’m not sure this was intentional on the part of the filmmakers or not, but I found Joyce Hyser way more attractive as Terrance then Terry.  I guess I dug the short hair and bravado, but she was my deamgirl for a couple years in middle school.  The final confrontation scene in the flick didn’t hurt either… 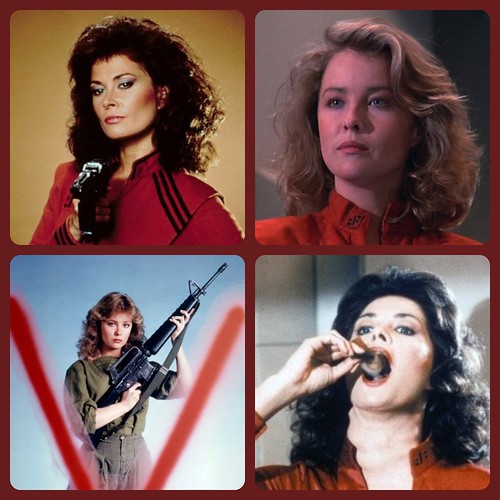 Jane Balder’s Diana ate a guinea pig in V.  I still had a crush on her.  Julie Parrish was also a big crush of mine, I’ll admit for her weirdly sexy white get-up in the torture scenes.  If I ever speak to a therapist, I’m positive that scene will come into the conversation.  I’m also noticing a trend of girls with guns here.  Hmmm….

4). Christine “Moose” McGlade (You Can’t Do That on Television) 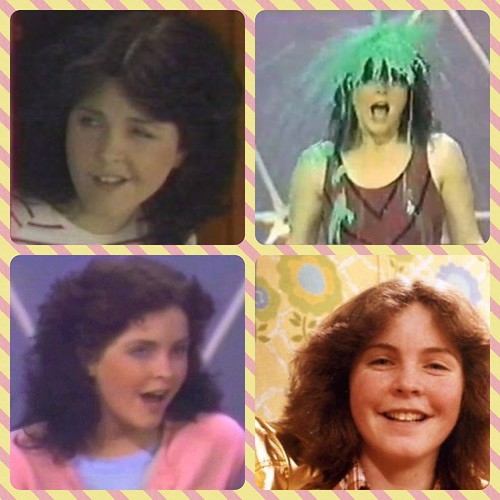 YCDTOTV was my first real experience with sketch comedy, and by far my favorite actor on the show was Moose.  Well, I guess I probably had a crush on Alister too, but Moose was where it was at. 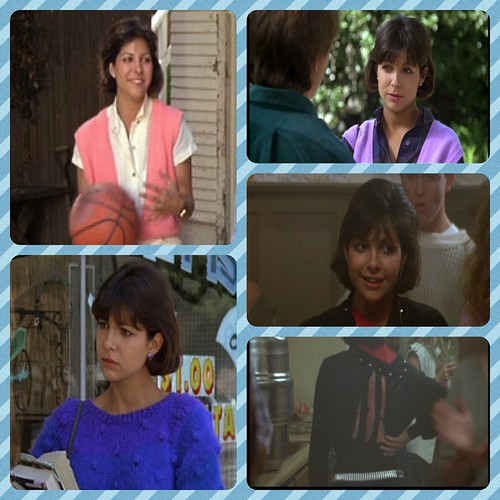 Teen Wolf is a film that I love, but is rife with huge problems, not the least of which is the insanity that Scott would rebuff Boof.  Seriously.  Oh, as TL, of Flashlights are Something to Eat, brought up on instagram today, where did she get a name like Boof?

2). Evil Lyn, specifically Linda Gary’s voice-acting and the Mattel action figure (He-Man and the Masters of the Universe) 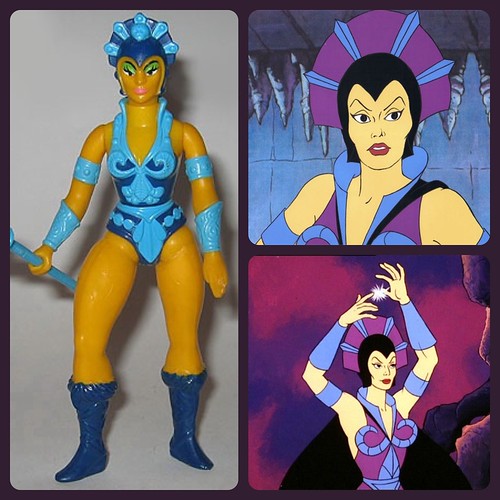 Yup, I’ll admit it.  I scraped off the paint on my Evil Lyn breast plate because I wanted to see what was underneath.  I was six.  Little did I know that I’d just have to wait a couple years to watch Just One of the Guys to find out what was really under there.  By the way, after that my mom never bought me any of the female action figures in any line of toys, so I never had a Scarlett, Lady Jaye or Baroness.  I had to buy Jinx with my allowance. 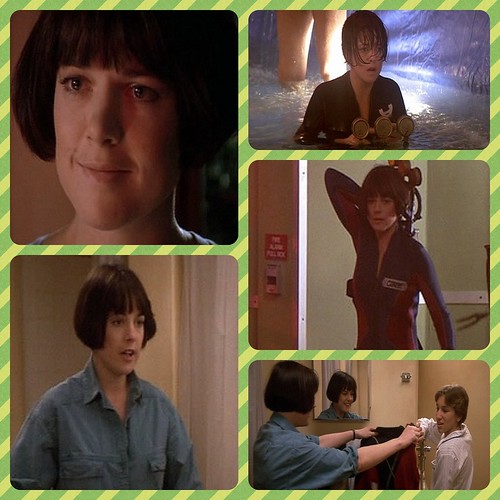 Hands down, Michelle Meyrink is the ultimate 80s nerd girl (starring in Real Genius and Revenge of the Nerds.)  Jordan is someone who would drive me insane, what with the non-sleep and six million projects all running at once, but still, she was awesome in my book.  She’s also one of those actresses that I thought should have been in more flick.  Thanks to Jamie over at Shezcrafti for reminding me of the flick Nice Girls Don’t Explode for a starring turn by Meyrink.

Well, that’s the list, what about you guys and gals, any crushes you’re afraid to admit to from back in the day?