This is how my childhood ends, not with a whimper but a BANG!

So this week’s assignment from the League is all about looking back to that fateful year when we turned 12 and for all intents and purposes we knew that our days as a kid were numbered.  With only a year left before we officially became a teenager and all the heartbreak, acne, bad hair and bad poetry that entails, what year was it and where were you at?  For me it was the balmy summer of 1989 in Florida, and honestly, the whole idea of leaving my childhood behind was really weighing on my mind that July.

I’d just exited my first year of middle school, a transition that was rocky at best with my grades and attitude suffering constantly.  Up to that point I’d always lived within a mile of my various elementary schools (we moved a few times), so I’d been accustomed to the freedom of riding my bike to school and never really feeling trapped inside the building for 7 hours a day.  When middle school came around it was quite a bit farther away which meant riding in on the big yellow Twinkie, making me feel stranded at school until the bus ride home was over.  It sounds a little melodramatic for sure, but that’s how I felt all the same.  It didn’t help that the middle school was in a slightly rougher area of the city with enclosed chain-link fences and a police officer that was stationed every day in the parking lot.

I’d also just had a falling out with a friend at the time and had finally found another kid to pal around with that was just as disenfranchised as how I felt.  To top everything off, my dad was preparing to move us yet again, this time out of state (from Florida to New Hampshire), and for the first time my sister wouldn’t be going with us, leaving me with no touchstone except my parents in the new town.  We were planning to move on New Year’s day 1990, so the whole countdown to the end of the decade, leaving Florida, my new best friend, and my sister were all pulling at my shoulders like a backpack full of rocks. 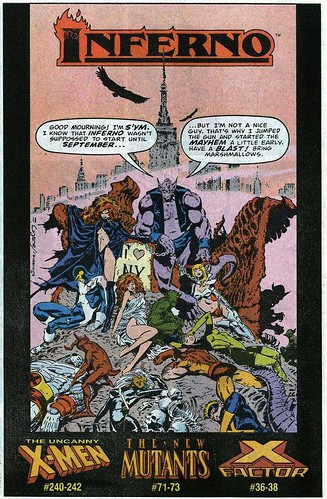 That said, 1989 was still a pretty darn good year.  Though by that time re-runs of G.I. Joe and Transformers were starting to wean, and their respective toy lines were getting pretty funky (the Joes were entering space and the Transformers were “pretending“), there was a new crop of cartoons that (at least new to me) was pretty exciting including Spiral Zone, the Bionic Six and Denver the Last Dinosaur.  Batman mania was in the air and my love affair with Tim Burton was at its peak.  I’d just recently decided to ditch collecting baseball cards in lieu of picking up comic books, and was quickly addicted to the soap opera of the Uncanny X-Men, X-Factor, the New Mutants and the newly launched Wolverine.  This of course led to my first encounters inside dingy, dusty comic stores, which would be come my second home for the next decade.  After my best friend got me hooked on Metallica in 1987 I finally started branching out a little musically and in ’89 started listening to a lot more goofy metal like Dangerous Toys, Suicidal Tendencies and Faith No More (whose album The Real Thing really opened me up musically speaking.)  I also started heavily reading Stephen King that summer, devouring old second-hand copies of Christine, Carrie, Salem’s Lot, The Shinning and Pet Semetary.  I couldn’t wait to rip into his new book The Dark Half that fall. 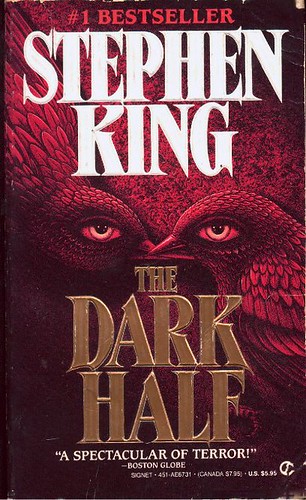 Cinematically speaking, 1989 brought a bunch of 80s franchises to a close as we got Ghostbusters II, Indiana Jones and the Last Crusade, as well as Back to the Future II (and before I turned 13, Back to the Future III.)  I also snuck into the theater to catch the first five minutes of Friday the 13th Part 8 before an usher yanked me by my ear our of the auditorium.  I crammed in theatrical screenings of UHF and Weekend at Bernie’s, as well as catching Best of the Best, The ‘Burbs, Gleaming the Cube, Bill & Ted’s Excellent Adventure, and a couple Fred Savage masterpieces Little Monsters and The Wizard.  I even got a chance to play with a Powerglove after moving up to New Hampshire shortly after seeing the Wizard, which was cool since it was way too expensive to actually get one.  ’89 was also the year that my sister rented me a copy of Peter Jackson’s Bad Taste, which cemented my love of gory, campy horror.  I also started picking up my first copies of Fangoria now that I think about it.  Before I turned 13 I also caught Teenage Mutant Ninja Turtles and Arachnophobia in the theater, (the Jeff Daniels horror spoof being my first solo trip to the movies as well.) 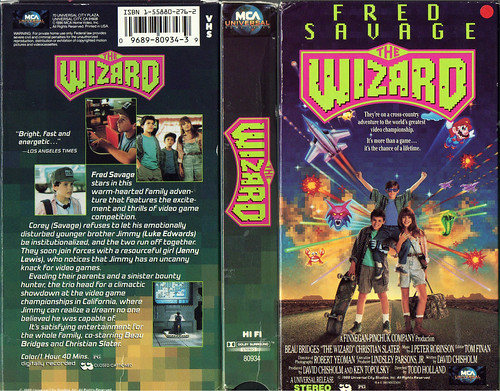 Finally, 1989 also introduced me to The Simpsons (I’d seen the Tracy Ullman show and was actually waiting on the premiere Christmas episode which I had taped on VHS for years.)  I still have (and wear) a couple pin-back buttons for the show that I found in my first few weeks of living in New Hampshire.  I was also exposed to the first Pete and Pete shorts on Nickelodeon, as well as a healthy dose of the first year of Hey Dude and the Kids in the Hall.

Our family ended up staying in New Hampshire for only 9 months, after which we moved again, this time down to the Atlanta area.  After spending the late 70s through to 1989 in Florida, and having since planted my roots in Atlanta in late 1990, I really do feel that 12 marks a pretty clear demarcation of the end of my childhood in a lot of ways.  Though I often say I’m still an 8 year-old inside, I guess that was the summer that I kind of grew up.

If you have a second, why not check out some of the other league members…

Dex, AEIOU and Sometimes Why, also talks about 1982!

Mike, Memories of Tomorrow, talks about 1985!

TL, Flashlights are Something to Eat, talks about 1988!