I find it funny that I ended up preparing for last week’s vacation by making sure I had a bunch of stuff to post while I was away from the computer and stuff, and yet this week, though I’m back home I haven’t had a second to update the site.  Aw well, c’est la vie.  In catching back up this week, I’m ready to finally tackle a new League assignment via Brian over at Cool & Collected.  This time it’s all about media/PR announcements that managed to have us as fans saying, “Whoa!”, and figuratively (or literally) pumping our fists in the air with excitement.  I’m typically a low-key kind of guy, and ever since my teenage disappointment with the direction that the Batman movie franchise took in the mid-90s I’ve been very wary of getting excited about much of anything, at least in terms of build-up.  There have been a couple of instances like the releases of the first Phantom Menace and X-Men trailers that had my small group of friends buzzing, but I have to say that the only time I really had to step back and say “Whoa!” in my best Joey Lawrence impersonation was when the 25th anniversary G.I. Joe figures were announced back in January of 2007… 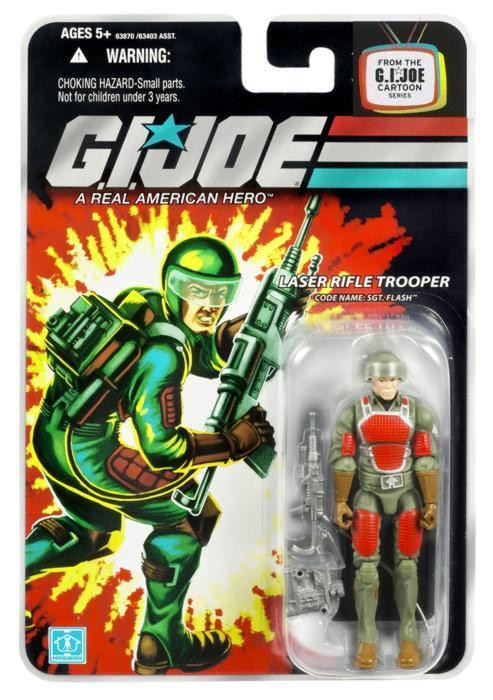 G.I. Joe was the main toyline I collected as a kid, and I have so many fond memories of flipping through the figures on the pegs at toy stores looking for the elusive characters that I didn’t have.  I can vividly remember the time as a teenager when the line finally came to an end (at least the classic carded figures), and I was still buying the horrid Street Fighter spin-off figures because they were packaged in a similar fashion.  The announcement of the anniversary line had me all excited and I was hoping that the actual figures and packaging would do the original line justice.

The initial images of the figures really wowed me, but my moment of “Whoa!” really came when I stumbled upon them in the toy aisle of my local Target.  I was excited for these, but the reaction I had when I saw these on the pegs was huge.  Like a sucker punch to the gut, I was 7 years old again.  The packaging, though not perfect, was so darn close to the original that for a minute or two I felt like I was seeing G.I. Joe figures for the first time all over again.  I’m not a big toy-buyer these days, but it was a no brainer to walk out of the store with each one of the figures that day, and for the next two years I was constantly scouring the pegs for new figures.

It’s amazing the hold this vintage-style packaging had over me.  Though I wasn’t always in love with the actual figure redesigns, the feeling I got when picking up a new figure, seeing the art rendered against the classic explosive background, it was just awesome.  I was so sad to see the line end with the release of the movie figures, and my figure-buying has again ceased to all but a trickle.  For the most part, the anniversary line gave me an opportunity to relive the experience of picking up some of my favorite vintage figures (Cobra Eels, Flash, Zartan, Storm Shadow, Firefly, and the Cobra B.A.T. to name a few), but there were still some figures I was never able to get my hands on like Dialtone.  Though he was eventually released as a Joe Con exclusive, there was no way I could attend and the secondary market prices on that figure are insane.  None the less, it was still a good run, and I have most of my figures proudly displayed next to the computer at home… 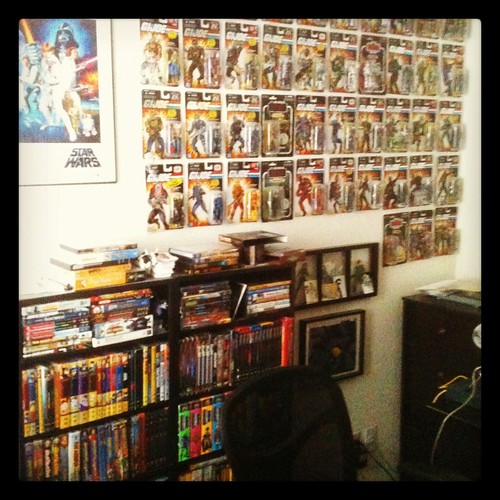 Here are some other responses to this week’s League assignment:

Christopher, Tupa’s Treasures, talks about the re-release of the Star Wars Special Editions

Dex, AEIOU and Sometimes Why, talks about the Lucas event at Star Wars Celebration 5

TL, Flashlights are Something to Eat, talks about the release of the Dukes of Hazzard Movie

Dusting off the podcast…