Alright, the insanity officially starts tomorrow.  You can head on over to the Countdown To Halloween at midnight tonight to get the full list of the 2011 blog-a-thon participants, and stay tuned all month long for daily Halloween-y articles.  As I mentioned yesterday, I’ve run out of spooky monster animation cels to share, but I have plenty of fun in store.  Along with my daily selection of vintage monster mask posts, I’ve also decided to pepper the month with some observations about Horror’s renaissance man, Vincent Price (considering 2011 would have been his 100th year on the planet.)  Granted, the Vincentennial was technically this past May, but I think the world can do with a bit more Price-y reverie.  As a sort of sneak peek I thought I’d share this reminiscence that I wrote earlier in the year for the Strange Kids Club…

Growing up in the 80s, my first introduction to Vincent Price was most likely while watching re-runs of the 60s era Batman TV show where he guest-starred as the dastardly Egghead, but he was always around haunting the odd corners of the pop culture zeitgeist.  Whether it was his turn as Vincent Van Ghoul in the 13 Ghosts of Scooby-Doo, as a pitchman for everything from monster vitamins to Tilex, or as the lonely aging Geppetto/Dr. Frankenstein-esque character The Inventor in Edward Scissorhands, Price has always been lurking in every dark shadow waiting to delight the world with his macabre presence.  It wasn’t until a few years ago that I really started taking an interest in his work (on and off the screen.)  In fact I’d never actually watched one of his films until I turned 30 and decided to dig into one of those mega-50-horror-movie-DVD-sets that you find floating around the discount bins during the Halloween season.

I’d settled on The Last Man on Earth as it sounded like a fun flick to watch on a Saturday morning, something that Elvira or Grandpa Munster would have shown on one of the UHF stations when I was a kid.  I figured this would justify the $10 bucks I spent on the set, and I’d finally get to see what all this Vincent Price hoopla was all about.  86 minutes later I sat in front of the TV in stunned silence.  I’m not sure exactly what I was expecting, but I was taken aback at how good this flick was.  The story shinned through the horribly scratchy and faded public domain quality print of the film, and though you could tell that this was a very low budget production, Vincent Price elevated the film with his masterful presence (even through the dubbing and voice-over.)  Originally released in 1964, the film bridges the gap between the Technicolor schlock and gore of Hammer and Herschell Gordon Lewis and the solemn gritty reality of Night of the Living Dead, helping to usher in a quarter century of amazingly influential modern horror.

This wasn’t the first time Vincent Price helped to change the tide for horror.  Films like House of Wax and The Fly were pivotal in endearing a new generation to monster movies in the 50s, years after the luster of the Universal heyday had almost faded away.  When you also consider his short stint as the Invisible Man (in the first sequel to the 1933 film, as well as a cameo in Abbott and Costello Meet Frankenstein), his work with gimmick maestro William Castle, and his time with Roger Corman and American International Pictures (bringing the work of Edgar Allen Poe to the screen), you can see what his reputation is cemented as the master of horror.

Though I love all of his contributions to the genre (having devoured his catalog in the last three years), I’ve found a much more personal connection to the man outside of horror.  Through a myriad of surviving audio interviews and his long out-of-print autobiography I’ve come to know Vincent Price as a true renaissance man.  His love of art knew no bounds and he spent a lifetime collecting and making it possible, though his partnership with Sears back in the 50s and 60s, for everyone to be able to own affordable works by centuries of masters.  Take a second and listen to his records narrating a trip through the Louvre, and you’ll be infected by his passion.

Strangely enough it was though his love of cooking and the culinary world that I connected with him the most deeply.  Vincent Price and his second wife Mary authored two cookbooks, A Treasury of Great Recipes and Come into the Kitchen, both featuring a wide variety of food spanning both the history of American as well as adapted recipes from restaurants all over the world.  Price also narrated a series of international culinary records that takes the listener all over the world as well as into his home with all sorts of tips, anecdotes and advice.  Though the style of cooking is firmly set in the 60s with absolutely no concern for “healthy” eating, there’s no more visceral way to connect with someone like one can over the sharing of food.  I’ve taken a cue from a couple I know and reserved special occasions as an excuse to pull the Price Treasury down from the shelf to concoct some gut-busting gastronomical wonders.  His reworking of the classic Sardi’s Meat Sauce recipe has completely changed the way I think about pasta with red sauce, and it’s a dish that I’ve cooked numerous times for friends and family.

Through a vast body of work I’ve gotten to know Vincent Price over the last few years, and it’s been a journey that’s changed the way I look at life.  I know that may sound weird and cheesy, but it’s not that often that a life examined yields so much insight into what it means to truly live.  He’s also reminded me of one of the key things that helps to keep me pointed forward and exploring.  To paraphrase the great Price, one has to be interested in everything in order for oneself to be interesting… 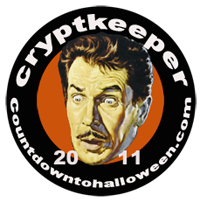 Cereal Boom is melting my brain!