This week’s PCP spotlight is on Carlin “CT” from Nerd Lunch! 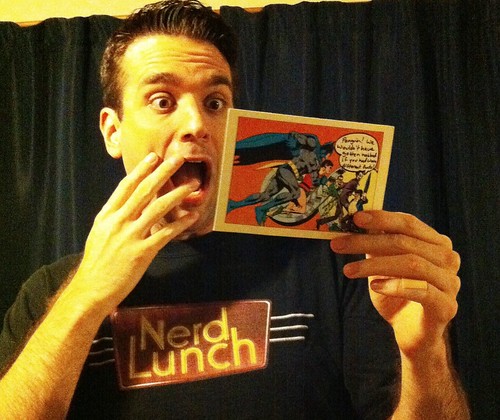 I think I originally got to know CT through twitter a couple years ago, but I’ve been keeping up with the Nerd Lunch website ever since.  CT was a big supporter of the Up! Fair, the alternative/indie comics show that I helped put together back at the tail end of 2010.  He graciously donated a bunch of copies of his short film that we gave out in our swag bag at the show.  He’s also one of the hosts of the newly launched Nerd Lunch podcast (along with another NL alum Jeeg and Paxton from the Cavalcade of Awesome.)  As I mentioned earlier, I was a guest on the second episode where we all got geeky about the Back to the Future flicks.

If you’re into all things geeky and nerdy, whether it be comic books, films, or even lunch, you should check out Nerd Lunch.  Tell ’em I sent ya!

Tiny head-shaped cockpits ARE the 80s…

The All New Branded Podcast, Episode 2…