In the immortal words of Ferris Buller, “Life moves pretty fast.  If you don’t stop and look around once in a while, you could miss it.”  Generally an apt comment on the day to day, it’s really been the tone regarding my time/website ratio lately.  More specifically, I’ve been neglecting it in lieu of crazy life junk.  That being said, October is looming and I plan on jumping back into Branded with another Countdown to Halloween Branded blog-a-thon.  I also wanted to get back in the groove of posting PostCard Project updates as I think it’s time for another round of vintage postcard goodness to coincide with the Halloween season.

Today I’d like to highlight the ever amazing talents of one Paxton from the Cavalcade of Awesome! 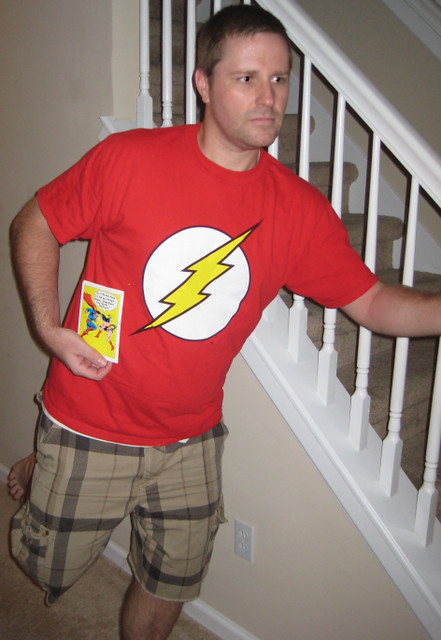 Longtime readers have no doubt heard me mention his site before, in particular during a cross-over event we did last summer where we investigated the concept of unofficial movie trilogies (with Pax linking up some party animal, ninja, and break dancing flicks while I connected the dots between the furious fists of Ralph Macchio, some extreme sports movies, and the musical violence of Walter Hill.)  Pax’s Cavalcade of Awesome, in particular his keen comic writing voice, is always inspiring me to up my game and I’ve always enjoyed discussing geeky stuff in the comments sections of our sites.

Paxton also recently joined up with CT and Jeeg over at Nerd Lunch to start recording the official Nerd Lunch podcast.  I was graciously invited to sit in on their revolving 4th chair for their second episode where we discussed the in’s and out’s of the Back to the Future flicks.

So if you get a second and want to have your mind blown with awesome, stop by Pax’s site.  You’ll be glad you did!

31 Days of Monsters: A Halfway Countdown Recap and a Contest!