Getting Along with the Littles on DVD!

As I’ve mentioned numerous times over the past year, there are really only three or four outlets left for find 80s animation released on DVD.  Of those companies, Millcreek has really been making strides to pick up titles that have fallen out of print or to produce low cost releases for some cartoons that have never seen the light of day on DVD.  In addition to picking up a number of titles from the now defunct BCI Eclipse (Bravestarr, He-Man and the Masters of the Universe, Defenders of the Universe, and Dungeons and Dragons), they’ve also struck up a distribution deal with Shout! Factory to release some of their catalog that was previously released or only available from their MOD program (namely C.O.P.S., and Best Of releases of Transformers and G.I. Joe.)  They also have a partnership with Cookie Jar which gives them access to a very large library of titles.

Well, a couple weeks ago they started shipping a trio of releases that I’m pretty excited about.  First up, they’ve released an updated version of the Littles, the Complete series in a three disc set which for the first time features all 29 episodes, the feature film (Here Come the Littles), and their one television special (Liberty & the Littles.)  Though the series have been released on DVD in the past (by Cookie Jar themselves), you could never get all the 80s era content in one package… 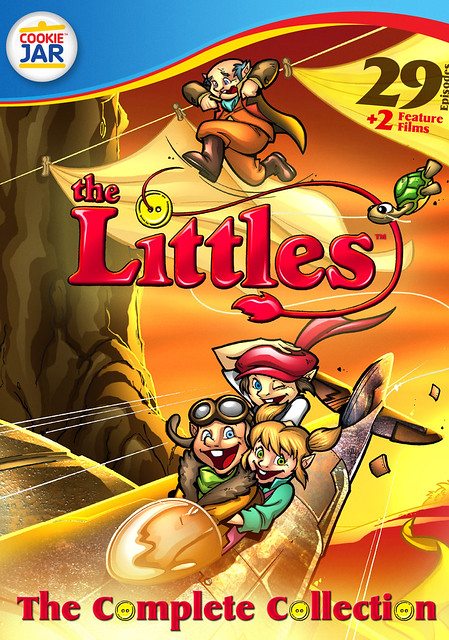 The best part?  This set is only $13, and can be found online as cheap as $9!  Like most Millcreek television releases, the discs come sheathed in individual paper sleeves which are housed in a snap-in section of the DVD clamshell cases, but at only three dics this is hardly an issue.  The video/audio quality of the discs is also the Millcreek norm, which is decent, but not quite as good as past releases.

Millcreek also released a 10-episode Best Of disc for those of us they don’t need the full series and just want to get a taste of nostalgia on the cheap.  Basically a repackaged version of Disc 1 from the Complete series release, this set includes the episodes: Beware the Hunter, Lost City of the Littles, The Big Scare, Lights-Cameras-Littles, Spirits of the Night, The Little Winner, A Big Cure For a Little Illness, The Rats are Coming-The Rats are Coming, A Little Fairy Tale, and Prescription For Disaster. 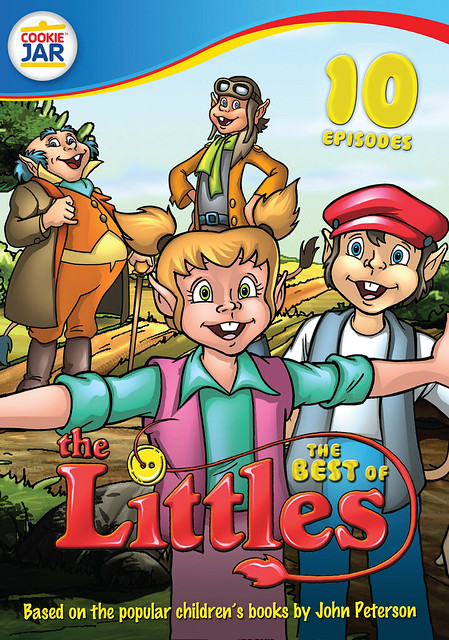 Though it’s cool that Millcreek is keeping the Littles in print on DVD, the release that I am really excited about is the Best Of the Get Along Gang! 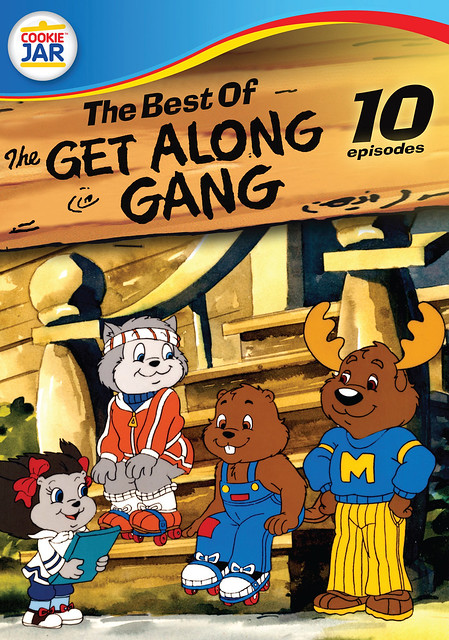 I made a pledge to myself 10 years ago that I’d try and track down at least one episode of every cartoon I watched as a kid (and considering I grew up in the 80s, that’s a tall order), so I always get floored when a series is released on DVD for the first time ever.  The Get Along Gang is truly one of the staples of Saturday Morning Cartoons from the 1980s, and it bridged the gap between action fare (like Dungeons & Dragons or Mr. T) and the more “good for you” content of PBS (like Mr. Rodgers or Sesame Street.)  Originally created for a series of greeting cards (much like another anthropomorphic set of critters, the Shirt Tales) and stationary, these characters made their first jump to the small screen on Nickelodeon back in 1984 in a single pilot episode created by the Nelvana company (which you can catch on youtube, part 1, part 2, and part 3.)  When the show was picked up for a series it was brought over to DiC Animation and then aired on CBS for three seasons consisting of a total of 13 episodes (each with two 11 minute segments.)

The series centers around 6 main characters, Monty (the moose), Dotty (the dog), Woolma (a sheep), Zipper (a cat), Bingo (a beaver), and Portia (a porcupine) who hang out in a train caboose clubhouse and have adventures around their town.  Each episode typically features a moral of good behavior, as well as a run-in with the town bully Catchum (an aligator) and his toady Leland (a lizard.)  Going back and watching some of the episodes for the first time in almost 30 years I was surprised at how well they hold up.  Sure, they’re a bit hokey and stress the “goof for you” aspects of children’s programming, but there was much more adventure than I was expecting/remembered.

The one thing that really bugs me about this release though is that Cookie Jar/Millcreek decided to only put out 10 of the 13 total episodes.  I’m having a hard time getting my head around the logic behind holding back three episodes.  Generally the price of production would pop up as a reason why, but when you compare this release with that of the two Littles DVDs, money really doesn’t seem to be a factor.  Even if they would have included a second disc I doubt it would have inflated the price point much, I mean the difference between the Complete and Best of Littles sets are only $3 (and that represents 19 additional episodes and 2 feature films.)  Though they might release a second disc in the future, I have a feeling we’re never going to see it.  I’m not sure if there was an issue with the master tapes on these cartoons, or if there is some other reason why they chose not to release these three episodes.  Personally I really think they dropped the ball on this release.

On a positive note, I have copies of the Littles DVDs to give away this week.  To enter for a chance to win a copy of either the Complete Littles DVD set (1st place winner) or the Best Of disc (2nd place winner), head on over to the Branded in the 80s Facebook page (like it, if you haven’t) and leave a comment/response on the discussion board under the Littles DVD Contest thread with the name of your favorite Littles character. I’ll be picking a winner at random on Monday, August 8th at 2:00pm est.  Remember, these are region 1 DVDs, so if you’re an international reader take note. Good luck!