**UPDATE**  The winner of this set has been picked!  Congrats Mark H.  I’ve notified you via the Facebook messaging system.  Stay tuned next week for another DVD giveaway!

With the new Thundercats revamp set to launch on July 29th on the Cartoon Network I thought it would be a great time for a new contest! 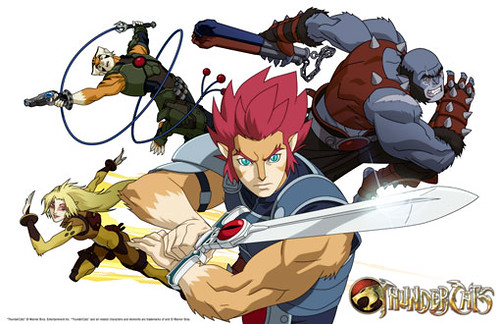 I’m sort of psyched to see where new production team takes this new series even though I’m a pretty big fan of the Rankin/Bass original.  I’ve always been impressed by how insane the Rankin/Bass animation villains were in shows like the Thundercats and the Silverhawks, and it would be really cool to see if this new series can match that old intensity.

Anyway, back to the contest, I happen to have an extra copy of the Warner Bros. original season one, Volume one DVD set, which contains the first 33 episodes (including the episodes that form the pilot movie)… 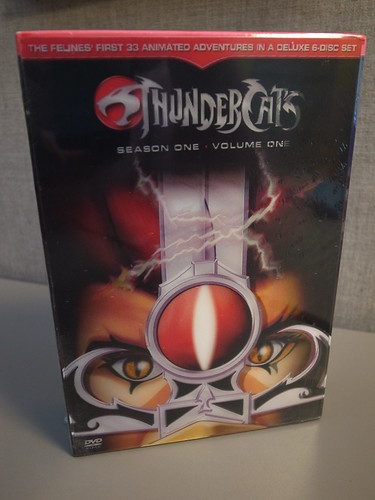 So, to enter for a chance to win this copy of the Thundercats Season One, Volume One DVD set, head on over to the Branded in the 80s Facebook page (like it if you haven’t) and leave a comment/response on the discussion board under the Thundercats DVD Contest thread with the name of your favorite Thundercats character.  I’ll be picking a winner at random on Thursday, July 28th at 2:00pm est.  Remember, these are region 1 DVDs, so if you’re an international reader take note.  Good luck! 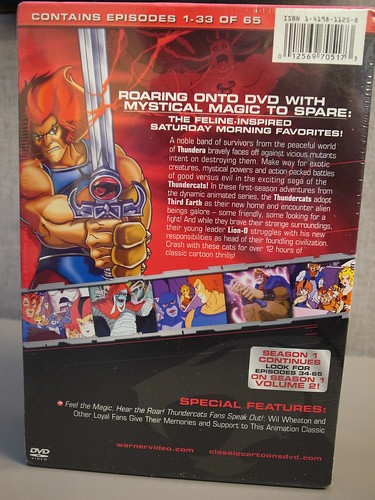 Sugary Serials issue #1 is now being serialized as we speak…