Well, as I’ve hinted at in the past month, the house of Branded was visited by none other than that crazy stone-faced, logical Vulcan Spock!  I recently played host to Eclectorama’s traveling Spock Mego figure on it way around North America, and it was my duty to show him a good time around Duluth, Atlanta, and Athens, Georgia.  Well, the pictures are back from the photomat and they’re up over at Charles’ site!  So click on the picture of Spock below to skate on over to see his vacation photos! 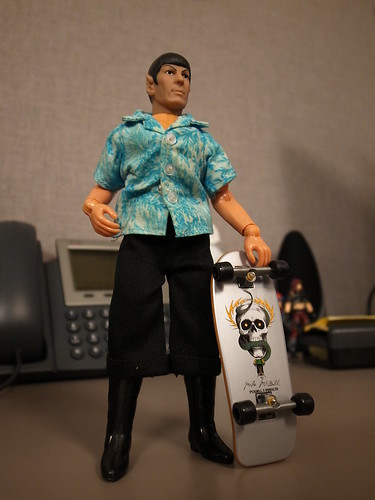 I had a lot of fun with Spock and was a little sad to see him go, but on the bright side, I handed him off to the wonderfully talented Liz Vitale of Puppatoons fame, so I know he’s in good hands.