Can you imagine the Kirby Crackle in your mouth? It’s the sound of the war agaisnt the Tooth Invader!

So in 1983 the various companies making toothpaste decided to bring their product competition to comic book pages in the form of some dramatic stories aimed at kids.  Brushing your teeth was no longer a chore, it was WAR, and Crest and Aim were enlisting kid’s help in defeating cavities all over the country.  On Tuesday I shared a couple Crest comic ads that were a bit weird, but overall kind of boring.  Today I’m going to focus on a much cooler ad campaign from the makers of Aim, that features one of the coolest advertising gimmicks I’ve ever seen… 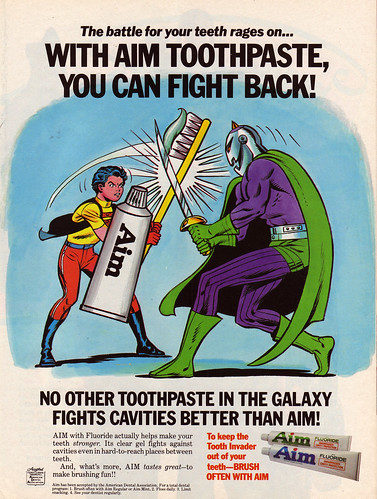 Before I jump into the gimmick, I thought I’d start with the above, which was the basic full page ad that ran in magazines during 1983.  It has an awesome concept with the sword/toothbrush battle that’s unfortunately marred by the weird addition of a tube of toothpaste obscuring our view of the full action.  That aside, I love the design on the villain character, the Evil Tooth Invader.  He’s a cross between a swashbuckling space pirate and the Marvel comics villain Ultron.  I honestly think I would have cared about brushing my teeth more as a kid had I thought this guy was running around causing all sorts of shenanigans in my mouth.

Anyway, the ad agency that got the Aim account was totally on their game when they decided to come up with campaign based around offering a full on, eight-page removable storybook in magazines back in 1983.  Not only was it hard to pass up while flipping through an issue of Muppet Magazine, it was filled to the brim with Jack Kirby-esque artwork that was totally leaping off the page… 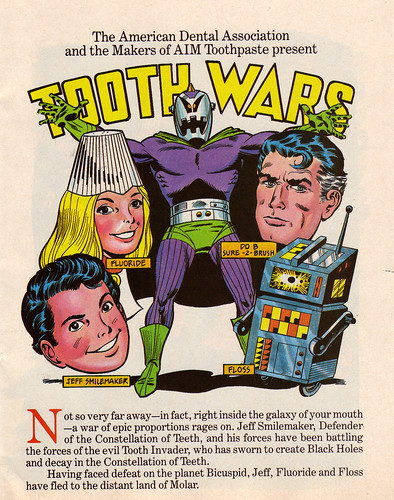 The story is set in the galaxy of your mouth, near the Constellation of Teeth, on the planet Molar.  We join Jeff Smilemaker and his companions, the lovely Fluoride and their robot friend Floss, right after being defeated in a battle with the evil Tooth Invader and his Plaque Troops on the planet Bicuspid.  While resting on Molar and attending to their wounds, the three happen upon a strange crystalline creature named Sugar who they hope will help them in their battle against tooth decay.  But the three are soon besieged again by the Tooth Invader and his horde of Plaque Troops. Will sugar help them?  Will they win out against impossible odds? 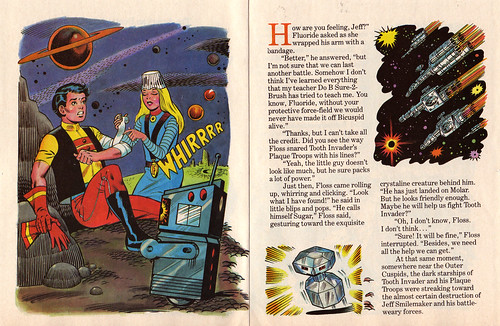 Honestly, this story, though derivate of Star Wars and a million other action stories, is so damn cool I don’t even care that it’s an advertisement! 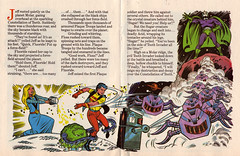 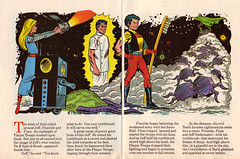 If all advertising was done with this level of awesome, I think I would probably have been inspired into the ad game as a career choice.  Seriously, I want another chapter in the continuing adventure of Jeff Smilemaker and the gang.  I’m curious about the time they got stuck in the pit of Gingivitis and had to fight the tribe of abscessed tooth monsters! 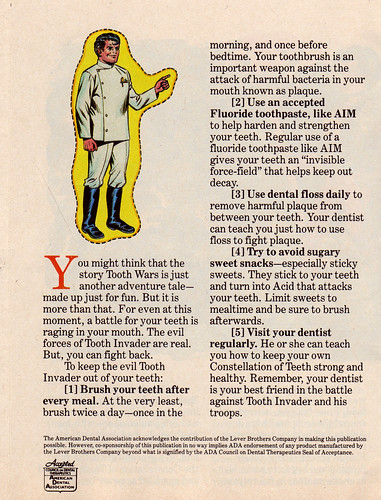 Seriously, I wonder if there were any other Aim storybooks created during the early 80s?

Vintage Electronics Art and a Contest!

Breaking into The Impossible Fortress