Forget Thanksgiving, Come Visit Me at the Up Fair in November!

I thought I’d step up out of my post holiday malaise for a second and announce something just absolutely super-cool.  On November the 19th & 20th, at the Carnegie Center for Literacy & Learning in Lexington, KY, the very first Up Fair will be held! 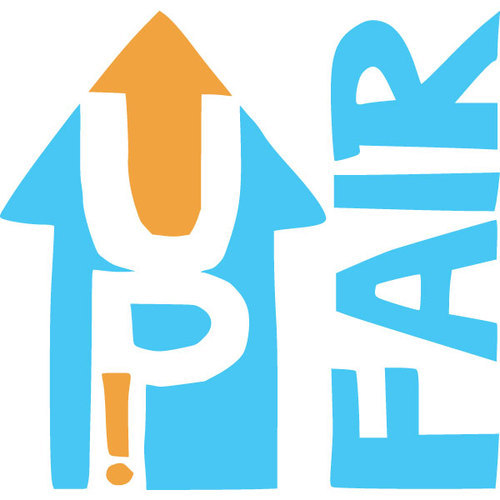 So what’s an Up Fair you ask, well in a nutshell it’s a symposium celebrating independent creative artists, writers, and print publishers, providing a venue for sharing thoughts and ideas on the process of creating comics, as well as other forms of independent publishing (including zines and books.)  Basically it’s an answer for those who are frustrated with the larger comic conventions and who find that there isn’t a whole lot of room for truly independent self-publishers in the over-priced, low-traffic Artist Alleys of most mainstream shows.

In addition to an exhibitor’s hall, there’s also going to be all sorts of hands on workshops (screen printing, character design, process, self publishing, making mini and boutique comics, etc.) for all skill levels (novice to professional) lead by range of talented artists and writers.  There will also be an art exhibit as well as other activities (like a Drink & Draw social the evening before the convention.) 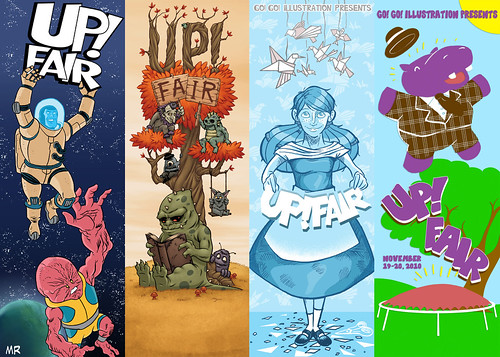 The Up Fair is the shared brainchild of a great pool of independent artists including Mark Rudolph, Kevin Cross, Sara Turner, and Anne & Jerzy Drozd (whose artwork you can see above in that order.)  Between the five of them they bring decades of experience in comic and print making, as well as teaching at a professional level.   My wife Carrie and I have also wormed our way into the organizational committee and we can’t wait to start recruiting artists and publishers and getting the finalized programming nailed down.  Best of all, this show is completely FREE to the public, and being in Lexington it’s centrally located so we’re hoping to have a wide and varied turnout for what promises to be a really fun experience.

For more information on the show, please check out the Up Fair website and download episode 116 of the Art & Story Podcast for the official announcement and mission statement from the organizers.  You can also get updates on news, guests, and programming by subscribing to the Up Fair RSS feed, as well as following the Fair on Twitter.  If you’re interested in exhibiting at the show, stay tuned as we’re finalizing the jurying/registration process.  Finally, if you’re interested in helping to support the show, a great start would be spreading the word and linking to the Up Fair site.

Where the Sidewalk Ends…

Don’t make me angry, you wouldn’t like me when I’m angry…