John Cawley will help you Get Animated! 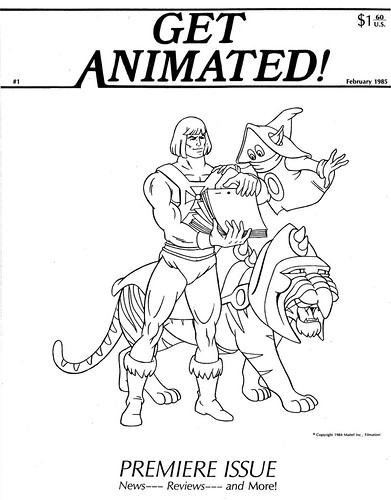 All around great guy, plastic robot junkie, and iron-fist ruler of the site Please Save Me Robots (now in it’s apocalypse edition) Esteban recently turned me on to John Cawley’s website where he’s selling issues of his vintage fan/professional magazine on 80s animation called Get Animated!, which he originally put together and edited between 1984 and 1986.  The zine includes articles written by fans and pros alike and you can pick up copies of the six available issues on a nice CD-rom for $12.  This is the sort of thing that I’ve been dying to find for a long time.  There really weren’t any magazines covering animation during the 70s and 80s, and the ones that were like Starlog, Famous Monsters, and the like really only did the odd review here and there and almost entirely ignored stuff geared towards television.

Get Animated! is the closest thing I’ve found that would resemble what it would have been like if the internet and the blogosphere had been around at the time.  The whole zine movement of the 60s through the 90s is pretty much a mystery to me, and I still haven’t found a very good “in” on where to find back issues or scans.  These are the sort of fan-run projects that deflated when the internet really caught on, and a lot of these guys seemed to pack it in instead of making a splash online with their projects.

Anyway, back to GA!, I’ve been reading through the issues and there’s a ton of great content, not to mention an articulate peek at the perspective of animations fans during the era that I love so much.  I was only seven when the first issue of GA! Started making the rounds, so I was too young to appreciate training a critical eye on shows like He-Man, Robotech and the Mighty Orbots, but thankfully there were guys like Cawley who were.

Speaking of Robotech, in that first issue there’s an interesting piece on the impending reworking of Macross for an American audience.  It covers Harmony Gold’s two pronged plan of attack, hoping to establish a fan base for Japanese animation in the States by releasing Macross in two packages.  The first would be a faithful direct to video English dub of the first three series episodes edited into a film with the violence intact, but removing a lot of the repeated sequences.  The plan was to release the entire series edited into seven feature length films, direct to VHS, keeping the tone and story as faithful as possible.   These releases hinged on the success of the first release though.  The second prong of the attack would be a more kid-friendly re-dub of the series repackaged as Robotech, which we of course got and it was a modest success.  Because of the confusing and mired history of home video releases of Macross, I can’t say for sure, but my guess is that the original faithful dubs weren’t a success because I don’t remember getting introduced to Macross proper until the mid to late 90s.  It’s interesting to see that Harmony Gold had the best of intentions while importing the show.

This is the sort of perspective I’m really thankful was recorded with a zine like Get Animated!, and even though it only last for six short issues, it’s still a treasure trove of information for an animation buff into 80s cartoons.  There’s also articles on He-Man, the Mighty Orbots, the Muppet Babies, Cosgrove Hall and Danger Mouse, as well as great studio guides, reviews, editorials and vintage news.  I can’t recommend these enough… 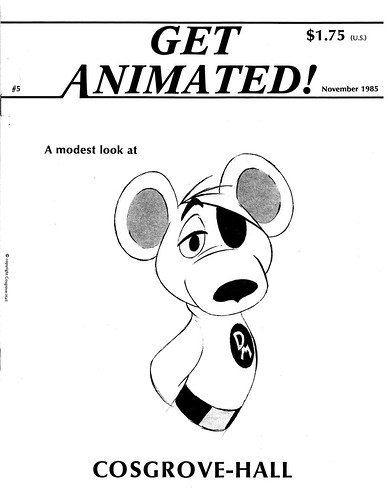 Again, head on over to Cawley’s site where you can find these as well as some other great animation treasures like the text to a book he wrote on the Don Bluth company.