More fun coming from Shout! Factory as well as some other 80s cartoon on DVD news…

I thought I’d take a second to pimp some more DVD sets that I’m really looking forward to picking up.  As I’ve mentioned like a million times in the last couple months, Shout! Factory is releasing the complete Transformers and G.I. Joe on DVD in various formats.  For those of us who prefer to buy in installments, there are a couple new releases coming.  Newly announced is the Season 2 part 1 set of Transformers… 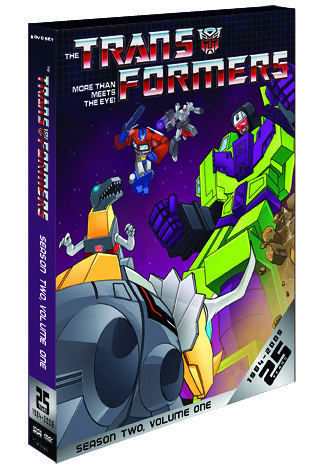 …which is set to be released on September 15th.  It’s currently available for pre-order for around $27, but if the pricing pans out like the first set then the closer it gets to release I’d expect to see it drop to around $20.  I’m really digging the Devastator vs. the Dinobots cover art on this one, though I could take or leave the re-purposed Optimus & Megatron in the BG.

The other set comes out today! 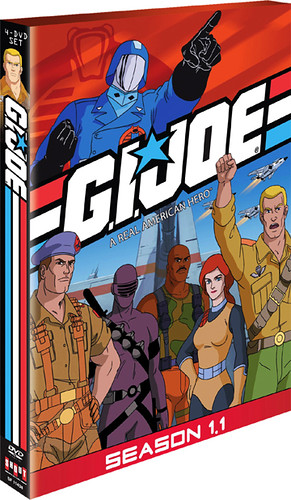 G.I. Joe season 1.1.  Not only is it immediately available, but it’s also dropped in price to a measly $17!  So if you don’t have the original mini series on DVD and you want to watch it to bone up on the content of my recent contribution to the Saturday Supercast (where we talk about the 1st Joe mini), then I think it’s time to pick up a copy.

Also, apparently in the wake of the demise of BCI Eclipse, it looks like Mill Creek is picking up some of the in limbo cartoon licenses.  On August 25th you’ll be able to pick up re-released editions of the Dungeons & Dragons cartoon… 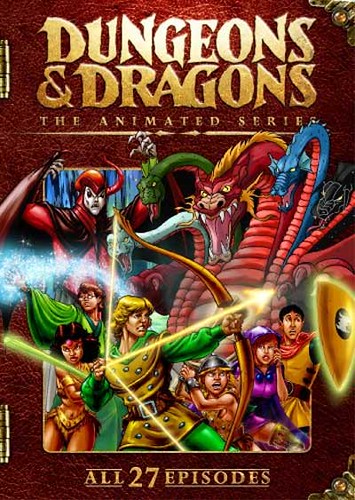 You’ll be able to pick from either the Complete series edition above or a single disc edition that has the first nine episodes below. 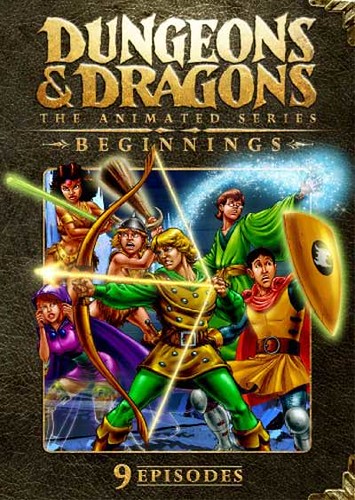 On the one hand I think this is pretty cool as I hate seeing 80s cartoons go out of print on DVD.   Not only does the after market price get ridiculous, but it keeps new generations of fans from the shows.  Granted, I’m sure most kids these days wouldn’t respond to 80s cartoons like a lot of us did back in the day, but it’s a possibility that I’d like to think is out there.  Of course, the downside here is that Mill Creek doesn’t exactly have a great track record of quality releases on DVD.  Not the properties they release, but the actual video/audio quality.  They’re the guys who churn out those 50 movie box sets (as well as 250!) with tons of public domain material, or the 150 PD cartoon sets that clog up Wal-mart dump bins.   They’re also responsible for those recent Teddy Ruxpin sets that seem to have gone straight to the dump bins (you can get the entire 65 episode run on Amazon for $10 new.)  I picked up one of those sets and the quality was decent enough to watch but it left a little to be desired.

Luckily the Dungeons and Dragons cartoon was already digitally preserved by BCI, so hopefully the transfer will be good.  Of course, Mill Creek, specializing in discount DVDs, has condensed BCI’s 5 disc set onto 3 discs for the new complete series release.   I’m also betting that any of the BCI special features will not be ported over.  I do like some aspects of the new cover art. I don’t like that they’ve massacred the original BCI art with a horrible photoshop gone mad look, but they did add some nice action to the poses and included Venger.  But I have to hand it to them; the set is available for pre-order for only $13!  That is a steal and a half, especially if the video compression doesn’t matter as much to you.

Mill Creek is also set to release the 2002 Mike Young Productions He-Man cartoon in a very similar format to the D&D sets.  One will be a complete series, and another the first 9 episodes.  I’m wondering if any of the Filmation titles might be coming soon after (like the original He-Man cartoon which is currently going out of print, as well as other OOP titles such as Ghostbusters, She-Ra, Bravestarr, Defenders of the Earth and the Groovie Goolies.)  It would be cool to see them kept in print, even in lower quality editions.

Anyway, if the stars align correctly, we (Jerzy Drozd, Kevin Cross and I) should be releasing the second half of the G.I. Joe episode of the Saturday Supercast later this week (you can snag the first part at Sugary Serials, or download it here, episode 19.)  I’m also going to post another Cartoon Commentary! featuring the second episode of the original G.I. Joe mini series, Slave of the Cobra Master.

Oh wow man, that Tayble really ties the room together…