Just found out that another one of my favorite TV Shows is finally coming to DVD, the awesome (in my opinion) Tales From the Darkside! 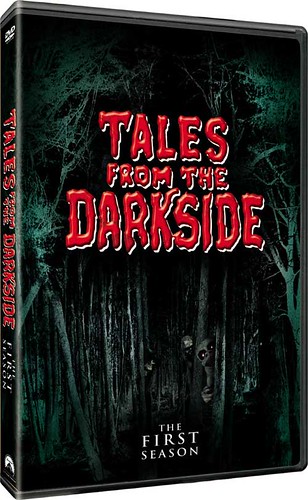 Though I missed out on shows like the Twilight Zone, Night Gallery, and the original Alfred Hitchcock Presents (for the most part), I was weaned on horror though episodes of Tales From the Darkside, as well as other similar anthology shows like Monsters and Freddy’s Nightmares.  In fact one of my favorite guilty pleasure movies is the Tales From the Darkside flick starring Debbie Harry, Buster Poindexter, Christian Slater, and Steve Buscemi.  I’m so excited to finally get a chance to relive the experience of watching this great series again.  The best part is that the release looks to be priced rather cheaply at around $30 a season.  I can’t wait for February 10th to get here!

A Good Thing About Moving…