During this past Halloween season the wife and I were browsing around some of the outlet stores in North Georgia and I had another one of those lightening strike nostalgic moments while in an antique shop.  Sitting on top of a stack of old records was a copy of Scooby Doo and the Mystery of the Rider Without a Head record and storybook issued by Peter Pan records back in 1977.  I’ve mentioned this feeling before, but it’s my favorite sort of nostalgia moment, the kind when I can’t believe I forget whatever it is that made me slap myself upside the head with disbelief.  There are plenty of these bits of pop culture flotsam and jetsam that I come across that will put a smile on my face or make me stop for a second and say “Huh”, but it’s really a great an rare feeling when I feel like a part of me has been lost and is there sitting in front of me again. 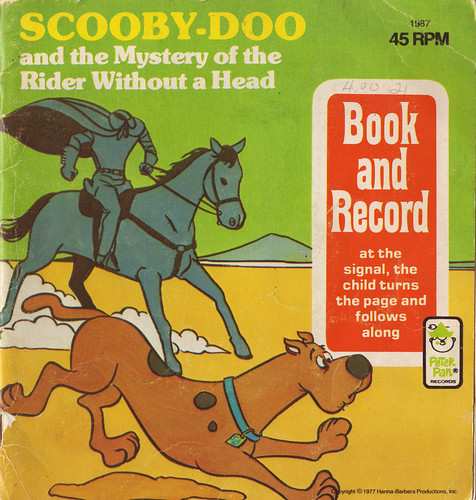 This particular book must have been a hand-me-down from my sister as I was born the same year it was released and probably wouldn’t have used or appreciated it until I was five or six.  I’m also not sure how often I actually listened to the record as I didn’t recall much when I listened to it recently… 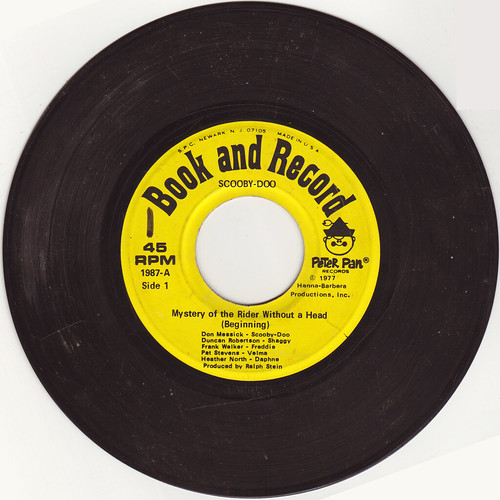 (You can listen to the record at the great read-along site, the Secret Cavern of Read-Along Treasures.) What really grabbed me when I found this in the antique shop, and what I really remember pouring over as a kid is the interior artwork.  Unfortunately the artist on this particular book wasn’t credited, and I have a feeling it’s because it was more of a quickie in-house art department rush job as opposed to shopping the work out to freelance talent. 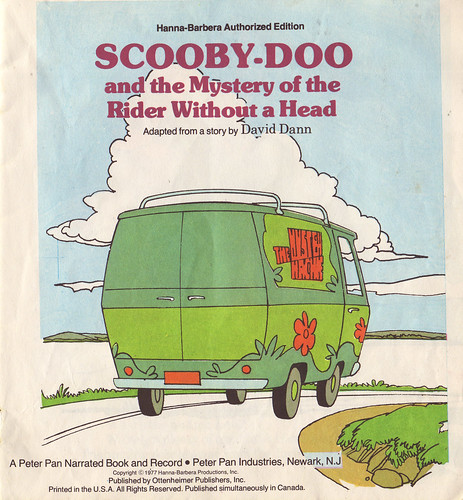 Honestly, looking back at this stuff so many years later I have to say that I’m a bit underwhelmed at the quality.  Actually it’s pretty sloppy in a lot of places, smacking of a bad tracing job.  The line work is very stiff with almost no grace or variance to the line width and weight, but even for all of this, I still love it.  It makes me feel like I’m six years old again… 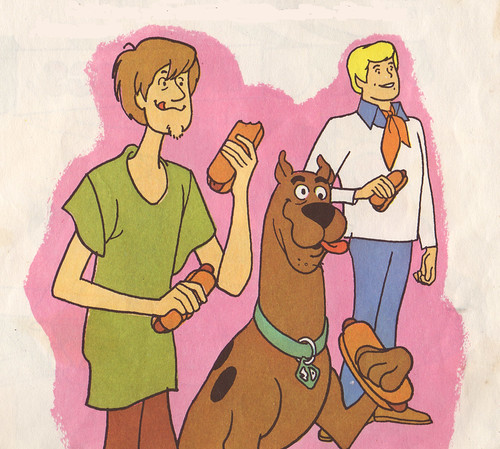 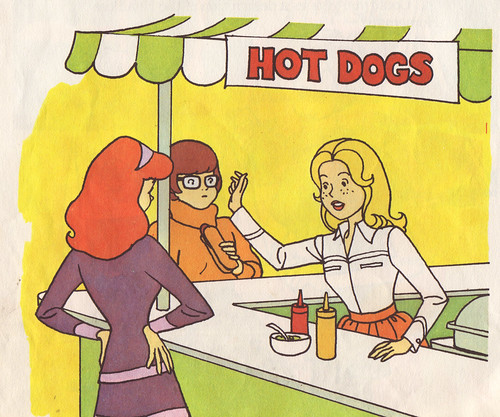 My favorite bit in the book is the Rider Without a Head, not only because of the monster-esque subject matter, but because the character is rendered with the most detail and attention throughout.  In fact, the stiff art style paired with the watercolor in the book reminded me of the work of one of my favorite artists, Quinton Hoover.  When I started playing the Magic: the Gathering collectable card game back in the mid 90s, Hoover artwork was the one that really stood out and spoke to me.  I’m a big fan of the exacting lines and the colored pencil & watercolor work in the color.  It’s the essence of comic book art, minus the thick black shadowing.  There’s something in this type of clean line work that makes me think of cartoons or the type of simple effective illustration used in product packaging. 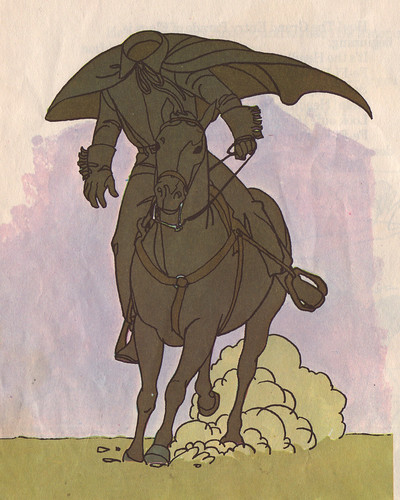 Even though the artwork in the Scooby Doo book isn’t nearly as elegant as Quniton Hoover’s work (example of which you can see here and here), it makes me wonder if spending hours pouring over the book helped to predispose me to enjoying this sort of clean style (though obviously there were the hundreds of hours of cartoon watching and comic book reading that didn’t hurt.)  Looking at the pieces above and below, I really do see a close connection to Hoover’s style, so much so that I would have to say that there is some sort of connection (as tenuous as it seems.)  At the end of the day it’s another piece of the puzzle at least. 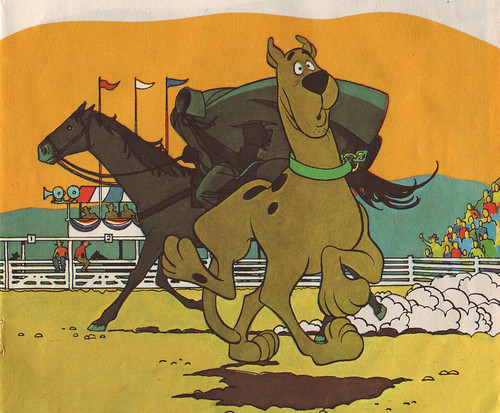 On a side note, I thought it was interesting how on-model the above image of Scooby is compared to the art in the rest of the book.  You see this exact same pose repeated in the final image in the book, again leading me to think that a good bit of the artwork was traced from other existing Scooby Doo work. 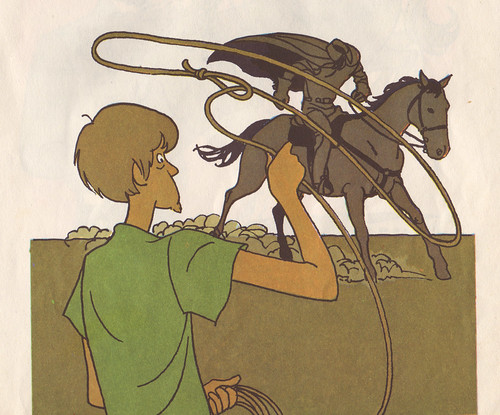 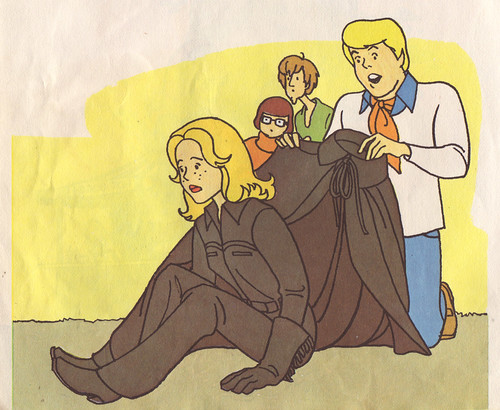 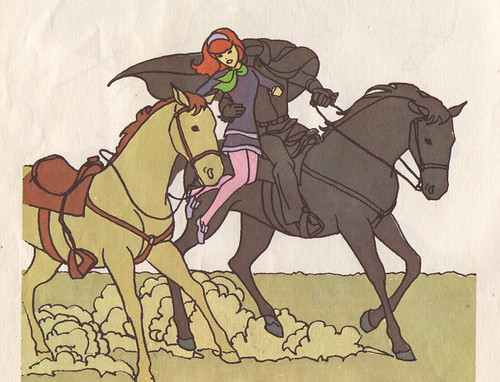 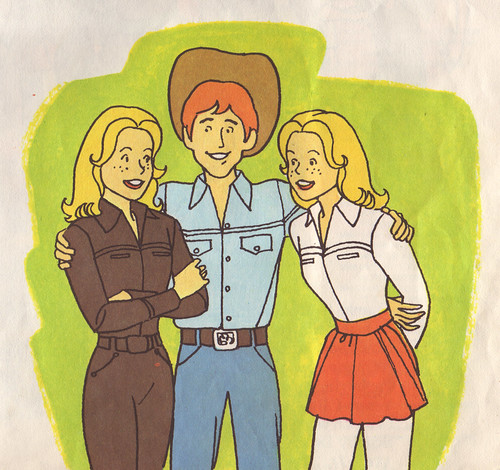 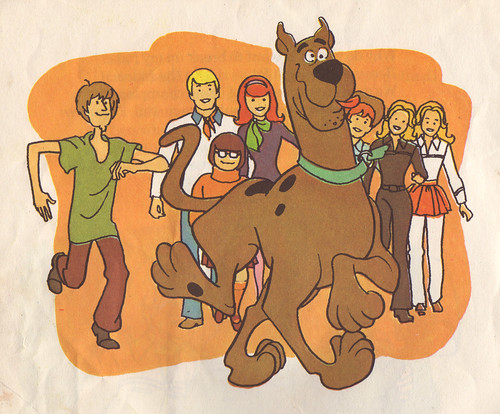 Though I had a handful of other read-along storybook and record sets (namely Gremlins, Indiana Jones and the Temple of Doom, and the various weird Star Wars exopanded universe books like Planet of the Hoojibs), I don’t remember if I had any others released by Peter Pan Records.  I seem to remember the company character icon pretty well though.  I wonder if it was from pouring over this Scooby Doo book so many times? 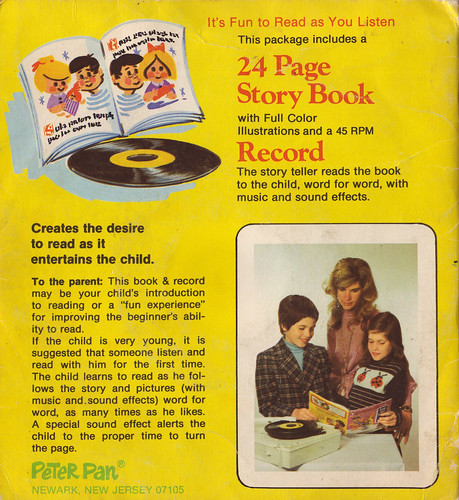 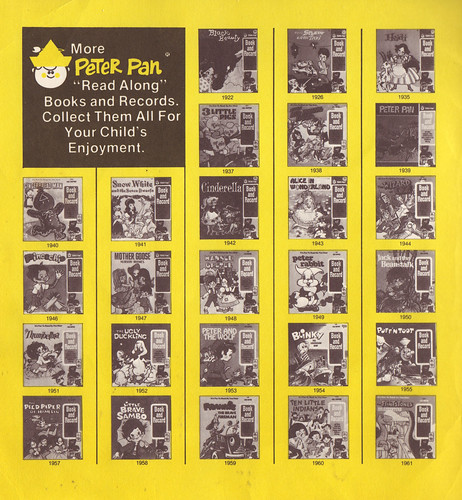 Say you don’t want it…