Art & Story interview with the voice of Flint, Bill Ratner! 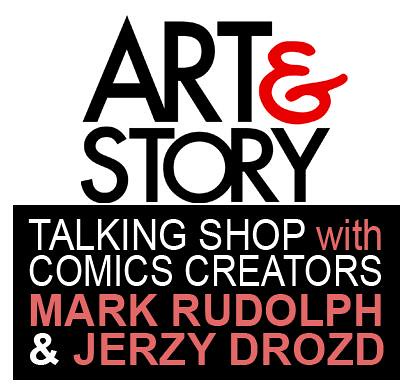 Just wanted to pop out of my post Halloween hibernation for a second and point to the new episode of the Art & Story podcast (hosted by Mark Rudolph and Jerzy Drozd.)  Jerzy & Mark have been lining up some awesome interviews on the show lately (in particular their recent conversation with animation giant Tom Sito), and this week they got a chance to speak with the very awesome and talented voice actor Bill Ratner, who was responsible for bringing the character Flint to life on the G.I. Joe cartoon!  If you haven’t seen G.I. Joe (here’s an example of his portrayal of Flint), you’ve probably heard him narrating movie trailers, and most certainly in commercial voice-overs.  I highly suggest you give the show a listen, and check out the archives as the duo has really done a great job deconstructing the process of storytelling as it relates to making comics (as well as hitting other areas.)