Day 21 of the Halloween Countdown: I wonder if raisin flop sweat is sickly sweet?

Well, the day job is certainly doing its level best to impede my work on the Halloween countdown this year.  I’m not writing to complain about the woes of the working life though, nope, I’m here to share a crazy piece of Halloween-y goodness (one endorsed by the California Raisin Advisory Board none the less.)  For today’s entry into the countdown I present the wackiness that is the California Raisins in A Haunting We Will Go! (circa 1988.) 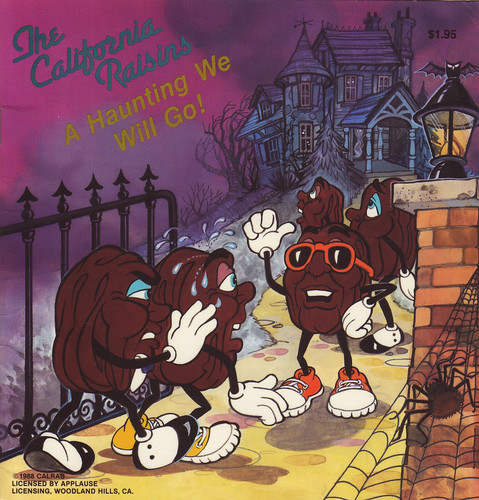 The book was written by Mark W. Lewis and illustrated by the elusive Pat Paris Productions (elusive because the only info I could find on the world wide intertubes was that she/they illustrated not only the rest of the California Raisins books, but also Lady Lovely Locks and the Pixietails books as well.) 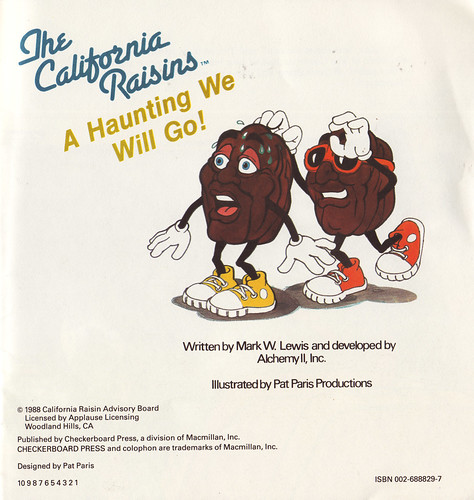 The story is pretty simple (how could it really be all that convoluted anyway), everybody’s favorite sun-dried R&B a cappella choir runs out of gas late at night near a broken down abandoned manor that just so happens to be the site for some ghostly birthday celebrations.   The ghosts have a broken phonograph and a need to boogie, and the Raisins can’t stop boogie-ing if they tried and need a place to crash.  Hilarity and a good dose of Scooby Doo inspired antics insue… 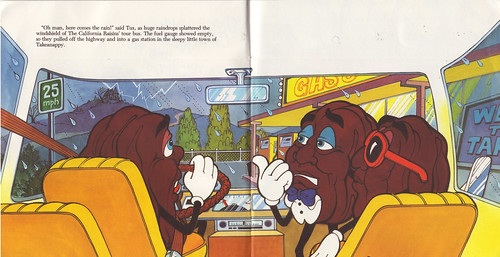 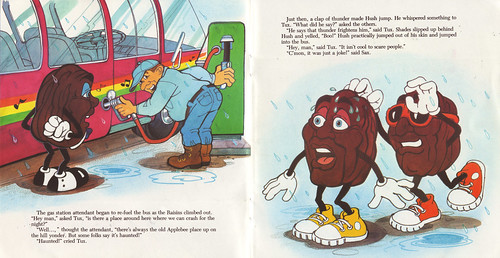 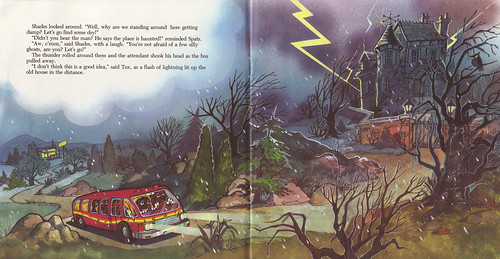 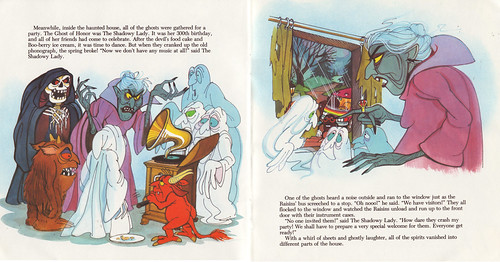 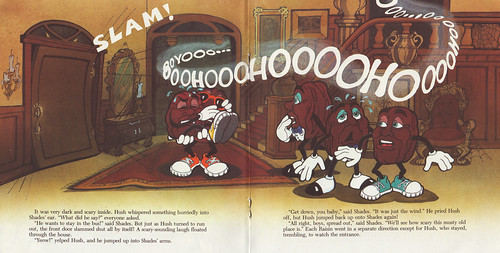 I was surprised by the art in the book. It’s not amazing, but it’s still pretty fun and I like the wrinkly style (especially in the 300 year old Shadowy Lady.) 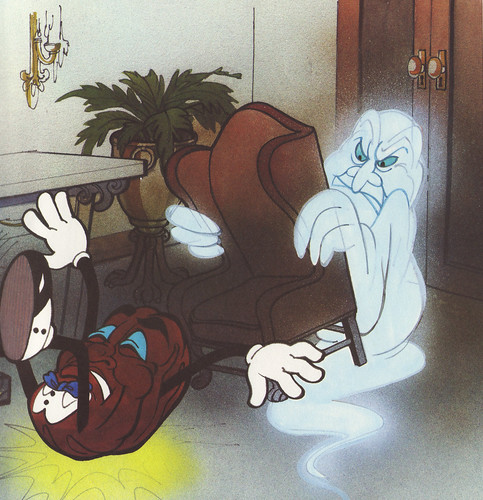 I’ll tell ya, I’ve never seen a group of raisins secrete so much flop sweat in my life! 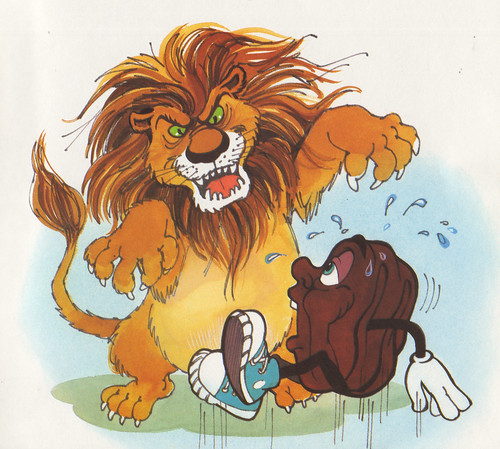 I do have to say that even though I’ve been aware of the raisins since their inception, I never really paid all that much attention to the story or characters.  After reading the book I’m sorry to say that they don’t get much deeper than the goofy claymation commercial shorts they originally starred in.  Proof of this can be found in their names (Shades and Tux are a couple of the amazing examples of how deep the character design goes…)  I never had any of the Raisin’s swag, but I always wanted some of the little PVC figures you could get at Hardee’s when you ordered their raisin biscuits for breakfast. 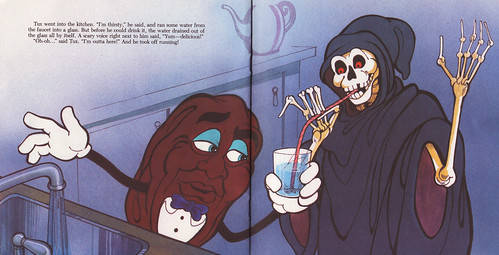 Anyway, the Raisins are another shinning example of anthropomorphized food items that should turn kids off of eating the sun-dried fruit (“Mommy, I don’t want to eat Shades, he’s my friend!”), but ironically fueled a temporary fire of raisin purchases in the 80s.  Weird. 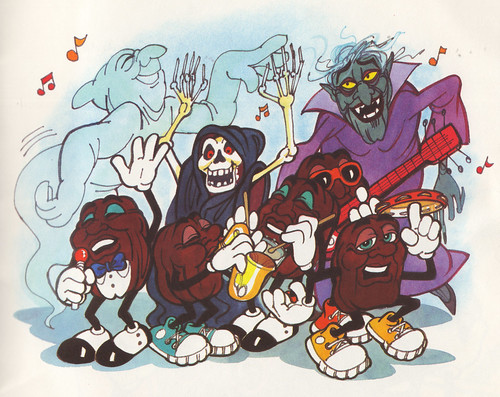 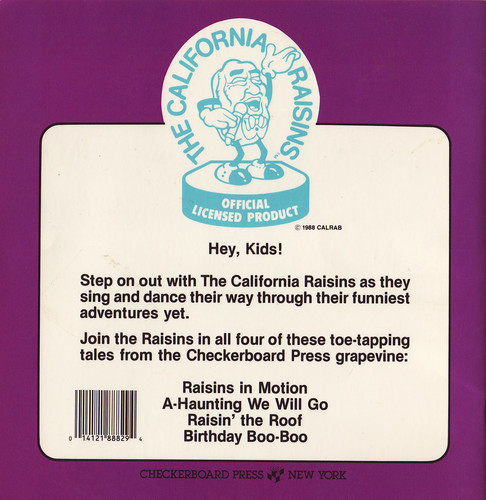 Thrashor is the Master of the Radical Universe

Return of the 31 Days of Monsters, Day 24: Vampire Gargoyle!

Command considers us a bunch of losers, but we’re gonna do it right because we’re the best…