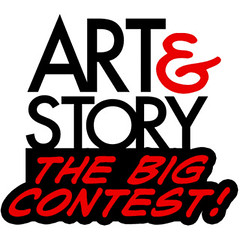 I thought I’d take a second and both throw out a shout to a really fun contest that the Art & Story podcast (hosted by Jerzy Drozd and Mark Rudolph of Sugary Serials) is running as well as posting my entry.  I don’t typically dabble all that much in sequential art, but the idea was too much fun not to try.  Basically the contest is a variation on a project that Jerzy, his wife Anne and Mark have called 12/12 (details are located here) where they randomly pick 3 newspaper headlines and three items and then they try and hammer out a six-panel comic working it all together.

If the concept sounds interesting, check out the Art & Story podcast, listen to a couple episodes (in particular this episode which details the 12/12 project) and then take a crack at making a comic yourself.  The winning submission will be drawn randomly from all received and will be rewarded with a jackpot of fun comics including everything Jerzy and Mark have published (that they have in print) and a bunch of comics culled from the quarter bins during this past Wizard World Chicago (I was there during the hunt and there are some choice items for sure.)

Anyway, here is my submission. Can you guess which items and headlines I had to work with (from this posted list?) 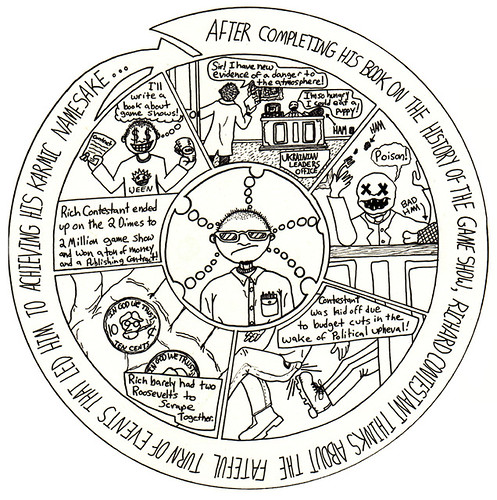 Day 5 of the Halloween Countdown: Waiter, there’s Halloween in my Cartoon Commentary!