Peel Here #72, Our cruisers can’t repel firepower of that magnitude!

Well, though I’m a few days late on the actual anniversary, I thought in honor of Return of the Jedi’s 25th I’d post some of the sticker cards that were released by Topps back in 1983.  There were actually two sets of ROTJ cards and stickers, and from what I can tell these are from the 1st set…

ROTJ is such a weird beast for me when compared to the other two flicks.  Being born a month or so after the release of the first film, and only being 3 when Empire came out sort of negated me from really having the feeling that I got a chance to experience them first hand.  When Jedi came out though, I was 6 and doing my best to play catch up with the lore and merchandising of the first two films (I had an army of figures by that time.)  When Jedi hit it seemed like the biggest event ever (at least in my insular little world) with all of the toys and product tie-ins.  All of a sudden my entire room was covered in one movie’s merchandise, from bed sheets and posters to all of the toiletries in the bathroom (I was washing my hair with Chewbacca shampoo, washing my body with a bar of Luke Skywalker soap, and brushing my teeth with an Ewok tooth brush.) 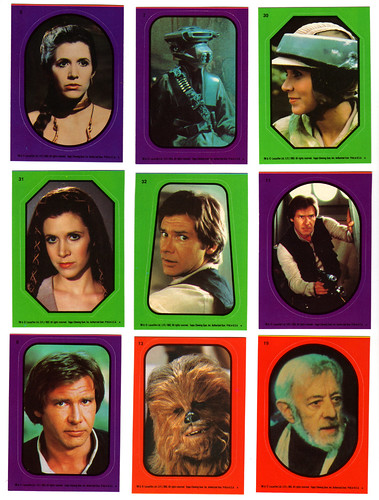 Later on this film in particular became my favorite in the series because it was the installment I got a chance to see the least often (my parents bought copies of the first two on VHS) proving the whole absence makes the heart grow fonder concept.  It never occurred to me how different a good portion of this film felt in relation to the other two, what with the obvious child-friendly aspect to the Ewoks, to the multiple singing and dancing scenes.  Heck, even though I’m more of an Empire guy these days, I still can’t help but love a lot of aspects to this film, more than anything else the inclusion of the Mon Calamari race and characters.  I’m a pretty big Admiral Ackbar fan truth be told, though besides my leaning towards everything squid-like, I couldn’t tell you why.

I think I only had a handful of these stickers growing up; I remember a series of off-color puffy stickers much more vividly.  I think Topps did a pretty good job of capturing the majority of the ‘good characters’ in these stickers.  On the other hand, they really dropped the ball on including any of the Imperial characters, namely Vader, the Emperor or the Royal Guard.  I haven’t seen the stickers from the second series of ROTJ cards, so maybe these characters are covered there.  Actually now that I’m thinking about it, I guess there really are a lot of characters missing considering the size of this sticker sub set (at 33 cards.)  Why give the Max Rebo Band three separate stickers and then neglect to include one of the Rancor?  Oh well. 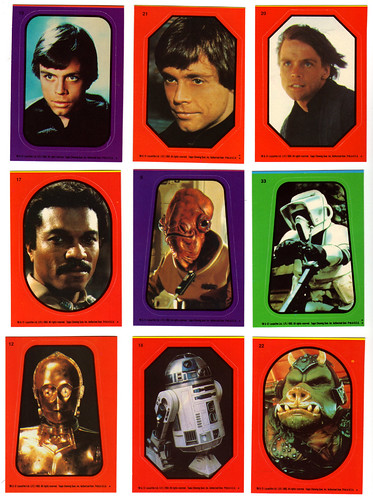 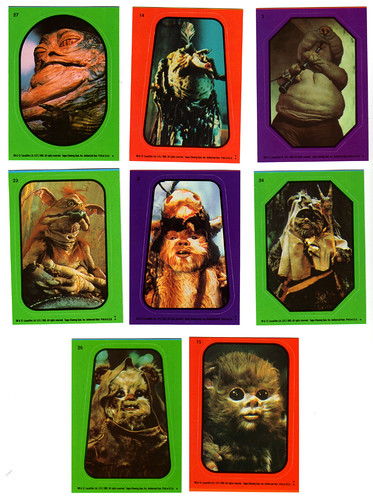 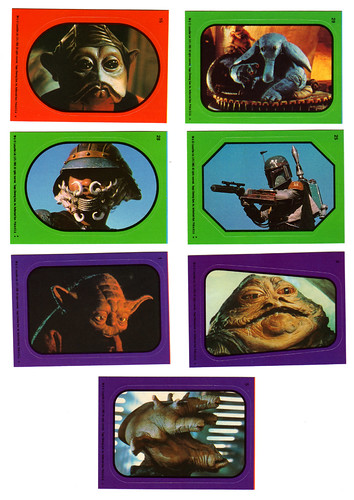 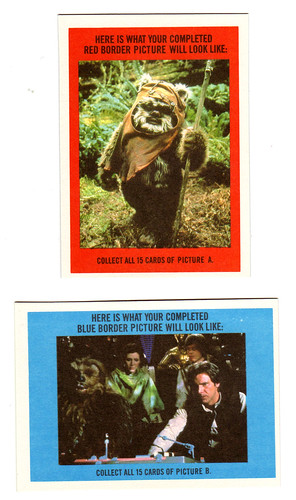 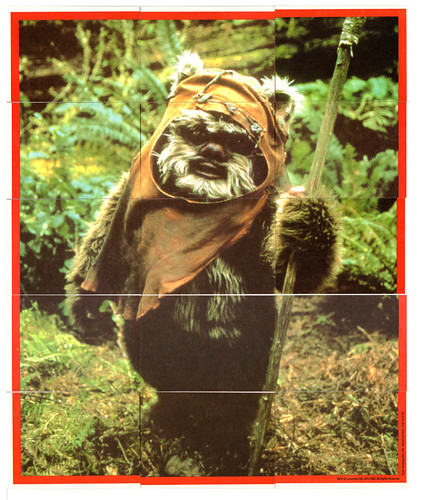 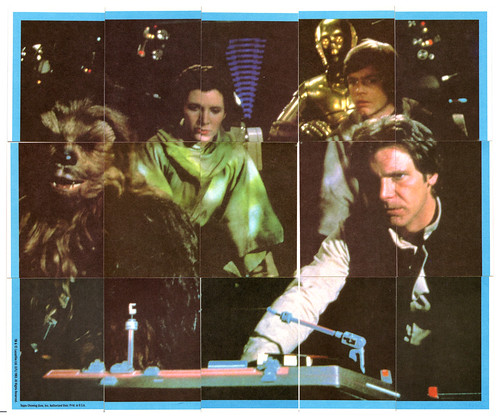 Anyway, work has been kicking my butt this week, so I think I’m going to cut this one short here.  Hopefully I’ll be back early next week with another TV Guide post as well as another installment of Peel Here.

Peel Here #82: "I ain’t gettin’ on no plane, and I don’t smell like chocolate you sucker!"

If only there was a Crush-Station playset!

Peel Here #12, or why George Lucas should just get over himself and release the damn DVD already!

Make Like a Tree All Ages roundtable discussion podcast…