I finally got a chance this past weekend to see five guys that have had the most influence over my sense of humor and worldly outlook, the Kids in the Hall.  My mom introduced me to KITH right around the time they really got going with their show on HBO back in 1990, which just happened to coincide with a lot of changes in my life.  I just turned 12 and was leaving the southeast (having spent my life to that point in central Florida) to move up north (and getting to see snow for the first time), not to mention all the rigmarole that comes with moving up into middle school and becoming a teenager.  Up until that point my reference for comedy didn’t stray much past John Candy, Tom Hanks, and the Amazing Spider-Ham (with a dash of MAD and Cracked magazines.)  I totally missed out on Monty Python up until then, and my exposure to the classic SNL skits was limited by the crappy heavily edited rerun specials that would air late at night on the weekends, so I didn’t really have all that much exposure to sketch comedy.  Well, that’s not true per-se, I did watch more than my share of You Can’t Do That on Television and Out of Control on Nickelodeon.  Anyway, pointless story short, I love the Kids in the Hall and I finally got a chance to see them live at the Cobb Energy Center in Atlanta on 5/24/2008… 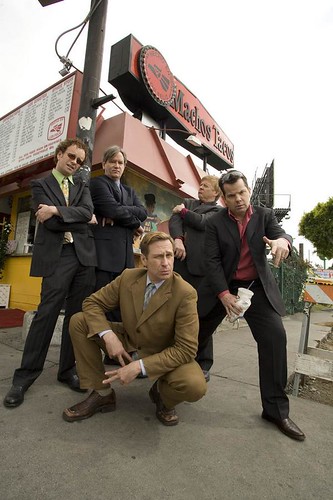 Before I get to the rest of this post, I wanted to give a shout out to Melanie McDermott who took all of the pictures below.  I never think to bring a camera to live events (always afraid it’s going to get confiscated), and I stumbled upon her KITH pictures on her Flickr feed this past week.  I love it when I can get my hands on photos from the exact concerts I’ve attended, as I’m a pretty big archiver and well obviously a nostalgia whore.  You can see a lot more of photos from the 5/24 event in her KITH gallery.

I had no idea what to expect as I’ve only seen one comedy act, and never gotten a chance to see sketch comedy live.  After opening with a short pre-recorded bit (which was freaking hilarious and totally set the tone for the rest of the evening), the Kids burst out on the stage and it was pretty darn crazy.  I don’t tend to get star-struck all that easily, especially after years of attending comic conventions and getting ample opportunity to see a lot of my childhood heroes from TV and the silver screen, but it still put a lump in my throat to see Dave, Kevin, Bruce, Mark and Scott race out onto the stage. 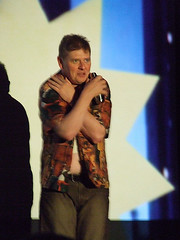 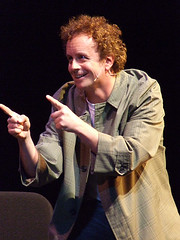 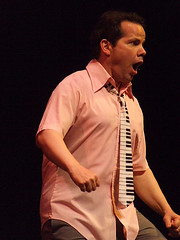 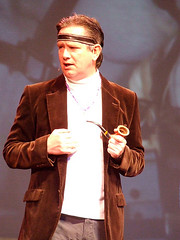 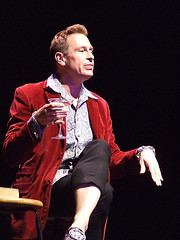 My only wish going into the show was that we’d get a monologue from Bruce (which we didn’t), but my wife got a chance to see him and Scott bring the Cathy’s to life, as well as seeing Scott’s Buddy Cole character do a monologue. 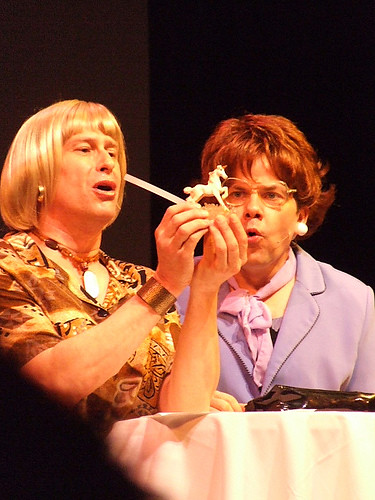 All in all my favorite sketches are probably the ones Dave and Kevin write and play out together.  In probably the funniest moment of the night there was a little back and fourth between the two involving a prank on Dave by Kevin (an in-joke involving Dave’s jacket) that broke the fourth wall a bit and for me made for some great ad libbing and vamping.  I thought it was really cool to see behind the curtain a bit, and it was obvious that they were really enjoying themselves which is always a plus. 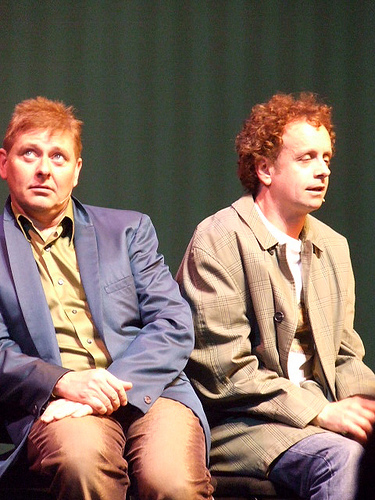 The capper to the night was Mark performing as Mr. Tyzik doing his whole head-crushing bit, but in a very interesting way.  Mark brought out a video camera and shot the audience while he did his sketch and he used a large video screen behind him to get the whole head between the fingers deal across.  It was great when he got an uber fan in his sites (a dude who too the time to construct and wear a cabbage head toupee) and they had a little tête-