I thought I’d take a moment and talk about my current nostalgia obsession. I’ve been spending the last three or four months scouring my local used bookstores for all the Choose You Own Adventure style books that I can find. I only had a handful growing up, most of which were books from the actual Choose Your Own Adventure series, but there were a couple others that I read and re-read a few times including a Marvel Super Heroes Gamebook featuring Wolverine, and one of the Which Way series of books starring Batman. Though I loved both of these latter books because of the characters, I always sort of thought of them as CYOA knock offs because they didn’t have that branding.

Well, when I first started buying up all of the CYOA books I could find I was getting a little discouraged because I wasn’t finding all that many. In fact, without resorting to eBay I only managed to find about 20 (there were something like a hundred and fifty or so I think), and another 5 that my friend has had since he was a kid. One of the reasons that I wanted to track these books down was to get some more material for the site as I’m getting towards the end of my sticker collection (I have a good 6 months worth of material left, but I’ve sort of tapped that reservoir), and 25 books just isn’t going to cut it. Then I remembered the Batman and Wolverine books and it got me thinking about what other CYOA style paperbacks were available in the 80s. Let me go on record as saying that there were a ton, and I’ve been buying them left and right. I was sort of blown away when I started taking stock of the books that are stacking up on my shelves. I’ve found no less than 20 different series that range in branding from generic/original (like CYOA, Find Your Fate, Which Way, Your Amazing Adventures, and Wizards, Warriors and You) to a ton of popular 80s properties (including Marvel, DC, D&D, G.I. Joe, Transformers, Thundercats, Jem, Indiana Jones, James Bond, Star Trek, and even Blackstone the magician.) I’ve even discovered the world of paperback gamebooks (including stuff like Lone Wolf, Fighting Fantasy, and Sagard), which are basically one player role playing games that act a lot like CYOA style books except you use dice and make decisions based on what weapons and spells your character has amassed.

What’s kind of crazy is that I’m currently about a hundred or so paperbacks in to a collection that I think might just be gargantuan. The good news is that I should have plenty to talk about when I finally tackle how I want to approach these books. The bad news is that since there are so darned many of them I’m not sure where to start. I guess there are worse problems to have though. Anyway, I thought I’d share a few cover scans to give an idea of the kinds of books I’ve found and what’s going to come up eventually on Branded… 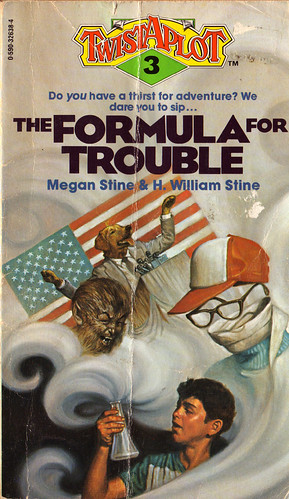 First up we have an entry in the Twist-a-Plot series (I don’t have the date handy as I type this.)  I was completely unaware of these books growing up and though I’ve been scouring the kids section of used bookstores for years I never paid any attention to these because they’re kind of light on the page count. I have a couple that are around the CYOA standard (which is around 110 pages), but most seem to be around 50 to 60. 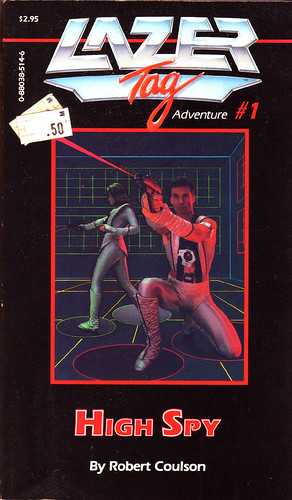 Next we have book one in the Lazer Tag series published by TSR (again, don’t have the book in front of me so the date escapes me.) TSR, the publishers of the Dungeons and Dragons roleplaying game system, seems to be the second largest publisher of CYOA style books (next to Bantam who were responsible for CYOA, the Time Machine series, as well as the Be An Interplanetary Spy series.) Not only did they publish about 50 novels in their D&D branded CYOA series called Endless Quest, they were also responsible for a series of Marvel Super Hero books and the above Lazer Tag books. 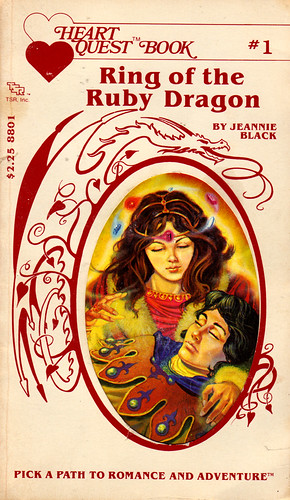 Last up today is one the rarer series (well at least in suburban Georgia), the Heart Quest books, which were also published by TSR and took place in the D&D universe. These were aimed at girls and I believe are more in the vein of romances (which ought to be a trip to read.) They even have die-cut covers, so that when you open the book you get a full version of the picture on the cover. Classy. Anyway, I thought I’d throw these up on the site since I haven’t made an update in awhile. Hopefully I’ll get back on schedule with more Peel Here columns next week.