Peel Here #58, Another quick one before the holiday…

I really, really can’t wait until the holidays are over. Bah humbug and all that rut. Well, there are a million things to do around the actual house of Branded right now, so to almost complete this month of mostly un-in depth sticker postings (I’ll probably have one more quick one next week) I’m going to toss up some scans of the weird over sized Garbage Pail Kids stickers that I have in my collection.

This is more or less a teaser for what’s to come in January and February as I’ll be spending those months sharing my collection of 80s Garbage Pail Kids stickers (probably my favorite stickers of all time) in the Peel Here columns. So without further ado, here are a few of the large stickers reprinted from the 1st series of GPK’s… 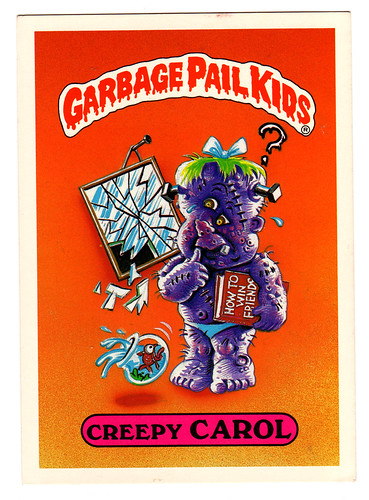 The biggest difference between these and the original normal sized sticker cards (besides the size that is) is the fact that there is no die cut line and they aren’t numbered on the front. I also believe these didn’t have twin stickers either (for those who are unfamiliar with GPK stickers, all of the stickers come in sets with two different names, in essence making the characters twins; there were also a few sets of triplets as well, but we’ll get to those next month.) 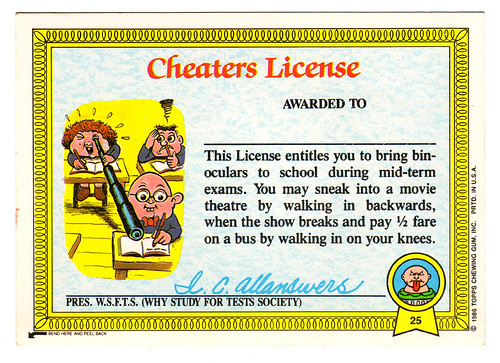 Instead of being numbered on the front like normal, these are numbered on the back. I’m not sure if the rest of the card backs are different than the original series, but I wouldn’t be surprised. 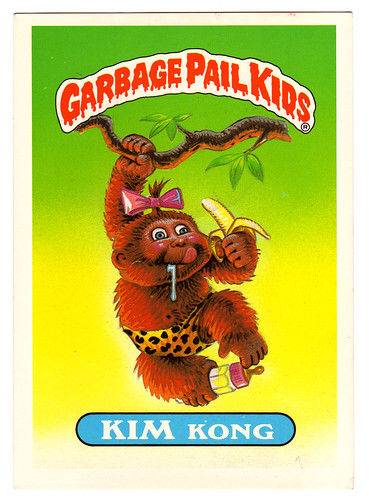 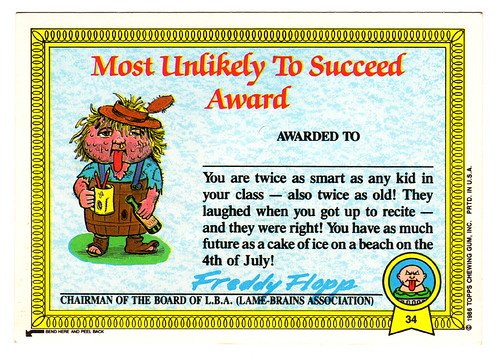 There was at least one set of these oversized stickers that came out in 1986, but I think there might have been at least a second (I’m way too lazy to look it up right now.) 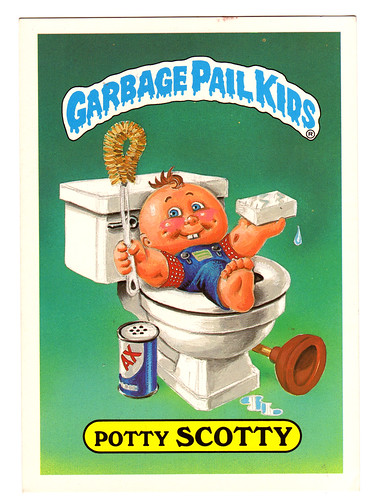 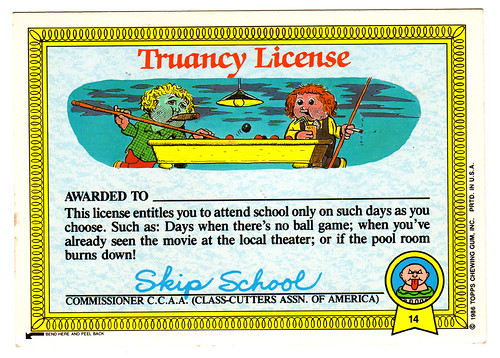 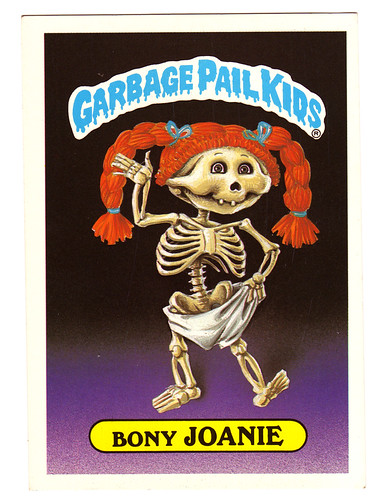 Though these are much easier to come by than the normal 1st series GPK’s, I’ve always resisted buying them because I’m a stickler and I’d rather have the original cards than these reprints, even though they’re almost as old, and the art is at least three times larger and much clearer. I think I’ll probably eventually break down and buy this set of large stickers if only so I can finally get a good look at all of John Pound’s awesome artwork for the set.

So anyway, in case I don’t get a chance to post next week, I hope everyone has a safe and happy holiday season, and let’s all hope we get what we want in the war of gift giving.

Just in time for pre-Thanksgiving preperations, the next volume of G.I. Joe on DVD…