I managed to snag one of those newer Wal-Mart Halloween mascot tags. I’m really in love with this design. I especially love the Son of Frankenstein-esque purple fury vest deal. For some reason though, the rest of the Wal-Mart mascots (non of which ended up on tags, but are featured on some of the products) like the vampire, witch and pumpkin man really don’t work for me. 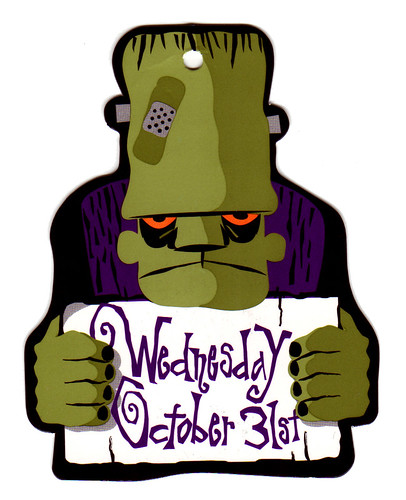 Anyway, here’s part two of my dollar store coloring book post. Again, I’m not very fond of the cover or most of the interior artwork… 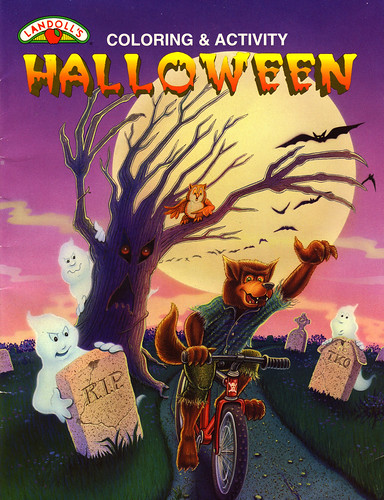 …but there are some choice drawings from the same mystery artist as before. In fact, there is a little bit of continuity going on here as we get to see the same skeleton punk (who dug his way out of a grave in the previous book) rocking out on his awesome coffin shaped guitar! 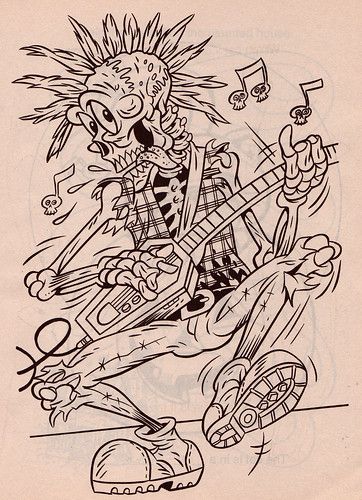 I love the skull musical notes hanging in the air, they’re a really nice touch. 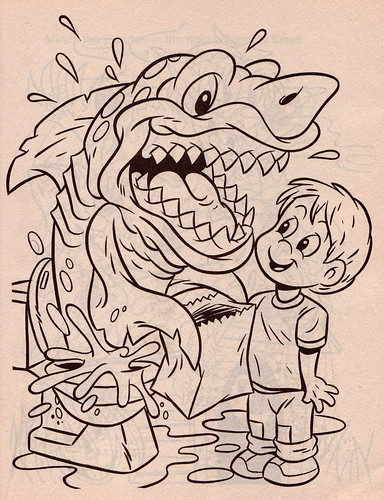 I’m all for land-shark gags (my favorite being the Scora skit in the first or second season of the Kids in the Hall), but this is pretty weird. I mean, what exactly is the shark hoping to score here?

Finally, and in keeping in theme with the first coloring book, we also have a little bit more of the Halloween in space celebration with Major Jack here. 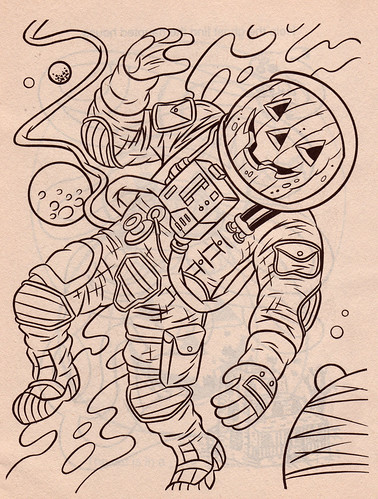 Ground control to Major Jack, take your candy corn and put it in your sack!