It’s day 19 of the 31 days of Halloween insane-o blog-a-thon, and it seems like a good day to sit back, break out the candy corn, and dare myself to eat more than five pieces. Instead of concentrating on the history of the confection (John Rozum did a great job of that already this month) I thought I’d look more to the variety available in today’s crazy bustling candy world. 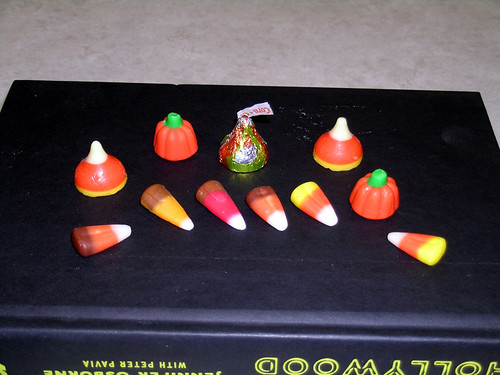 There was a time (I suppose) where there was really only one variety of candy corn, your basic yellow, orange and white kernel shaped bit. At some point there were a couple variations introduced including the brown, orange and white chocolate kernel (or Indian corn), as well as the larger, richer, pumpkin mold (complete with little green stem stump.) This would come to be known as your basic autumn mix, with all three varieties present.

Also, at some point before the 80s there was also a mixed bag of what basically amounts to candy corn, but instead of being multicolored and shaped like kernels of corn, the candy was molded into some iconic Halloween shapes (jack-o-lanterns, black cats, bats, and crescent moons) as well as some not so iconic shapes (corn cobs, bundles of wheat, and jugs.) The bats and cats are chocolate, the pumpkins, corn and moons are normal candy corn flavored, while the wheat and jugs are either caramel or maple (I can’t quite tell.) 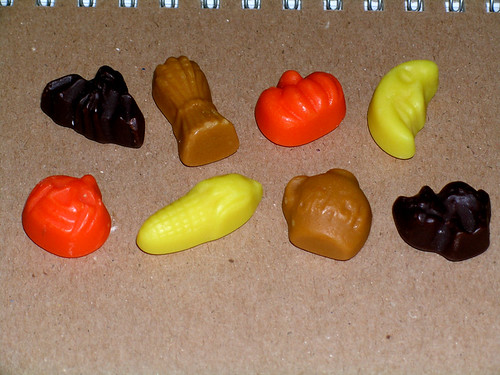 I’m sure that there must have been other shapes and variations before the 80s, but these were the ones that I was most used to seeing around the holiday. You can still find all of these pretty darn easily, though the Halloween mix was a little bit harder to find (which I eventually did in a Walgreens.) 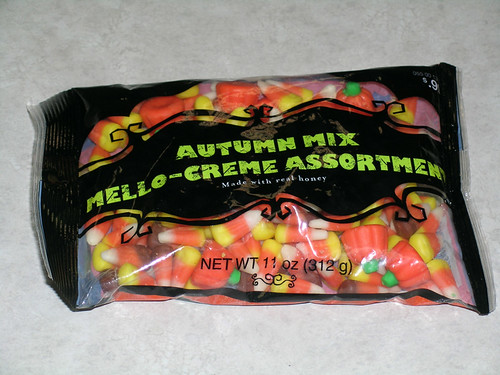 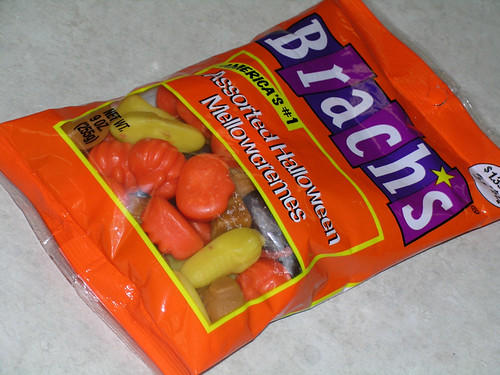 Last year while browsing the aisles in Target I noticed some crazy colored candy corn that was marketed as being gourmet (a useless world if there every was one.) There were a couple varieties, green apple and cherry. I worked up the courage to pick up a package of the cherry (I’m not a big fan of fake green apple) and was horrified by the taste when I broke open the package later that night. Typically I can stand my fare share of candy corn in small doses (so I’d say that one normal sized bag will last me well into Thanksgiving), but after a while the stuff just gets to rich for my blood. The cherry variation was insanely sweet, and so rich that I couldn’t continue after two pieces, rendering the package more of an oddity that I felt the need to force on all my friends and co-workers. I can only imagine how bad the green apple ones were.

This year there were four varieties at Target, a returning green apple, and three new candidates for worst candy ever including strawberries and cream, tangerine, and popcorn. 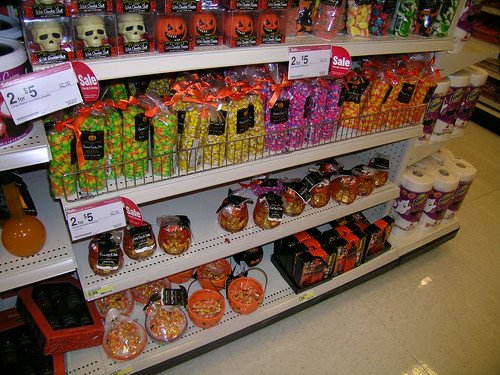 I just couldn’t bring myself to try them after last year’s fiasco.

Joining the fray into flavored candy corn this year is Brach’s, who are introducing two new flavors of their candy mainstay, Caramel Candy Corn… 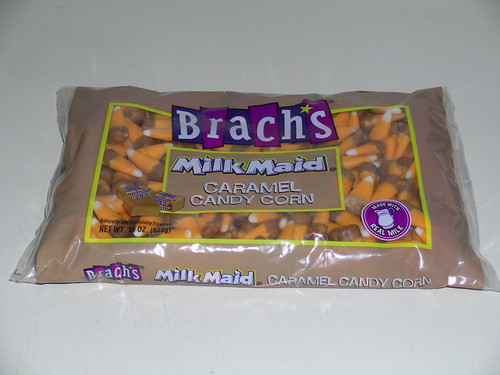 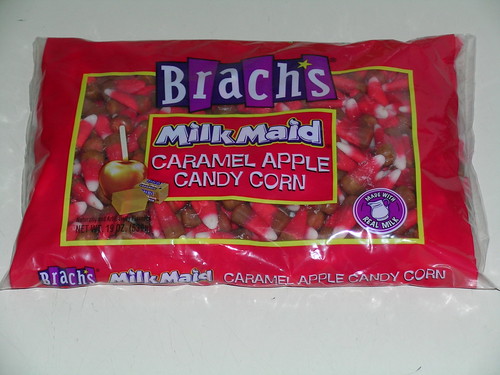 Honestly, though I wasn’t excited about the idea of candy corn in new flavors, I do have to admit that Brach’s at least tried to use more seasonal flavors. Though I expected it to be too sweet, the caramel candy corn was actually nice and mellow, enough so that it cut the richness of the regular candy corn flavor. The caramel apple on the other hand, though not bad per-se, was sort of weirdly tangy. Their heart was in the right place, but artificial apple flavor tends to lean towards the tart and tangy side, at least in my opinion. 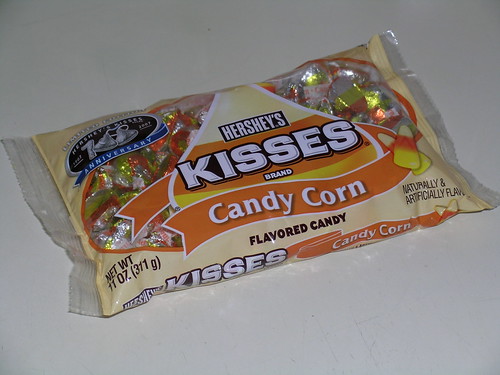 These are basically white chocolate kisses colored like candy corn with a kick of flavor added in. If you’re one of those people who can’t take more than two or three pieces of candy corn in a season I would suggest avoiding these like the plague. There is so much concentrated candy corn flavor in these that I’d be willing to bet that most people, even those who enjoy a handful now and then, would be hard pressed to make it through one kiss. It doesn’t help that they’re made from white chocolate either, which tends to be both rich and not really a favorite among candy fans. I do have to admit that they’re pretty, but on the other hand I have no idea what I’m going to do with an entire bag of these. I’ve already contributed all of the candy corn above to the work candy bowl. I’m thinking that the one kid who will eventually knock on our door this Halloween is going to get the whole lot of it.

A discussion on candy corn wouldn’t be complete without mentioning the mutant kernels you always find hiding in bags. 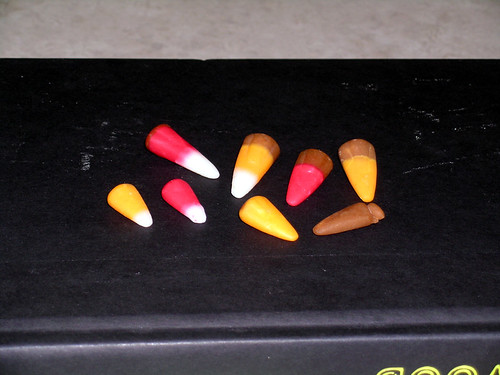 I managed to find a decent number of examples here including the extra long pieces (with a double or triple sized white tip), the two-color pieces (which tend to be missing the white tip, but can also be a little smaller and be missing the head of the kernel), and the pretty rare single color kernel (which is usually made up of either the middle or top color, and sometimes, but very rarely, you’ll find an all white piece.)

Rebuilding the 80s, brick by brick…

Step into my psyche for a minute…