So, it’s the start of the third week of Halloween blogging and I’m only going a little crazy. I thought it would be fun to shoot out of the gate this week with an awesome set of sticker cards that were printed by Topps in 1980 called Weird Wheels. There are 55 stickers in the set, which basically covers the gauntlet of the whole monster funny cars thing (the Kustom Kulture movement, Ed Roth’s Rat Fink, Stanley “Mouse” Miller, as well as stuff like the Aurora model kits: Dracula’s Dragster, Frankenstein’s Flivver, Wolf Man’s Wagon, Mummy’s Chariot, Godzilla’s Go Cart and King Kong’s Thronester), though it skews it a little. 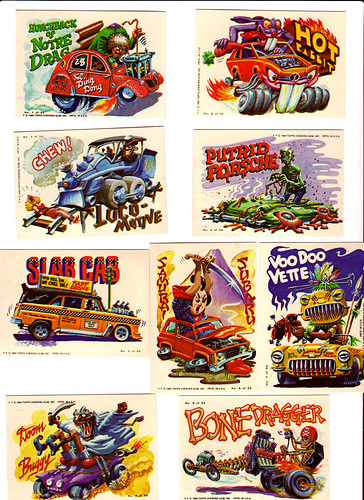 I’m not positive, but I believe the cards were painted by two separate artists, Norman Saunders (who mentions on his site that he did 22 of the stickers) and Gary Hallgren. Though I grew up a little late to catch onto the whole Kustom Kulture deal, I really like the art and style of this stuff. The energy in these paintings in undeniable, and of course I love the monster themes in a lot of the stickers. They’re also decidedly un-PC which is kind of fun in this uptight day and age. I really like the Putrid Porsche sticker above, as well as the outright zaniness of the Voo Doo Vette (complete with voodoo car/doll) with the bloody teeth/front grill and the matching mask. 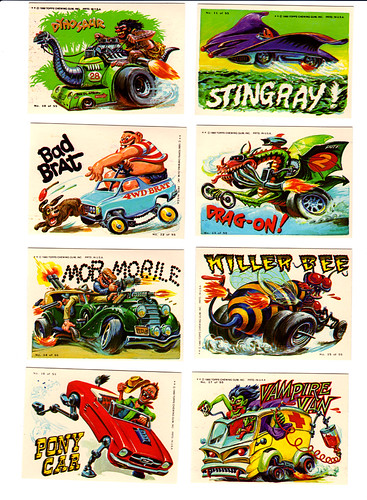 There are a lot of really fun concepts here, some more obvious than others, but all executed very well. As a collector of the 80s Garbage Pail Kids, and considering the new series that have been coming out from Topps over the last few years (as well as new Wacky Packs) it really is awesome to go back and look at the various projects that lead up to them. Nowadays Topps is more concerned with the three Ps, puke, pee, and poop, and very rarely do they let a concept slip by that would be akin to what we’re seeing in this set of stickers. I’m sure if they commissioned a Drag-On sticker today, the character would be flying over and pooping on Mt. Fuji or something. 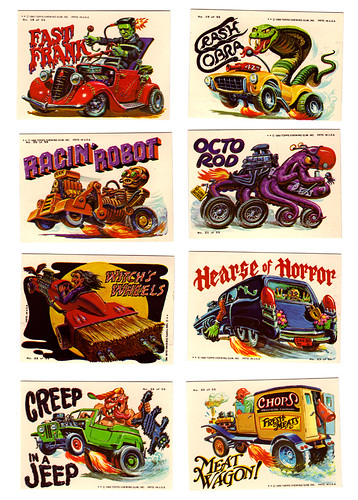 I also love that the set gets a little room to breathe with 55 different paintings so there is plenty of room to explore both the more classic Universal inspired monsters (like Frankenstein’s monster, the creature, the mummy, vampires, and a werewolf) as well as monsters in general (dragons, giant insects, and blobs), interesting pop culture stuff (the punk movement and greasers), and even historical baddies (pirates, samurais, and the Huns.) 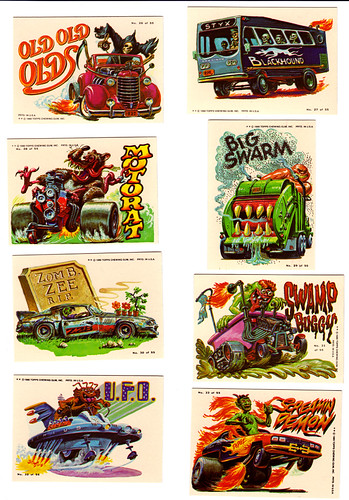 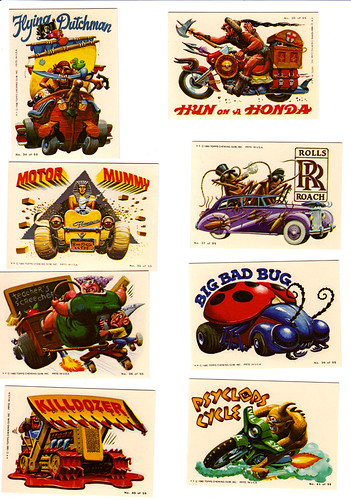 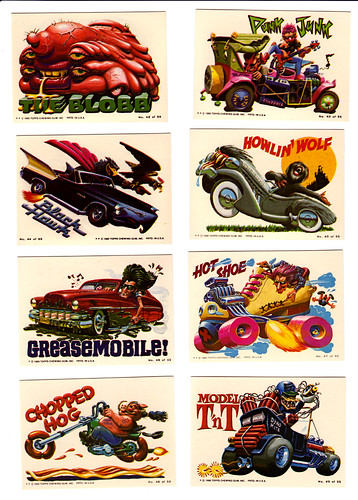 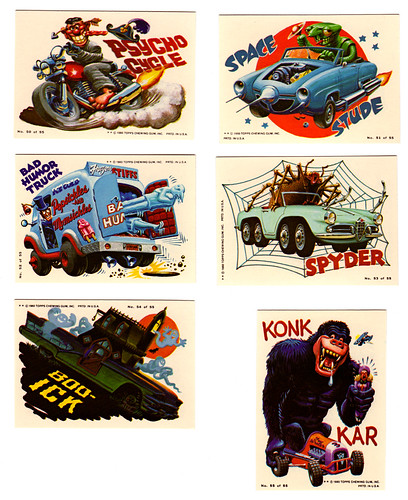 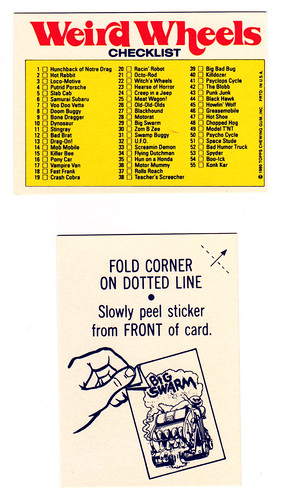 Of course, like most great Topps sticker card sets, there was a nice card-back puzzle poster, though this one is a little different as it’s made up of 9 pieces instead of the more standard 10 (which also meant that I could scan it in one go, which was nice.) 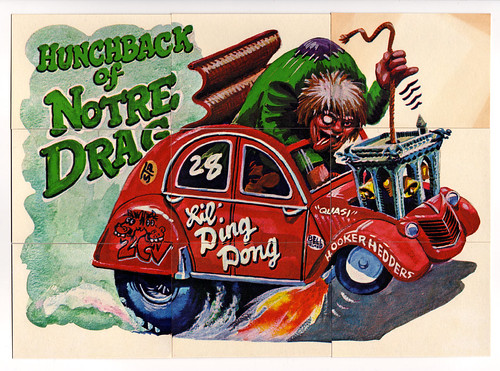 Next week on Peel Here, Rick Moranis, a giant plant, and one dead dentist!

Before & After Ecto Cooler there was…Ecto Cooler?