**Update**  If there are any Denver the Last Dinosaur fans out there, you might want to hurry over to Voltron.com as they are only going to produce 1000 copies of the Vol. 1 DVD, which will start shipping on 10/7/2007.  It’s selling for $24.95, which is a little steep, but it might also be the only time we see this show on DVD.  For $5 more you can also get a copy complete with one original animation cel (they said they only saved the best cels for this), so in a way that makes the price a little easier to swallow.  This DVD will not be available elsewhere.**End Update**

From the ever-awesome TvshowsonDVD.com comes word that we’ll soon be seeing some more DuckTales DVDs as well as the first release for Denver the Last Dinosaur…

I’m really glad that Disney is pushing forward with their 80s syndicated afternoon shows, but honestly, if they were only releasing DuckTales I’d still be happy. Based on the running time of the 3-disc set, it looks like there will be another 25-26 episodes included, though probably with zero special features which has sort of unfortunately been a staple of Disney TV releases to date. Again though, as long as they keep releasing them I’ll still be happy. Volume 3 is slated to come out November 13th. 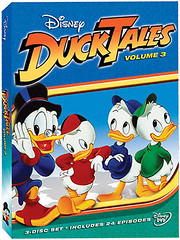 In the ‘finally getting a release’ department, WEP is reportedly going to release Denver the Last Dinosaur on DVD sometime around October 8th (next week on a Monday, weird) exclusively through their online store.  Apparently there wasn’t enough enthusiasm from stores and national DVD distributors to get the disc into brink and mortar locations, but at least it’s getting a release. The disc will feature the first 10 episodes of the show and listed as volume one (the show lasted, I think, for 52 or so episodes, so this might be vol. 1 in a five volume series.) WEP will also be offering the disc in a bundle with either a Denver plush doll or with some of the original animation art cels. 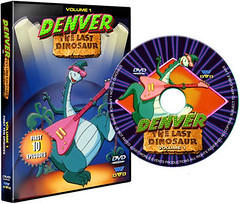 Apparently BCI Eclipse is also planning a release of some more Filmation shows, this time the 1980-81 Lone Ranger and Zorro cartoons. These were later additions to what began as the Tarzan & Batman Adventure Hour in 1978 (which was joined by the Freedom Force cartoon in ’79.) When the Batman cartoon went off the air it was replaced, first by the Lone Ranger, and then later joined by Zorro for a year. Unfortunately it looks like BCI didn’t get the rights to the Tarzan show, but they’re going to release the rest of the Adventure Hour (Batman and Freedom Force have already been released) sometime in January. 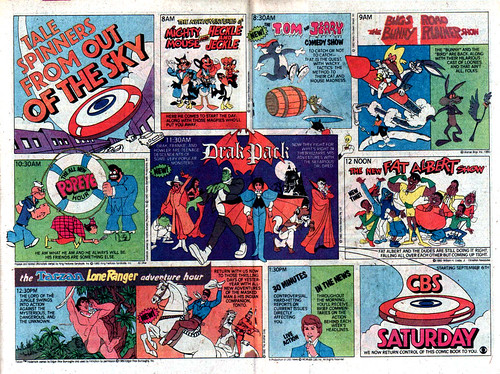 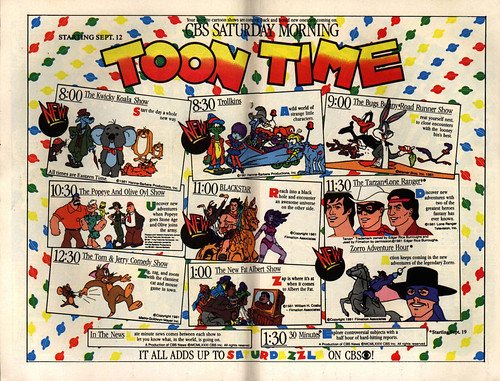 I’ve also updated my big lists of 80s and 90s cartoons available (or out of print) on DVD over at Amazon.com.  Here are the links: