Peel Here #46, a sticky Halloween anyone?

Well, seeing as how the wonderfully spooky, ghoulish, costumed, candy-addled, holiday season is practically upon us (well at least the month before festivities), I thought I’d break out my creepier, monster-themed sticker fare for Peel Here. 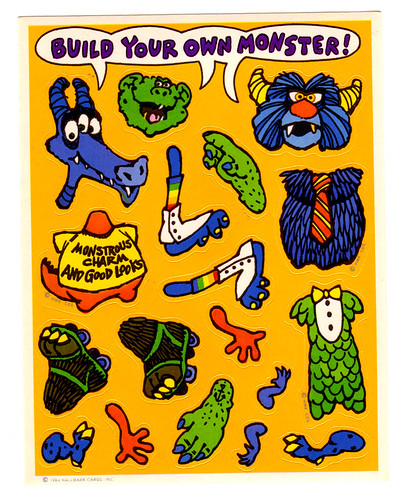 Though these monsters aren’t really creepy, there,s enough arms, legs, torsos, and heads for three fun Muppet-esque monsters, or one heck of a three-headed, six-armed, six-legged creature (with two limb-less torsos left over for mood and setting.) I know I would have put the latter together as a kid.

Next week, the spookiness starts proper with some very fun Universal Monsters stickers.

A ton of 80s cartoons finally coming to DVD!

The Most Important Spreadsheet That Ever Was