As I’ve been mentioning ad nauseam for the last couple weeks, I’m going to switch my focus on Cartoon Commentary! away from Dungeons and Dragons in hopes that I can keep my perspective a little bit fresh. I had thought that the best way to do this was to take a look at a cartoon that was more or less the polar opposite of D&D, so I chose Galaxy High, a sci-fi comedy set (I believe) in the year 2024. Since I’m not super knowledgeable about the cartoons I grew up watching, I figured I’d just take the same approach to each series, doing some preliminary research on the internet as well as watching the series from beginning to end and any special features that might be included on the DVD sets. After I started into D&D I became sort of confident, finding plenty to write about (as you can see so far in past CC! columns), but now I’m not so sure.

I started watching Galaxy High a couple of weeks ago and honestly it’s been a struggle trying to make notes. I’m not sure whether it’s because the show is so different from D&D, so I’m having a hard time switching gears, or if I there isn’t as much that I find interesting. That isn’t to say that I’m not going to try, I mean I have the same fond memories of this show as I had for Dungeons and Dragons, it’s just that these following 14 or so columns might not be quite as in depth.

I think the main reason I’ve been stumbling is that the environment of the cartoon is so utterly wacky that it’s very hard trying to figure our when something is intentionally odd or just plain odd. Though Dungeons and Dragons is set in a fantasy environment, there are enough parallels to our world, as well as stories told from the ‘fish out of water’ point of view to make the job of analyzing the cartoon easier. Galaxy High on the other hand isn’t as patient with the viewer, and even though the two main characters also come from the ‘fish out of water’ P.O.V., they’re expected to, and end up, adapting much quicker, leaving the audience in the dust. The comedy in the show also comes more from the Looney Tunes school of extreme physical comedy than say the standard sitcom fare (which seems like it’s more influential on other cartoons of the 80s.) You’re more likely to see a character smashed down into a tiny cube or turned into a gelatinous blob than to see them misplace their homework or have a crush on another character. Heck, actually you probably do see these sitcom conventions, but in the middle of realizing their homework is missing, the character would be reduced to a pile of ooze and then scooped into a small box after which the character would completely forget about the homework.

Anyway, enough griping. I thought I’d start off with a quick column (made long by the above rant) on the show in general before moving onto the episodes themselves. Galaxy High was created in 1986 by none other than famed writer/director Chris Columbus who was responsible for writing some of my favorite movies from the 80s including Gremlins and Goonies, and directing some of my least favorite films of the 90s including Home Alone (and the sequel) and Mrs. Doubtfire. There were only 13 episodes produced by TMS Entertainment over one season, which is pretty common for a major network 1st season episode order. Larry DiTillo served as story editor, as well as writing or co-writing four of the episodes, and the great John Kricfalusi (of Ren and Stimpy fame) worked on the graphic design of the show (yet another reason that it might look so wacky.) The rest of the show was mostly written by a couple of writing teams (Karen Willson & Chris Weber, Ken Koonce & David Weimers), with a few other writers filling in here and there (Marc Scott Zicree, Jina Bacarr, Eric LeWald.)

The basic premise of the show centers around two characters from Earth (Doyle and Aimee) who are picked to be exchange students in space at Galaxy High. The back-story, much like that of Dungeons and Dragons, is featured in the credits sequence and theme song (which was written and preformed by Don Felder of the Eagles), the first verse of which describes Doyle:

Doyle was a high school star.
Everybody thought he’d go real far.
But he didn’t get a thing from the classes he took.
You know he just wasn’t interested in his books. 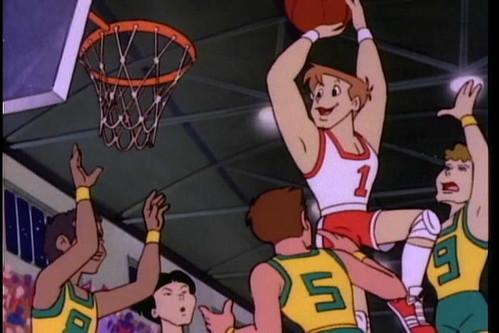 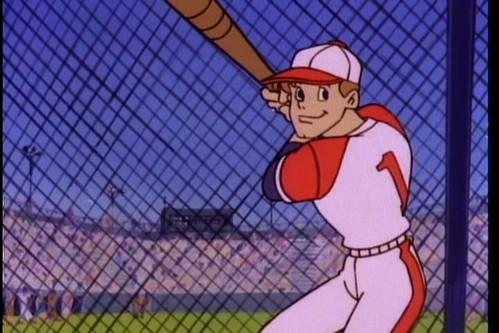 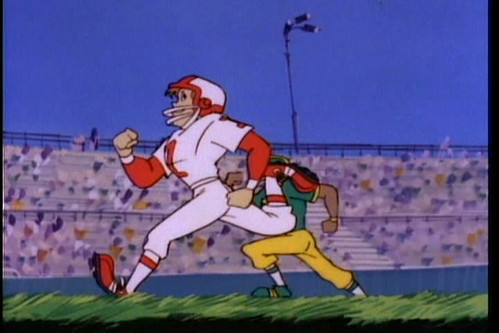 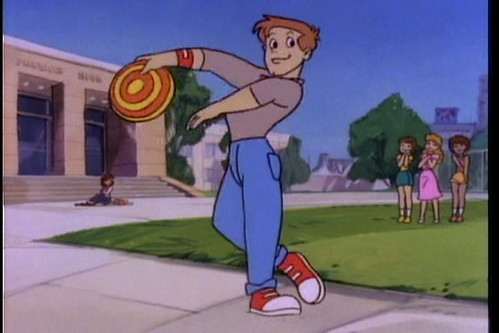 Actually, the majority of the credit sequence is dedicated to Doyle, as seen in the myriad of ‘Doyle being popular and good at sports’ scenes above. Aimee sort of gets shafted in this respect, as well as in the song, only garnering two lines to Doyle’s four so far:

Aimee was the smartest girl at school,
not very popular, not very cool.

The rest of the song sort of makes up for this as the kids arrive at Galaxy High, reversing roles as I guess smarts and girls are much more popular in space…

Two kids will be chosen from Earth,
to go to school at Galaxy High.

Traveling millions of miles through space,
to go to school in a far out place.
Aimee is the sweetheart.
Doyle’s got a lot to learn.
Here at Galaxy High. 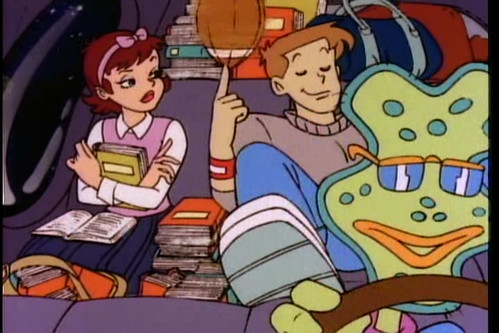 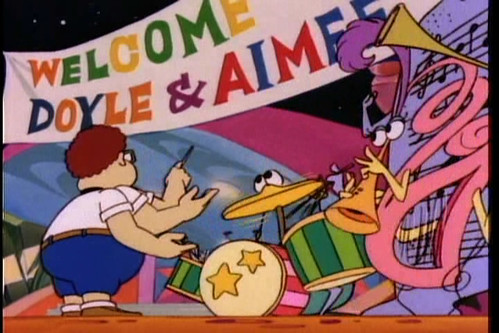 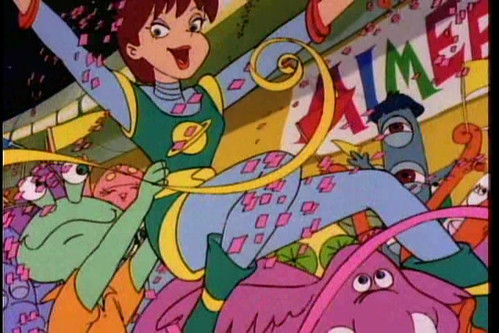 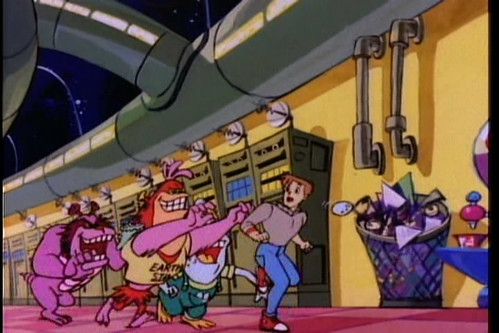 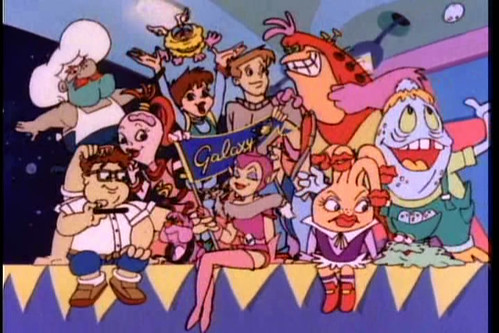 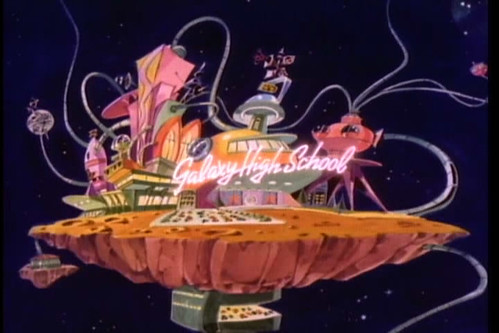 The series was released on DVD by Media Blasters in 2006 in two separate one disc sets, which unfortunately had no special features, not even episode summaries. Heck, even the cover artwork provided on the cases is really weird and amazingly off model (even though it’s artwork done at the time of the series.) Al least it’s on DVD though, which is all you can really ask for these days.

Hopefully I’ll have another CC! up this week detailing the first episode, but if not, I’ll dig in and make sure to really get going on the series next week.