I figured it was time to bust out with some stickers which broach a subject that I am sad to say that I am not very knowledgeable in, professional wrestling. Well, they deal with wrestling to a degree, but in reality the following stickers are really more about wrestling personas, as they cover wrestling from a merchandising perspective. So what is it that I’m talking about here? Well, none other than Hulk Hogan’s Rock ‘n’ Wrestling!
Hulk Hogan 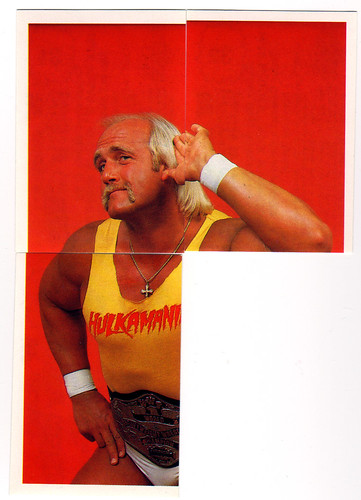 These stickers were produced by the Diamond Company in conjunction with Titan Sports Inc. in 1986, and are in the style of the Panini sticker sets (these were meant to be placed into a sticker book that was sold along with packs of these stickers.) The stickers were just a smidgen of the huge merchandising boom in WWF (now WWE) that took place around 1985-1988 which consisted of trading card sets, lunch boxes and large scale hard rubber in-action figures, not to mention the animated series that these stickers feature… 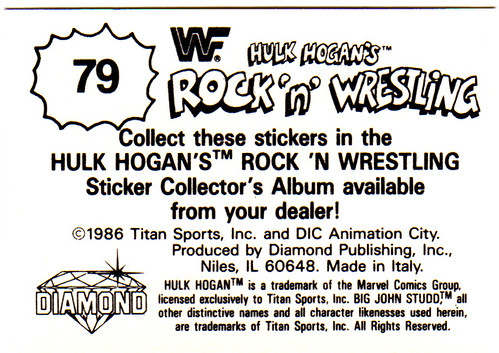 Even though I collected the trading cards and watched the heck out of the DiC cartoon, I never really felt like I was all that much of a wrestling fan as I never watched the actual matches and I was more familiar with the wrestlers from their non-wrestling projects (Jessie Ventura from Predator, Roddy Piper who starred in John Carpenter’s They Live, Andre the Giant from the Princess Bride, and Hulk Hogan from the cartoon.) I knew some wrestling trivia, most of which was gleamed from the trading card set (my favorite bit of which was that George ‘the Animal’ Steele dyed his tongue green and liked to eat turn buckles.) In fact the only time I ever tuned into an actual wrestling match my mom got pissed because it appeared that the wrestlers were stripping each other naked (the match between Rick Rude and Jake ‘the Snake’ Roberts.) Besides this I do remember playing my fare share of Pro-Wrestling on the NES. 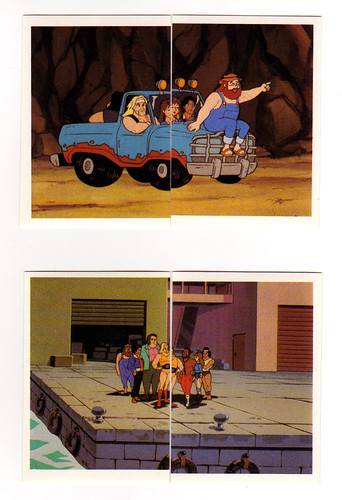 In fact it wasn’t until years later that some of my friends got me into watching live wrestling (mainly WCW Nitro during the rise and height of Bill Goldberg and the NWO), though even then my interest was more in hanging out with my friends than watching the matches. I even briefly met Lex Luger while I was working the night shift at a grocery store. For some reason though I’ve just never really gotten into the whole thing… 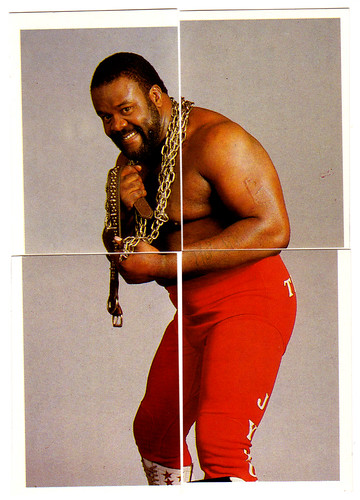 Anyway, here’s some more stickers from the cartoon, with a few included stickers of the actual wrestlers (which is kind of weird considering the wrestlers themselves didn’t work on the cartoon at all, instead professional voice actors took over all the vocal duties.) 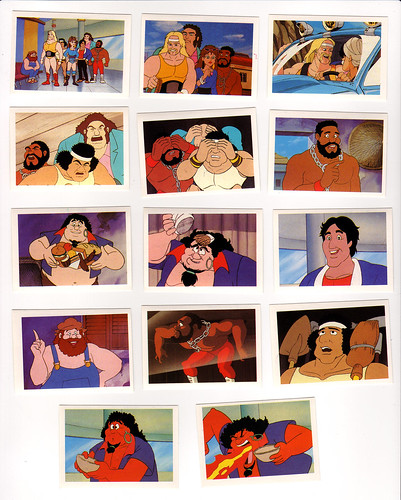 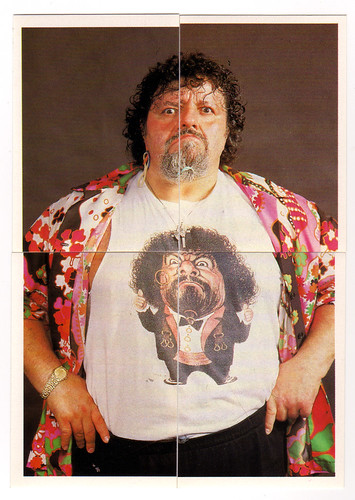 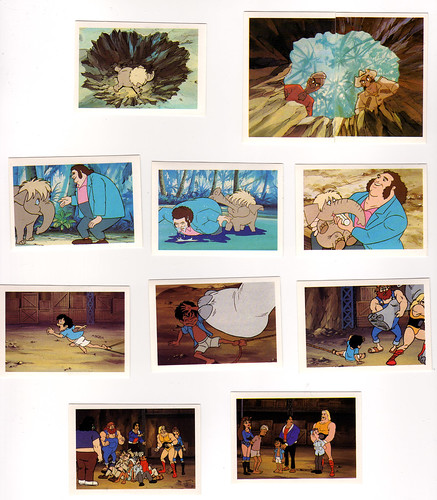 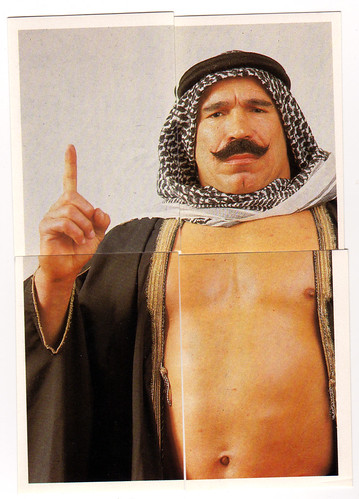 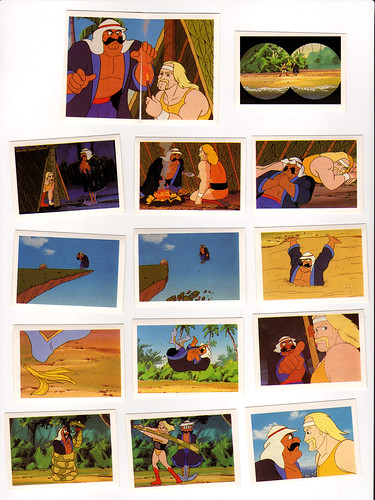 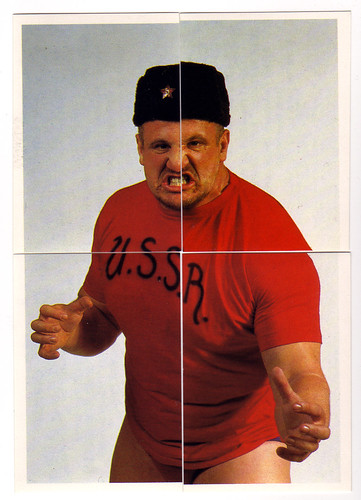 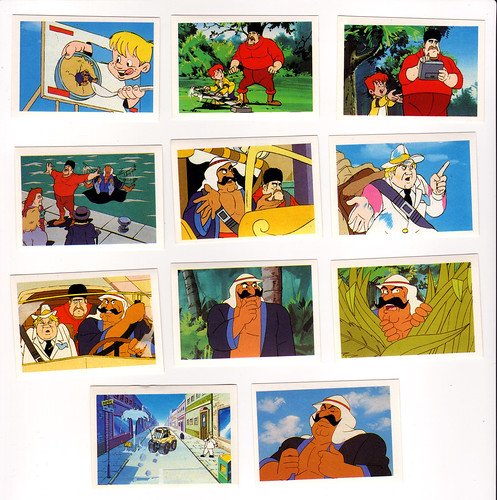 What was kind of weird about the cartoon is that wrestling really didn’t figure into the show at all. Instead the ‘heels’ took on the role of the conventional bad guys (I don’t remember exactly, but I’m sure they planned robberies and that sort of bad guy stuff…), while the other characters were basically the heroes (though I think they acted more like the Scooby Doo gang than action heroes.) The cartoon featured a lot of the popular wrestlers at the time including Andre the Giant, Hulk Hogan, the Junkyard Dog, Jimmy Snuka, The Fabulous Moolah, Hillbilly Jim, Captain Lou Albano, Tito Santana, Bobby Heenan, Rowdy Roddy Piper, The Iron Sheik, Nikolai Volkoff, Wendi Richter, as well as ‘Mean’ Gene Okerlund.

Next week on Peel Here I think I’m going to break into the Halloween mood a little bit, and start with the ghoulish sticker goodness…

I’ll see you on the Flip Side…