I really have no idea why, but I feel an almost irresistible urge to buy and drink every weird and new soda that I find on store shelves and in convenience store coolers. I think it stems from getting burnt out on regular Coke as a kid because that’s all my mother would typically buy, unless of course we were sick and then we could have all the ginger ale we could stomach. The same typically went for when ever we’d go out to eat; Cokes all around. On special occasions when we’d hit a Red Lobster or Stake and Ale I’d break free of the Coke Classic cage and drown in glass after glass of sweet Shirley Temples (Sprite or 7-Up with a good dose of grenadine and a couple of maraschino cherries for good measure.)

Then there were the days when I’d tag along with my friend Bryan to his little league games, almost entirely because I could blend in with the rest of the team after the game and score a free large soda from the concession stand. It was here that I was introduced to the concept of the suicide (mixing all of the sodas on tap into a noxious almost bubblegum flavored soda monster.) From then on out it was always weird (I say weird, but that’s just my perspective coming from a Coke only household) when I had a chance.

So what does this mean? It means that when faced with choosing between any of the common sodas you typically find clogging the shelves, I’ll almost always opt to find that tiny section that has Mexican, Caribbean, or Asian sodas in flavors like lychee, banana, mango, or lime. It also means that every time one of the larger soda companies spits out something ‘new’ I’m first in line to try it. It’s a 50/50 kind of endeavor. For every Mountain Dew Live Wire, there’s a Pepsi Summer Mix waiting to choke me into almost vomiting. For every Jolly Rancher Watermelon, there is apparently a Mountain Dew Game Fuel, or what I’d like to call Mountain Dew Summer Mix, aka just another way Pepsi is trying to get me to drink my cough syrup flavored liquid bubble gum. 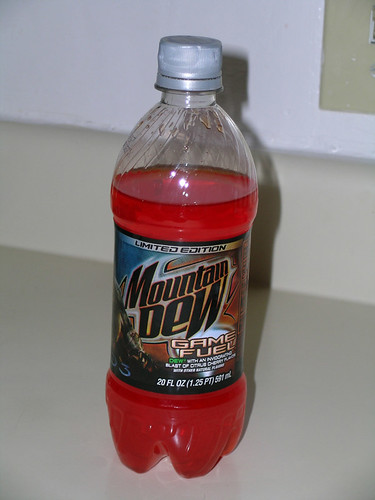 Billed as a limited edition Game Fuel, I assume it’s supposed to keep me awake on those long nights when I’m struggling to battle off the sandman while battling, well, what ever it is you battle in Halo 3. If you can’t tell I’m not a gamer, and maybe this is why I didn’t like the soda, but screw that, I have a palette that appreciates the weird. My question is why the weird or new almost without fail has to taste like bubble gum? I mean it’s actually described as having a citrus cherry blast of flavor, but it just tastes like Big Red, Pepsi Summer Mix, or that Bubble Yum Sour Cherry soda that 7-Elevens nationwide were trying to dump on the public at a quarter a bottle. 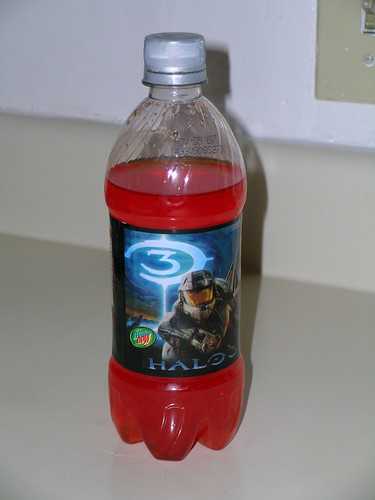 Maybe next time right? I mean they did make Pitch Black right, they could do something like that again? Right?

The Transformers Legacy Boxart book will melt your mind…

Saturday Supercast Episode 21: Deconstructing He-Man and the Masters of the Universe!