There seems to be this trend with pop music where at times it becomes so manufactured that it gets to a point of pure absurdity, sometimes with a pleasant fun outcome, and sometimes with an insanely silly one. For my money some of the fun ones have been crazes such as Alvin and the Chipmunks, the Groovie Goolies, or like the Jackson Five, but on the other hand there are ‘bands’ that I have a hard time wrapping my brain around, New Kids on the Block, Backstreet Boys, and the godfather of them all Menudo.

I pretty much missed out on the whole Menudo craze in the 70s and 80s, though I was aware of them on Saturday mornings around 1983 as I believe they preformed the theme song to the Rubix the Cube cartoon as well as having shorts or videos peppered throughout the morning. For the life of me I can’t recall any of their songs, and I have absolutely no idea who the band members are with the exception of Ricky Martin, and I think I only know that because it’s one of those bits of pop culture trivia that’s permeated into by brain over the years without my even trying to learn it. Too much Entertainment Tonight or something. My only real memory of the group revolves around a friend I had in Florida when I was six or so, Anthony, and his mom loved, LOVED, the group and cherished her Menudo key chain, to an extent where I believe no one was allowed to touch it.

Well, according to the Menudo Wiki page their big American break was in ’83, which was large enough to spawn a set of Topps trading cards and stickers, which is what I’m sharing on Peel Here today. Since these are dated ’83, and since Ricky Martin didn’t join the band until ’84, I doubt any of these feature him, which is a shame since I actually know who he is. In fact, I’ll be honest, I can’t tell how many different members are featured on these stickers, and the puzzle-backs. Every time I think I’ve got a handle on who is in the group I swear another six different guys seem to pop up, and considering their revolving door policy, it doesn’t surprise me. So here you go, Menudo (which is probably not a reference to the Mexican tripe soup, but it sure would be funny if it were…) 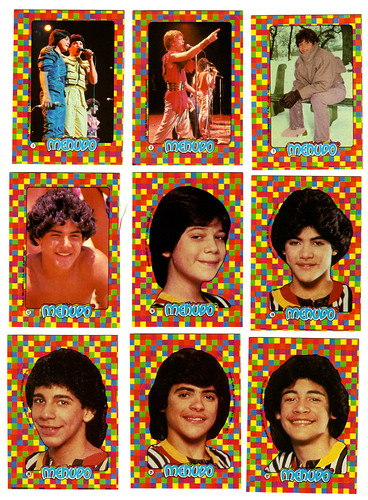 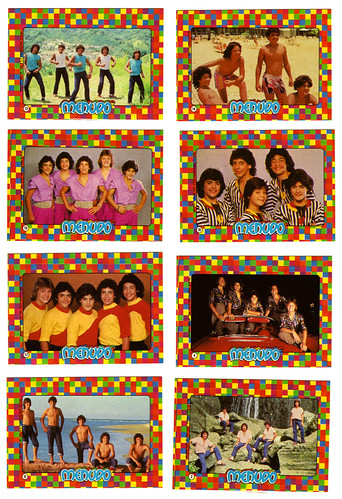 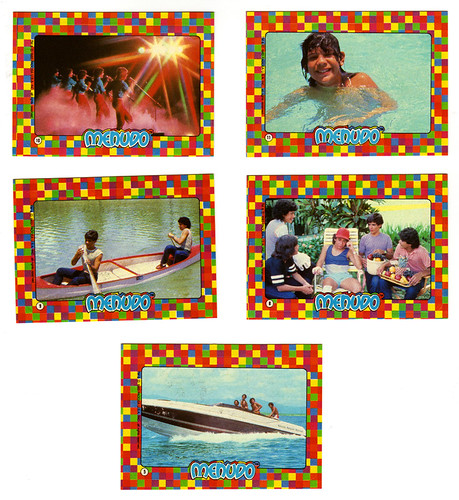 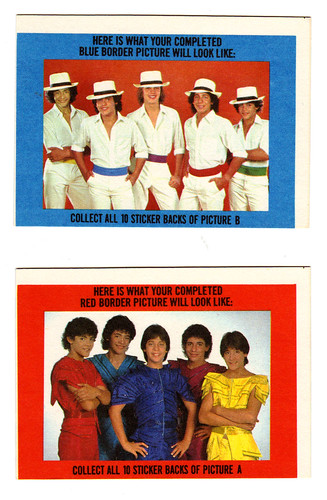 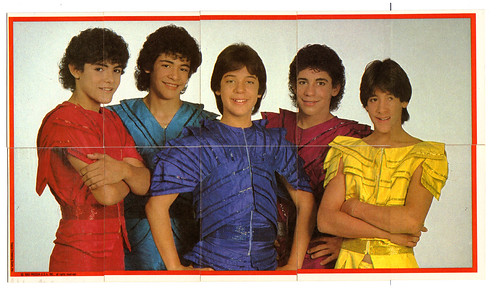 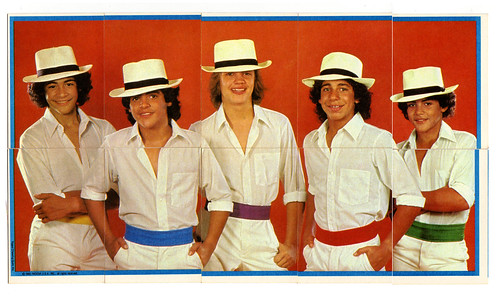 I guess all I can really say about these is that I really don’t care for the multi colored pixilated background that the designers choose as it hurts my eyes to look at it for longer than a second.

Next week on Peel Here, I think I’m make another dip back into the world of Stickers Magazine, though with a later issue that shows just how hard it was to keep such a focused theme going.