So a little while ago I was approached by another website/blog about the possibility of sharing my collection of 80s stickers on their nostalgia site.  What I thought was pretty cool about the idea is that their site, though not strictly, is more or less aimed at preserving and celebrating pop culture stuff from a Filipino perspective, which as I’m lead to believe is heavily influenced by Japanese, Spanish and American pop culture.  So on the one hand we have a similar shared background of interests and on the other I’d be both introduced to aspects of pop culture that I haven’t experienced as well as being syndicated for an audience that might not normally stop by Branded.  The site is called Nostalgia Manila and will feature a bi-weekly syndication of past Peel Here columns in a condensed format.  So starting today… 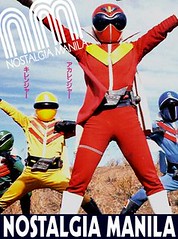 So for any new visitors to Branded in the 80s, I’d like to say come on in and don’t worry about wiping your feet at the door, I’m plently messy and uncouth, UNCOUTH I tells ya.   As for my non-Filipino visitors, I urge you to go check out Nostalgia Manila because there are a lot of hidden treasures there (including streaming good quality episodes of great 80s cartoons) and if you’re like me and sort of shy away from site with non-english language text, than you can get a new perspective on the same stuff that we all love (don’t let the mixture of English and Tagalog scare you away from some great content.)

Day 30 of the Halloween Countdown: Souvenir Magazines are like archaic DVD special features…

If only there was also a picture of a punker in space, this would have been the coolest coloring book ever…