Yesterday marked the passing of one of the most memorable TV personalities from my childhood growing up in the 80s, Don Herbert, better known as Mr. Wizard. Here’s the statement his family issued on the website this morning:

“It is with deep sadness that we regret to announce the passing of Don Herbert – the one and only "Mr. Wizard". Don lost his battle with cancer today, June 12, 2007, at 9 AM Pacific Daylight Time – slightly more than one month shy of his 90th birthday. He was lovingly surrounded by his family, who are at once, saddened by his passing, and relieved that he is no longer suffering.

We all feel extremely lucky to have had him in our lives and to have known and worked with Don over the years. We have also been tremendously honored to carry on his legacy as an original and truly legendary figure in the worlds of both Television and Science Education. He has been inspirational and influential in so many ways and on so many lives and we are comforted in the fact that his ground breaking work and legacy will continue to inspire many more people for years to come.

Thank you so much to all of you for your support and sympathy.

Though he was extolling the virtues of science on TV from 1951 through to the mid 70s in either his Watch Mr. Wizard shows, or his 30-second science snippets on Saturday mornings during prime cartoon time, I knew him best as the host of Mr. Wizard’s World, which began airing on Nickelodeon around 1983 and seemed to air at least until the early 90s. The collage of sounds from the opening of the show is more or less burned into my brain, in particular the sound of the shopping cart with the giant test tube dropped into it. Retrojunk has the opening of the show in it’s TV archive for your viewing pleasure. 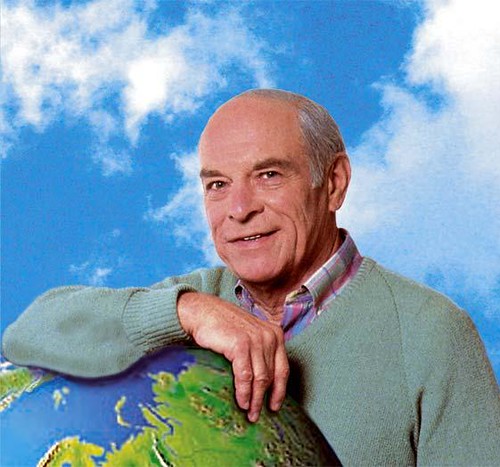 Whether he was showing us how we could move our entire body through a single sheet of paper (buy folding and cutting it so that it would unravel into a very large hoop) or why it’s impossible for the human body to create enough suction to drink water with a two-story tall straw, he was always there on TV with something crazy, interesting, or downright amazing to show. There were two main science shows I remember from the 80s, 3-2-1 Contact! and Mr. Wizard, and Don Herbert always won out when I’d be flipping stations.

For those of us who remember it and want to relive the nostalgia, the show is available on DVD from Herbert’s own studio store. There are 8 volumes of the show available, each with 4 uncut episodes of the show (which are $18 each plus about $5 shipping) and you can purchase them individually or in an 8-DVD mega set for $125. Here are some links to the individual volumes pages (which list episode content as well as providing clips):

I remember in the 8th grade when I got so jazzed at the announcement that Mr. Wizard was going to come to our school and perform some experiments for the various classes in the gym. I picked out a spot up front and center on the hard gym floor but was disappointed when it wasn’t Don Herbert, just some guy calling himself Mr. Wizard who showed up. At least I learned that it would be terrible to cut open a diaper and pour the absorbent beads into my eyes that day, as well as that having your leg fall asleep to a point where the pins and needles feeling was so bad that I had to do a weird Mr. Roboto dance just to get up and keep my balance was very embarrassing. Somewhere in the back of my mind I always thought that the pins and needles dance would have been worth it if the school had popped to fly out the real Mr. Wizard…

Day 29 of the Halloween Countdown: Son of Crestwood Monster Series!