I would have to hesitate in calling any movie perfect, but if I were forced to pick one example of a flick that was near perfect for me, it would have to be Kill Bill Vol.’s 1&2.  These two films (well really one cut in half) embody everything that I love in a movie going experience; it’s amazingly stylistic, there’s a ton of action, there’s plenty of plot and character development, it’s gory and exploitative, yet light and silly at times, it’s story is well versed in the history of cinema, it’s incredibly detailed with so many layers of reference and homage that there’s an entire book dedicated to annotations and references, it’s inventive in it’s form, has great music, and most importantly it’s quick and fun and it knows exactly what it is and makes no pretensions about it. 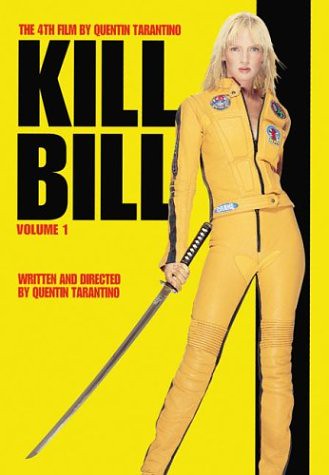 I saw these flicks in the theater, and literally from the first frame of the old grindhouse feature presentation screen I was in love.  Every single frame of this movie is dripping with cinema love, nothing is boring, and no time is wasted.  As an example, almost every single scene in the movie has a connection to something else that either in an joke or a reference to another movie, like the sunglasses lined up on the dashboard of Texas Ranger Earl McGraw’s car, these are a reference to the original Gone in 60 Seconds, and then the actor himself is playing a character from another Tarantino movie, From Dusk ‘Til Dawn.  What I really love about these moments is that even though there is so much to them, none of this is important to the plot, so the average movie goer should be just as entertained as those who do know this stuff.  This is done even better with the character of Hatroi Hanzo, the sword maker that forges the Bride’s sword.  The actor, Sonny Chiba, is playing a character that he’s played before (in the show Kage No Gundan), yet everything that you need to know is right in the movie.  This movie also cements the odd mixture of universes that Tarantino has been slowly establishing in his films.  Basically there are two Tarantino universes, the "real world" and the "cinema world".  Pulp Fiction takes place in the "real world" and Kill Bill in the "cinema world", so for instance, the character of Mia Wallace in Pulp Fiction, who is a failed actress who once did a pilot for a television show about these five girl action-spies (Fox Force Five), is quite possible "playing the role" of the Bride in Kill Bill (not to mention the fact that the DiVAS, Deadly Viper Assassination Squad, in Kill Bill is based on Fox Force Five from Pulp Fiction.)  So Kill Bill would effectively be a movie that the characters from films like Reservoir Dogs, Pulp Fiction, or Jackie Brown might go see.

This is the same sort of idea that’s established in Stephen Kings body of work via his spaghetti western influenced fantasy series the Dark Tower, that all things, fiction, literature, movies, and ultimately the real world are all interconnection in a much more drastic way than just existing together.  That if one were able to make a tear in reality there would be a possibility that that person could then drift into another world, possibly even a world that was established in a work of fiction.  Hell, it goes so far as to suggest that even our "reality" is someone else’s fiction.  Kill Bill is the embodiment of this idea.

Because the flicks are so filled with references to other cinema, I took some time out a year or so ago with a friend to explore them as best as we could.  I picked up the great annotation book by D.K. Holm, Kill Bill: An Unofficial Casebook, and with the help of the internets, Amazon.com, eBay, Netflix, and even some local video stores, managed to put together a list of most of the films referenced.  Here’s what we ended up watching based on our interest in Kill Bill:

We also had the Five Deadly Venoms, the One Armed Swordsman, and Samurai Fiction on the list, but the FDV kept arriving from Netflix broken or unplayable, OAS was unavailable in the US, and we didn’t get to Samurai Fiction.  Even this list is just the movies that feature prominently in Kill Bill and not stuff like the Gone in 60 Seconds reference.  I ended up finding a lot of flicks that I absolutely love though Kill Bill, the Lone Wolf and Cub series, Lady Snowblood, and Death Rides a Horse in particular, so in essence Kill Bill is invaluable in what it opened me up to cinema-wise.  How many movies can make that kind of claim.

What’s also beautiful about all of this is what I said before, that none of this homage even matters to the movie itself, so alone, Kill Bill is still amazing.  It manages to distill the essence of everything it plays off of into a very perfect version of this type of cinema. 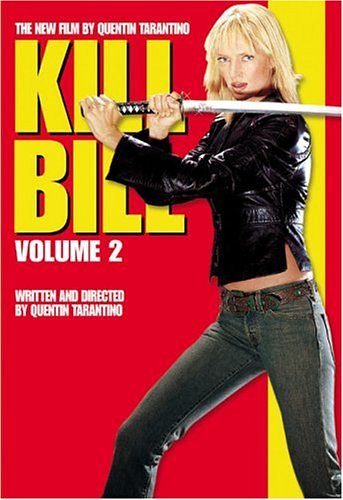