X-Men is such a weird film for me.  One the one hand it was the last item on my childhood wish fulfillment list where the X-Men are concerned.  The Uncanny X-Men was my introduction into comic book collecting in the 80s, and it was the one family of titles that I followed religiously for the next 7 or so years though middle and high school.  It was through an issue of Wolverine that I met two of my best friends in middle school, and the characters and stories were rooted in so many facets of our lives through that time.  Between learning to draw from copying off of Marc Silvestri & Jim Lee’s artwork and collecting the comics together, to watching and dissecting that horrible 90s cartoon series, we all spent a lot of time thinking about the X-Men.  It was also through this comic collecting that led a few of us to begin attending the annual Dragon Con. in Atlanta for the next 10 years. 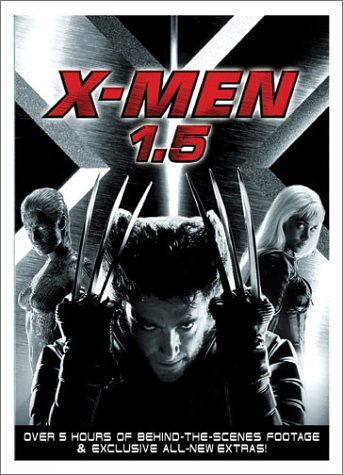 I remember as a kid, spending hours sifting through my pile of G.I. Joe figures looking for the just the right characters that could mimic the X-Men well enough because there weren’t any official figures at the time.  Sure there was the odd Secret Wars Magneto or Wolverine floating around the secondary market, but they were much more expensive than I could afford, and when I got right down to it, Low Light made a good enough Cyclops anyway.

Anyway, even though my comic collecting had begun to peter out by the point that the first movie came out in 2000, I was still very excited by the prospect of finally seeing my favorite comic characters on the big screen.  I have a lot of fond memories of that time, as it was around when I met my (soon to be) wife, not to mention that it was my birthday at the same time.  As far as the film itself goes, it’s alright though far from a great movie.  Bryan Singer and the cast did a pretty great job of bringing the look and feel of the characters to life (Hugh Jackman’s Wolverine is pretty darn close to dead on, though I can’t stand both Halle Berry’s portrayal of Storm or Tyler Mane’s Sabertooth), but at the end of the day I found the plot laughable and the entire second half of the film feels very silly to me.  Fighting on top of the statue of liberty is the cinematic equivalent of the ending to King Kong, though with none of the power and awe of Kong.

What make me love this film though (and why I’ve bought two versions of it on DVD), is that love it or hate it for this, it’s responsible for redefining the Super Hero genre in cinema and making it possible to consider comics as a proper medium for adaptation.  Though it, itself owes a debt of gratitude to the first Blade movie and the Matrix for its more or less realistic take on character design, it really was the first film since Donner’s original Superman flick that captured the wonder and excitement of super powers on film. Its success is what made the slew of super hero flicks that followed possible, not to mention putting studios in the mindset to consider hiring more independent and interesting filmmakers like Sam Raimi or Christopher Nolan.

It’s also the lead in to the much better (though horribly titled film) X2.

Step into my psyche for a minute…

The League: The only thing that makes me feel patriotic!