Why dear, what’s the secret to that scrumptously Spectacular Spider-Ham you made for dinner? 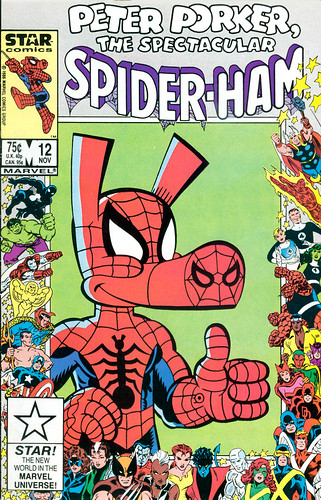 Now here’s a blast from my comic collecting past. Over at XYZ Cosmonaut you can get your pork on and Spider-Pig Suit Up! I remember about a month ago trying to convince my fiancée that this comic existed, but I no longer had my childhood copies to prove it.

On an sort of related note, when I first started collecting comics I remember loving the covers to all the November 1986 Marvel 25th anniversary titles. There was just something about the uniformity and the character border that I just found awesome. I think my favorite was the cover to New Mutants #45 even though it’s kind of plain, I just loved the Barry Smith line work and the simplicity to it. 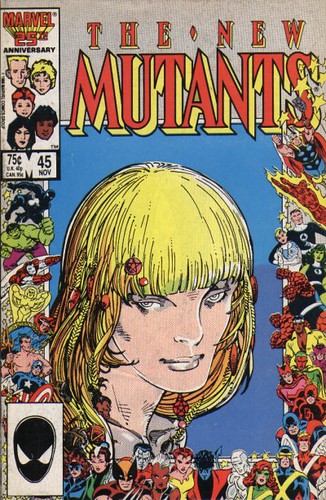 I’ll trade you a hand-less Murphy for your Boddicker’s Bros card!