Peel Here #10, It just goes to show that if you’re in the business of catching ghosts, having a gorilla around can’t hurt…

Man, this year already feels like it’s flying by. I keep turning my head and it always seems like it’s just about to be a different month. Sheesh. Anyway, I was pretty proud of myself last week because I finally got off my lazy ass and made a banner for this here Peel Here column that I’m pretty happy with. If you click on said banner it’ll take you to the Peel Here archives, so, um, there’s that. I’m also pretty happy because I’ve finally received most of the stickers that I’ve been buying on eBay, so I can get a better feel as for what’s coming up and where I’m going with this column. Again, anyway…

So for the first double digit Peel Here, I decided to showcase some more Panini stickers (and this time there are official with the logo and everything, as opposed to the Diamond stickers, which I’m still not sure if that’s a different company or a subsidiary of Panini), as well as tying the stickers in with a new DVD release that I’m excited about for the Original Ghostbusters Filmation Cartoon.

I always really dug the little knight with the lance; it’s just a neat looking logo.

Unfortunately, like the Jem set I talked about earlier, I don’t have the book for this set of the Original Ghostbusters stickers. It seems like there are basically three types of auctions on eBay, ones for completed books with all the stickers that sell for god awful amounts of money, auctions for just the books and no stickers that aren’t very fun and seem to also be books that stickers aren’t readily available for, and last and most pertinent to this column, auctions for lots of the stickers themselves. Maybe down the road I’ll be able to update these with some scans of the books if I can find them cheap enough. 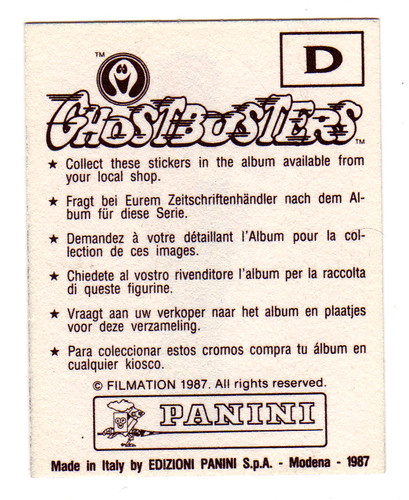 Overall, these have been my favorite example of the Panini stickers I’ve managed to track down because the film stock that the company had to work with for the images was of a nicer quality, not to mention the design work on the actual stickers what with the nice black border and all. Most of the other cartoons that got the Panini treatment seem to have an abundance of stickers that either have the character’s backs turned to the camera, the stickers are just hella blurry, or they are of just  something irrelevant like pointless landscapes. These on the other hand have a lot of great screen shots as you can see in this first set of stickers (which is mostly made up of shots of the main Ghostbusters characters including Jake Kong Jr., Eddie Spencer Jr., Tracey the Gorilla, and Ghost Buggy their talking car/jet thing.) 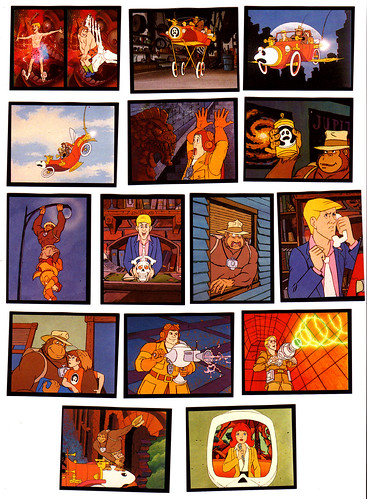 I always liked that the characters had a cool logo (though it’s not quite as cool as the “no ghosts�? logo from the movies), though it does go to show that there was precedent for Filmation to sue the films produces for rights credit, as the logos are pretty similar. If nothing else the logos make for neat backpacks for the cartoon characters and as a face for the car. 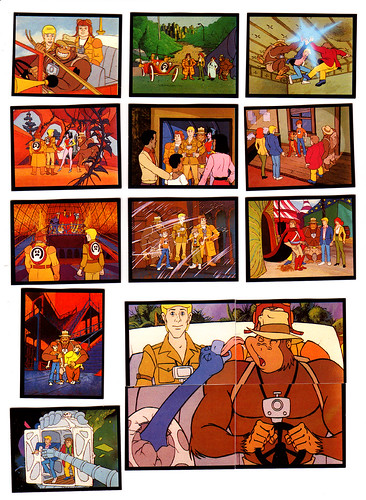 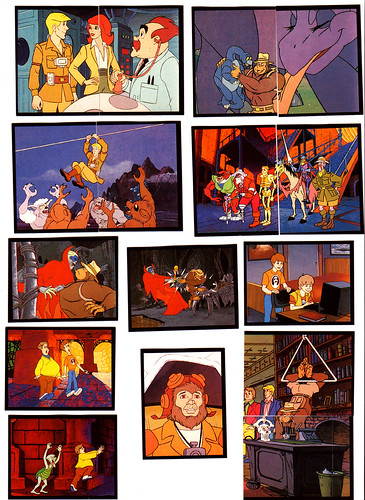 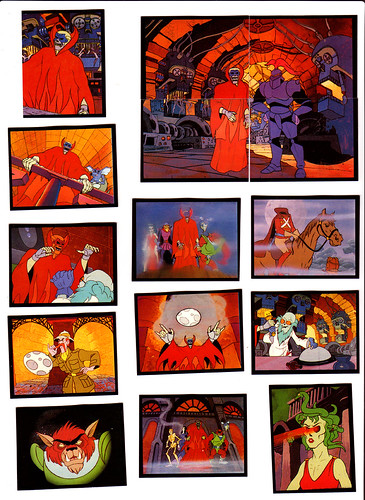 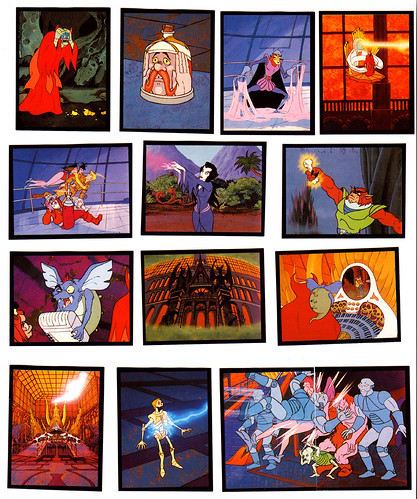 There were also special clear character only insert stickers in this set, which probably filled out a removable poster, which was common in Panini sticker books. I know that there was one for both the Thundercats book and the various Baseball annuals they did at least. 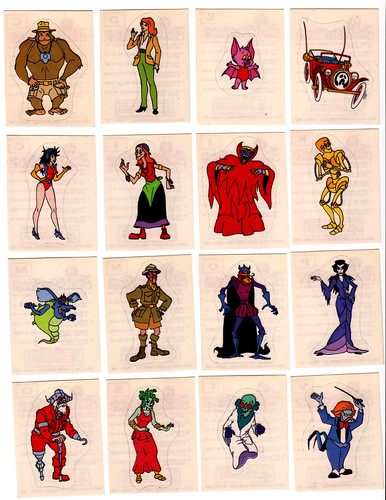 Like I mentioned in the DVD release post, I’m not completely familiar with this show, only having a few vague memories of catching it on the USA Cartoon Express and stuff. I really can’t wait for the DVD set to come out so I can refresh my memory.

Anyway, next week on Peel Here I’m going to take a look at some seriously rare stickers, well rare at least in the condition that I have them in. Here’s a hint, most kids of the 80’s couldn’t help but take them to school with them.

90s era SNICK is coming back, and I hope it brings Pete and Pete with it…