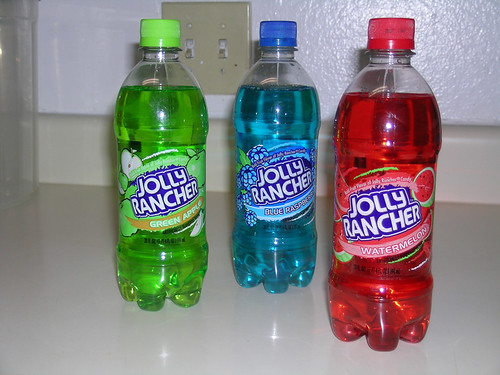 Jolly Rancher sodas, who’d thunk it. I keep meaning to write about these, but I keep putting it off and I don’t know why. So here it is. Jolly Rancher Sodas. I came across these during my Christmas 2005 visit to my family in Florida. They were in all the 7-Elevens and pretty much nowhere else.  I was so excited because the Slurpee crop for that year was pretty piss poor.

Growing up I was a huge Watermelon Jolly Rancher fan; I loved the JR sticks and stuff even though they taste nothing like watermelon, so when I saw that these sodas came in a Watermelon flavor I was pretty darn excited. I expected the soda to taste pretty shitty and nothing like a Jolly Rancher because seriously, who in their right mind would think drinking liquid candy would be a great idea. You can’t see me now, but I’m raising my hand. Seriously though I figured these were just branded with the Jolly Rancher logo like the Minute Maid sodas of the 90’s and the Tropicana Twister sodas you can sometimes find in Pepsi machines, just a name brand for a basic fruity soda. But then again these do come in some non-traditional flavors. I picked up one of each available, Watermelon, Blue Raspberry, Green Apple and Grape (not pictured.)  There’s also an Orange flavor but I have yet to find one.

I got out to the car, twisted off the top, and took my first sip of liquid gold. Ho-lee crap nuggets. This stuff tastes exactly like the candy, spot on, and no matter how gross that may sound to you it’s pretty darn heavenly to me. 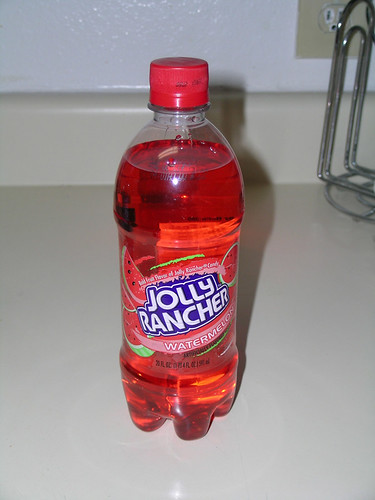 Out of the rest of the flavors, the Blue Raspberry is probably the best, though it’s very rich. In fact all these sodas are pretty rich, enough so that you could probably only drink one every couple of days at the most.

I also really dig the bottles and stuff because they’re super-clear so the vibrant colors are the soda, not the plastic. 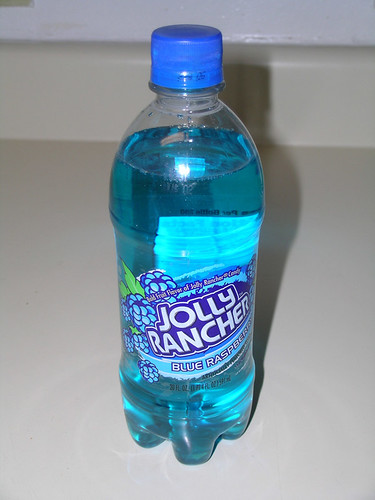 I’m not a big fan of Green Apple to begin with, but this flavor isn’t bad. If you like Green Apple then this is probably a good version for a soda though it’s a little on the tart side. 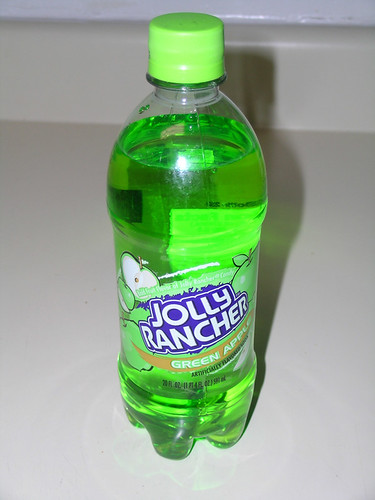 I found these bottles at a local Shell station this past winter so I’m glad they finally managed to make their way up from Florida to Georgia, though after I bought out their stock of Watermelon they didn’t replenish it, so it might not really be here yet. If nothing else, I have to give the company that makes these (Elizabeth Beverage Company of New Castle, Delaware) props for sticking to the actual flavors instead of just using the branding.

As an added bonus I’ve also got a snapshot of another soda that I found this past Christmas in Florida, Bubble Yum Soda. Let me just say that these are freaking awful. I think I might have mentioned this, but the clerk at the 7-Eleven I found these in tried to haggle with me to get me to buy the entire stock of these he had. They were marked down to $0.50 each and there’s a reason for it. They taste like death warmed over. 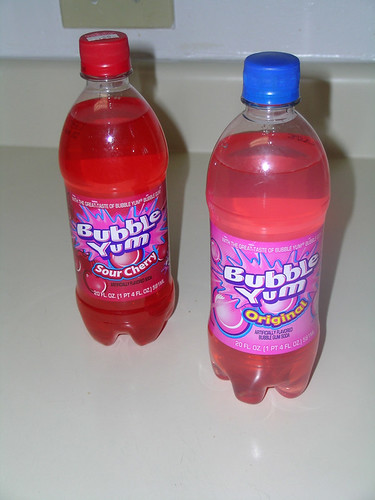 Cartoon Commentary! #13, D&D in space, or more likely the other way around…