I wanted to illustrate my inability to pass up good deals, so today I’m gonna talk about a weird little part of my DVD collection, The Dukes of Hazzard, seasons 1-4.  See, I truly have a sickness or obsession when it comes to buying DVDs and one of the hardest things for me to pass up is a deal that’s too good to beat.  When the Dukes of Hazzard movie was about to come out in theaters a couple years ago I found myself browsing through a local Target.  Well there was a whole end-cap devoted to the second season of the Dukes TV set, which was already on sale for like $20.  Well all the sets also had those free tickets to see the movie stuck inside and since Carrie and I had planned to see the flick anyway (I figured it would suck, but it was directed by Jay Chandrasekhar, he of Broken Lizard and Super Troopers awesomeness so we thought we’d give it a shot), I figured that that would take another $8 off the price.  So Season 2 for $12, hell yes I was going to buy that. 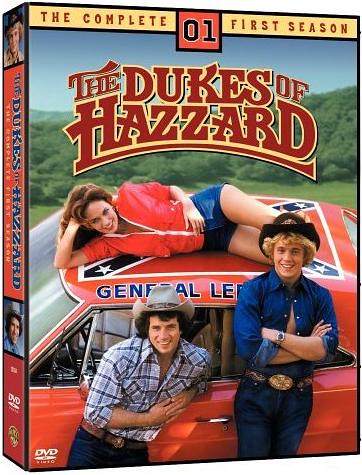 If course that led to wanting the 1st season seeing as I hadn’t been able to bring myself to actually buy it.  See though I grew up on the show and love it dearly, I think I love the memory of the show a lot more than the actual show itself.  There are a lot of shows that I’m on the fence about buying like this, Charles in Charge, Gimmie and Break, Soap, shows that I remember watching a lot as a kid but I’m just not sure I need to own.  Even with my current nostalgia obsession I have a hard time spending hard earned cash on stuff that I’m not sure if I’m going to watch all that often.  But when a set is discounted down to the price of say dinner out on the weekend, you can bet your ass I’ll go hungry on Saturday night while watching Bo and Luke Duke jump ponds for no apparent reason what-so-ever. 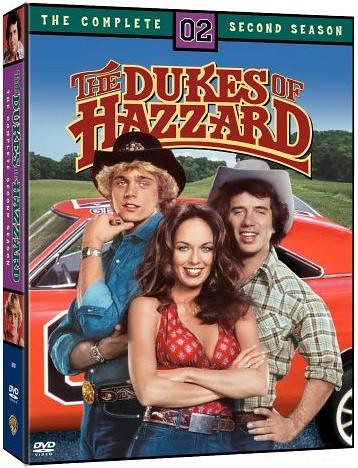 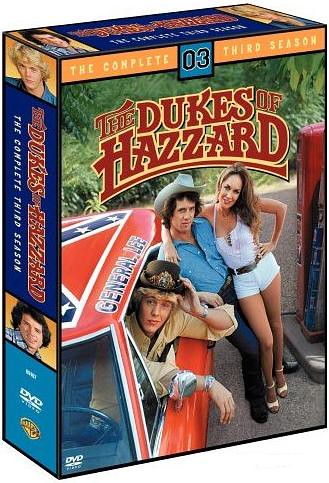 Well I ended up waiting until Christmas of last year when season 5 came out, and all the others were on sale for like $15, so I ended up picking up 1 and 3 thinking that I was going to stop.  72 hours of the Dukes of Hazzard should be enough for any normal healthy human being.  But then there was season four starring at me.  "I’m only $15…" it would say coyly, batting it’s eyes and giggling.  "Come look at my extra large rack… of DVDs."  See it was also the only 9 disc TV set I’d seen up to that point and I was curious.  Why they hell did it need to be on 9 discs? For $15?!?  So I said fuck it and picked the damn thing up.  At the end of the day I’m glad I did because it has one of the best episodes of the series on it, 10 Million Dollar Sheriff, so that’s cool. 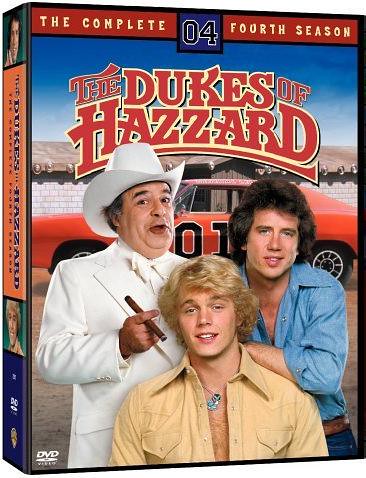 I have made a pact with myself and the evil lord below to prevent myself from buying any more seasons of this show, no matter how cheap they get.  It doesn’t hurt that the next seasn introduces the faux Dukes while Tom Wopat and John Schneider re-negotiated their contracts with the studio.  The only thing worse than more Dukes would be false Dukes.

In a completely unrelated bit of news.  What the fuck is this piece of shit?  I mean, seriously, did the movie even make enough money to warrant a direct to DVD prequel?  Jebus Christos.

These Should Exist: The Karate Kid Edition

All right, I’m gonna turn over the next card. Concentrate… I want you to tell me what you think it is…