Doesn’t that boy ever put pants on?

Well, since I’ve more or less ignored the holiday for most of the month I decided I should throw up a little bit of Christmas cheer. I’ve really got mixed feelings on the holiday. On the one hand it’s a great time for family to get together, have some good food, and buy each other some fun swag, but on the other the swag buying can get so out of hand. I’ve got a pretty small family and for as long as I can remember we’ve pretty much stuck to buying for our immediate family and then for a few friends and stuff.

But then I got engaged and my fiancee has a monster-sized amount of extended family and stuff and all of a sudden Christmas is expensive. Crazy expensive. Luckily this year we got to split up the festivities, half at the beginning of the month, and now the other half this week. So it didn’t feel like we needed to find an amount of money that was equivalent to a couple extra rent payments all at once. It has been a little weird since I had Christmas with my side of the family already, so everything else this month has felt like the day after Christmas that just won’t end.

Anyway, in honor of a simpler to time, a time when waking up and rushing out at top speed to see the spread under the tree was the culmination of an entire year of trying one’s best to be good, I present some pictures of childhood Christmas past. 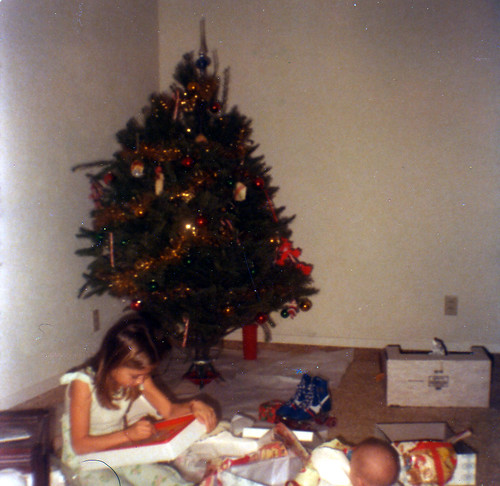 This is my first Christmas. That’s my older sister testing out her sweet new Operation game while I rolled around the wrapping paper barely able to get my head up. In the BG you can see an awesome pair of blue lace-up roller skates that my sister also got, and would be handed down to me later. 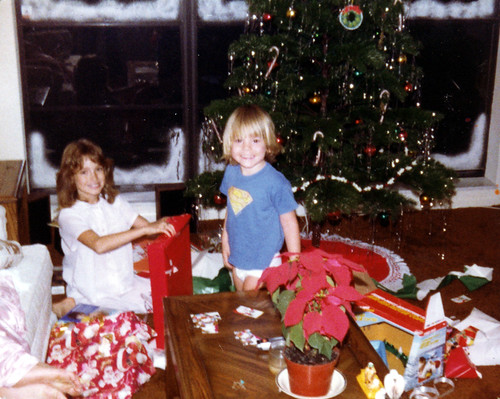 Somewhere in the shuffle a few Christmas mornings went by un-photographed, so I present to you Christmas 1980 in the Robare household. That’s me striking a pose in a superhero T-shirt and my underwear, which was basically my uniform for half of the pictures taken of me. Fake snow from a can on the windows and my mom hiding from view in the bottom left corner. 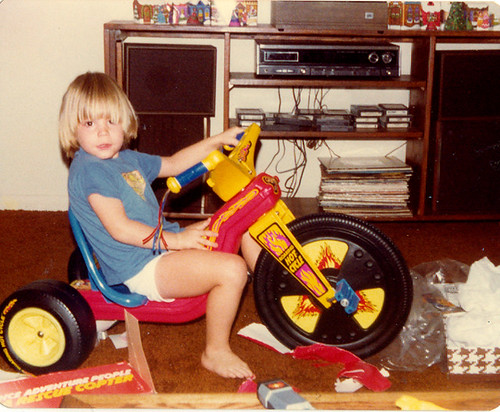 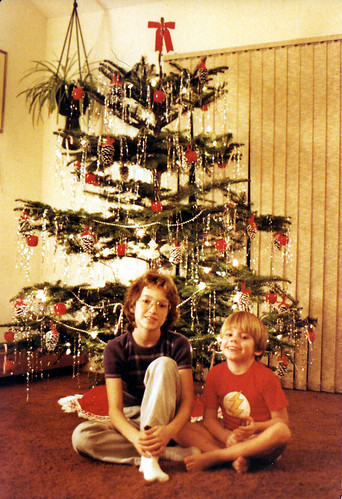 Now on the tour of Christmas past we skip forward to 1981, and a very posed bit of happiness. Once again, me in my undies and a Flash Underoos top. 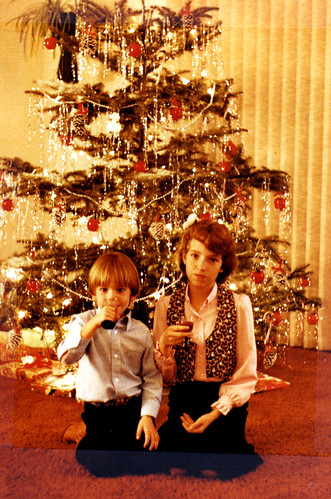 Apparently the one picture was too casual, so we got dressed up and was handed some booze to liven things up, also apparently to my sister’s dismay!  Man does she look pissed. 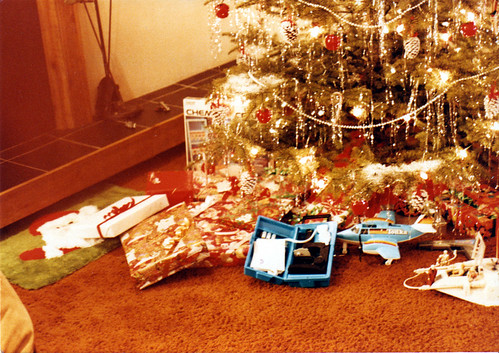 This year brought an awesome Christmas spread including a Tonka airplane with a sweet handgun-like handle that operated the propellers as well as a bunch of Star Wars swag. This was also the year that I scored my awesome Dukes of Hazzard bigwheel… 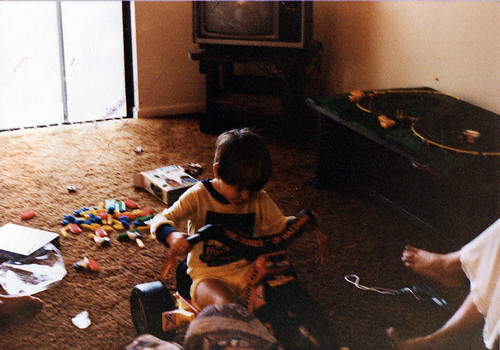 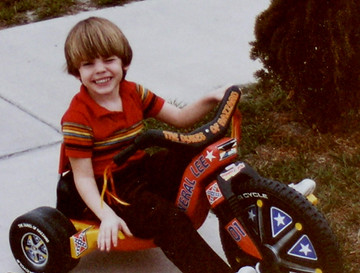 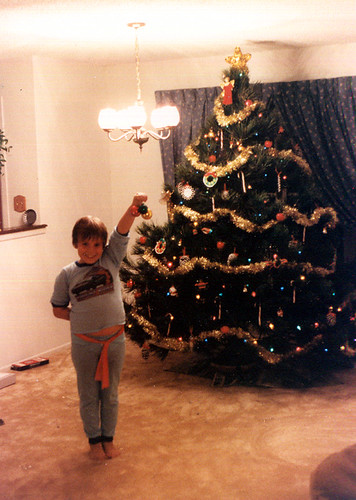 This is one of the last images I have of me at Christmas, I’m thinking it’s from around 1985 or so. I guess after that my parents just felt it was getting to be old hat to take pictures. Oh well.

So this is some 20-odd year-old Christmas cheer from me to all of you, who ever you are.

Thunder in Your Heart Thunderdome!