And hidden in my skull is….a Matchbox car?

Hello again. So I didn’t find this next item until yesterday which is kind of cool. I’m glad there were new discoveries up until the day before. I’ve already posted about the new line of Matchbox monsters cars and figures and this item is a neat addition to that line, sort of. They’re called Creepy Cars and I guess they are intended as Halloween treats for those not inclined to give candy to the kids. 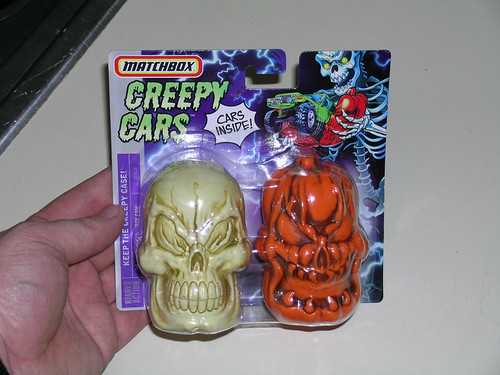 I remember that if one hit enough houses on Halloween you’d come across at least a couple of houses that had something against the sweets and instead either had a bowl full of plastic odds and ends (like spider rings and little plastic skeletons) or a bowl full of nickels and pennies (and not necessarily for Unicef.)

So I suppose this Matchbox line might be geared in that direction. Basically these are two molded hollow cases with surprise vehicles inside. I managed to get them discounted at Kroger for $2, though they were originally $3 which seems a bit steep for giving out to kids. I guess they are more intended for giving to your own kids, but that also seems kind of weird. I mean it’s not Easter or Christmas, kids don’t wake up on Halloween to a basket or stocking (unless the family is cool, in which case these cars would be an awesome addition.) In fact I think that would be awesome, if a family got into the holiday so much as to lavish the kids with cheap bobbles and stuff, it’s just not been my own experience.

Anyway, back to the product at hand. All of the packages I saw had the same two Halloween themed molds, a skull and a freaky Jack-o-Lantern. The molds on these hollow cases are actually pretty darn cool and sufficiently creepy (up to and including weird veiny things on the skull’s eyes and a little bit of a spine attached at the neck.) 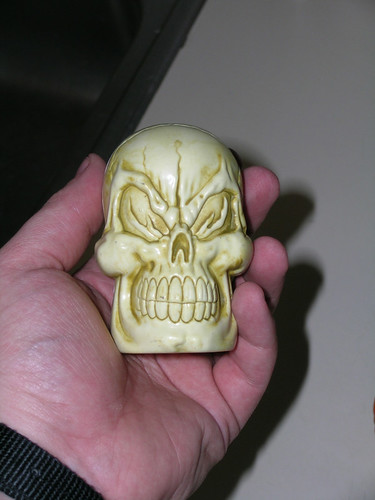 I broke open the skull first to get at its meaty brain, and by meaty brain, I mean the little Matchbox car inside. 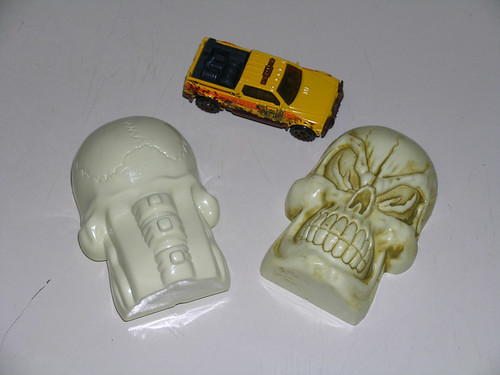 It’s safe to say that I was a little disappointed by what I found. It was a pretty ordinary Matchbox car. The skull had a pickup truck (a rescue truck at that) which was about as far from creepy as I thought you could get. I thought that until I opened the jack-o-lantern. 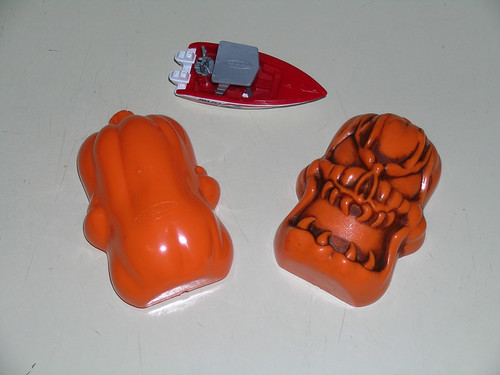 A Beach Patrol boat? What the heck? Well it seems in the end that these cleverly designed seasonal Matchbox goodies are less about the season and more about unloading product that probably hasn’t moved from their warehouse in the last six years. Oh well, at least the cases are super cool and I’m sure I’ll find something much more of the season to stuff them with.

PCP Spotlight #4, It’s a beautiful day in the Neighborhood!