Now I know what it feels like to be a God…well not really….

Anyway, moving right along, the next Franky item on my list was rather disappointing. I’ve never bought into any of the grow-a-pet (or hand, heart, Peter Griffin from Family Guy, what-have-you) craze. You buy a sponge-like little shrunken thing, pop it in water, and days later it’s a much bigger waterlogged object that is somehow cooler. Okay, maybe that does sound a little cool, and that’s probably why I broke down and bought this little Frankenstein trinket at Party City. I wanted to grow my very own Frankenstein. 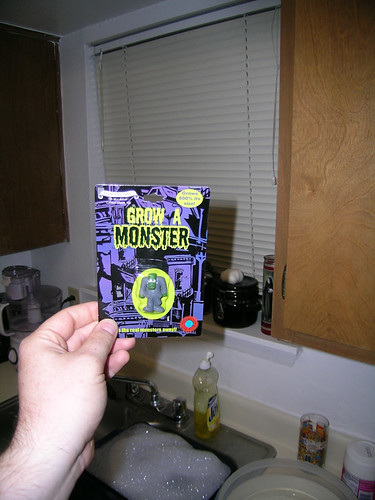 The package promised that my monster would grow 600% in size over three days. Well it was a little disappointing to say the least. 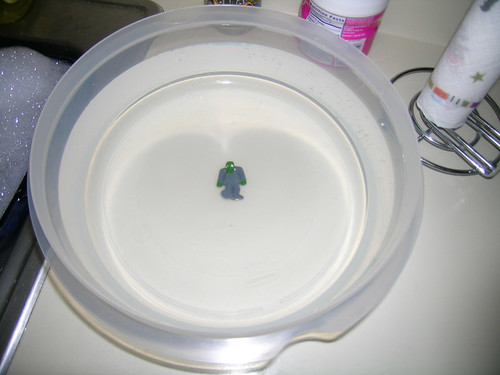 I broke out the biggest Rubbermaid container in my collection with hopes of my Frankenstein monster out growing it and taking his rightful place as the king of the rest of my toy stuff. 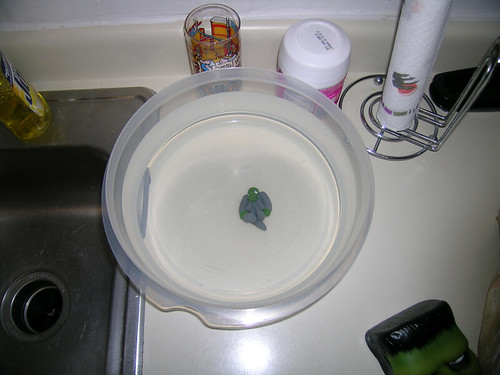 Well by day two he had hardly grown and he ended up looking like a little monster man with a case of boob sag that could only be rivaled by an episode of the Golden Girls. 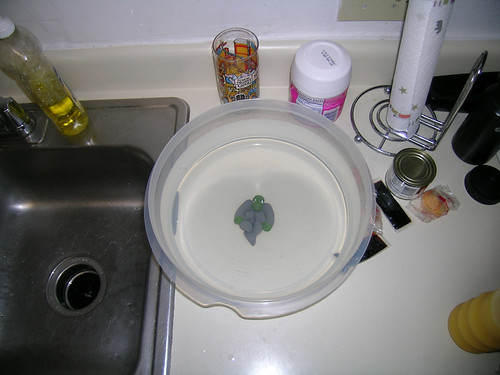 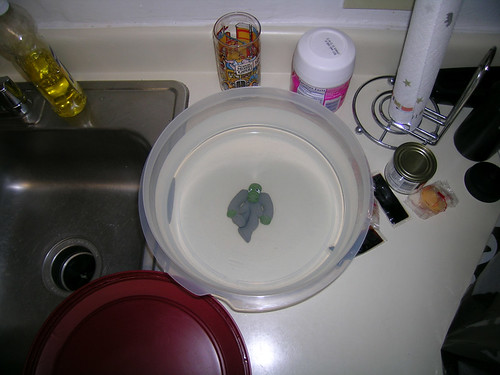 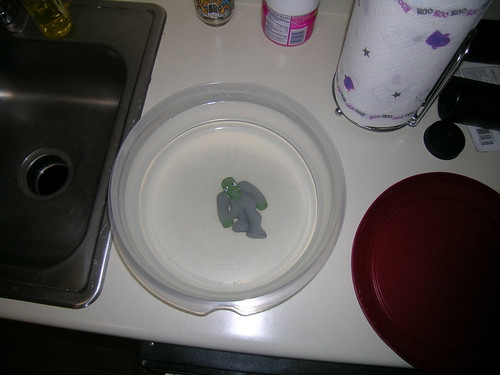 After a week had passed this was as large as my monster got. Now this might even be 600% the size of the little fella that I first plunked into the pool of lukewarm water, but it was much less than I expected and not very impressive at all. My hopes of having him trample through my toy box knocking over Star Wars figures and dropkicking Transformers were dashed. Oh well, he was only a buck.

Putting the banana in the Batman…