I have most assuredly got the bug for buying all sorts of craziness during this Halloween season. Since my vision is in serious monster hunting mode, that’s typically all I see and it’s always a happy site when I do. In particular I’ve been suddenly obsessed with the Creature From the Black Lagoon. Is that because it was the first of about 40 horror and monster flicks that my fiancee and I are watching? Is it because it was the main theme in a series of articles in the new issue of Horror Show Magazine? Is it because C. Martin Croker did a fun feature on Creature stuff on his blog Arglebargle!? Is it because I drew a weird picture of him recently? Heck if I know, but lately I can’t get enough of the gill-man.

Anyway, I recently stumbled upon some neat monster toys in the last place I would have thought to look, the Hot Wheels car aisle in my local Target. I actually came across these a little while ago but that was before monster-hunting vision set in so I didn’t think to look past the mini-giant squid toy I found (it came with a horrible hovercraft that I has since hidden in the ceiling at work on top of one of the ceiling tiles): 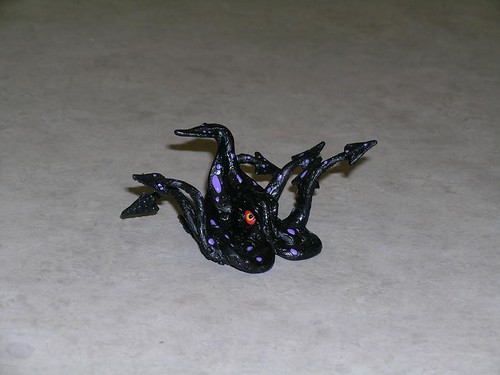 Well now that my eyes have adjusted I saw this pretty sweet Matchbox abominable snowman and truck set: 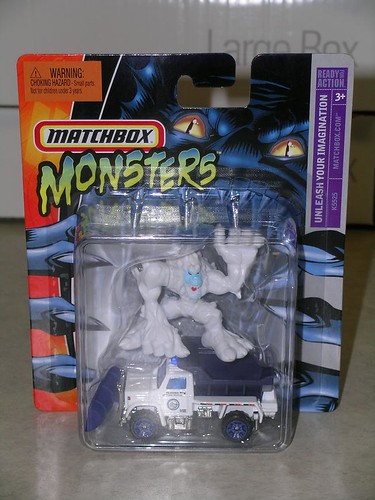 Though this isn’t my favorite of the series, it is still pretty darn cool. I mean how often do you actually see abominable snowmen toys nowadays anyway. I also really dug the packaging, which had some pretty cool art, though most kids are gonna tear these open so fast they’ll never even see it. It’s actually pretty subtle as the blues and blacks sort of meld together and then fade to grey: 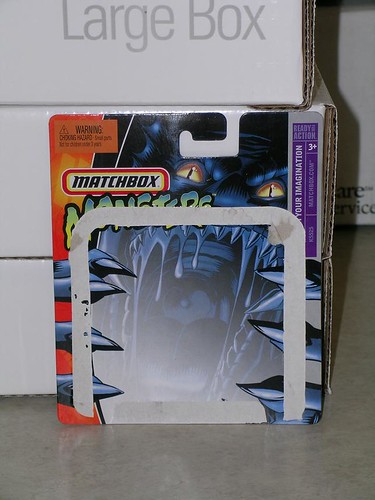 One thing that I noticed about these toys was how cheaply made Matchbox cars are compared to Hot Wheels. I mean Hot Wheels feel like they weight half a pound while the Matchbox truck I got with this snowman was light as a feather and didn’t drive straight worth a damn. 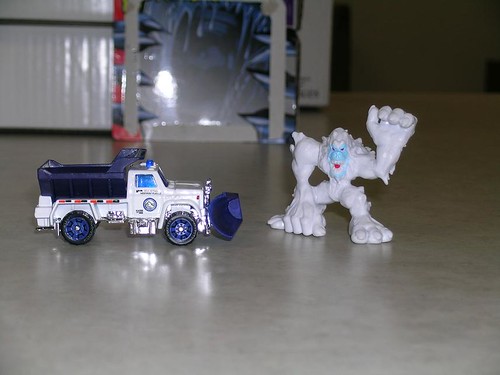 If nothing else, the figure is awesome and it’s pretty detailed for a little plastic add on. It’s even got a little bit of paint application on this version. I think the entire series (there are five in all) also has an upscale version that comes with a second vehicle and a couple little plastic people though for some reason the monsters in these more expensive packs aren’t painted. 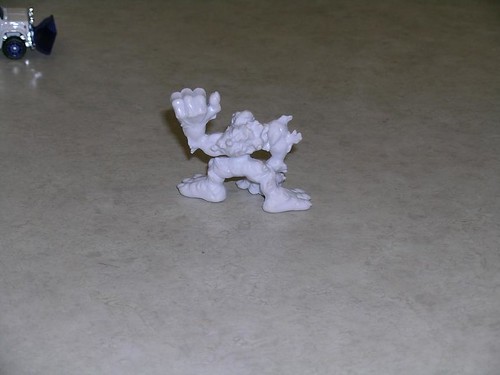 All in all for $2 you can’t go wrong, though I did end up giving the truck to some lady at work for her kid. 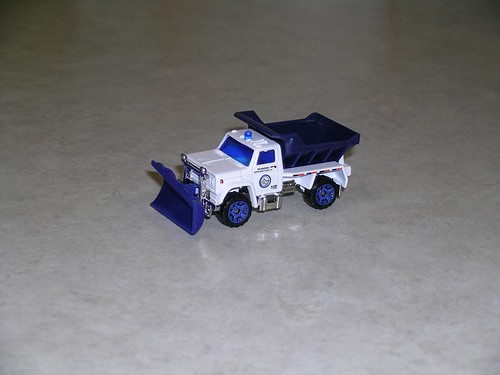 Double Nickels on the Dime…