Why am I’s covered in goo…?

Day 2 of my October Halloween blogging fun. As you can see here I am pretty darn near super psyched for the season this year. Well today’s post harkens back to that older post with a very similar set of items. Today I’m taking a look at more cheap plastic thing-a-ma-bobs suspended in colorful goo encased in a clear plastic coffins, you know, for Halloween.

As I said before, I didn’t want to open the skeleton in the blue goo because I was afraid it would lose it’s airtight seal and might not look as cool. Well I’m a dope, so sue me. Lucky for me though, Target put out more of these silly things, this time in the Halloween section proper, and packaged four at a pop for only twice the price. That’s like 50% off if I bought four, and who knows why I would want to do that. But I was suckered in because these were spiders (well actually they aren’t as cool as glow in the dark skeletons), and the goo was different colors, and I just plain wanted ‘em. 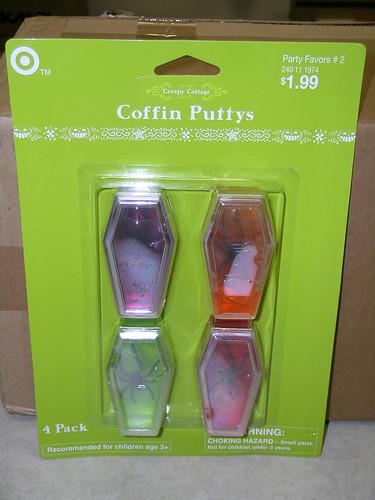 These four come in much more Halloween-y colors, well except for Mr. Magenta over there. It should have been blood red, but at $1.99, I’m not gonna complain. 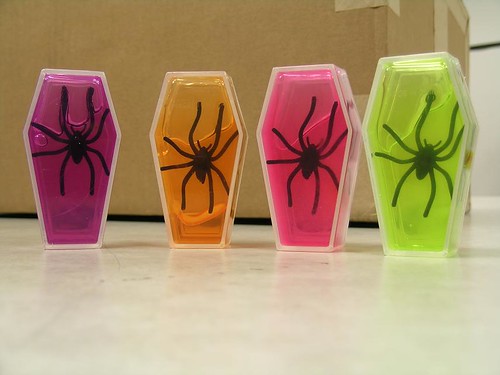 It’s kind of funny, because as neat as these look (especially when compared to the other fare that was on the same end cap like themed flat erasers, silly straws, and plastic lizards?) I expected the fun factor to be next to nil. I mean, it’s a cheap plastic 1 cent spider in goo. In actuality, these were pretty damn fun. Here’s what it looked like when I cracked one open. 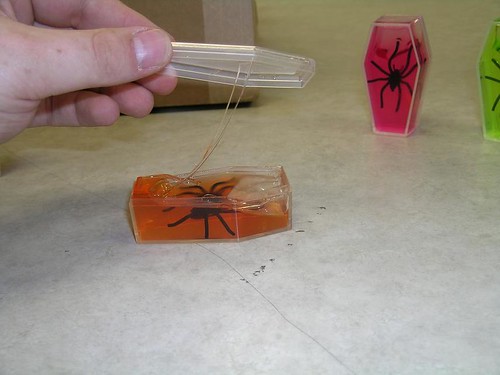 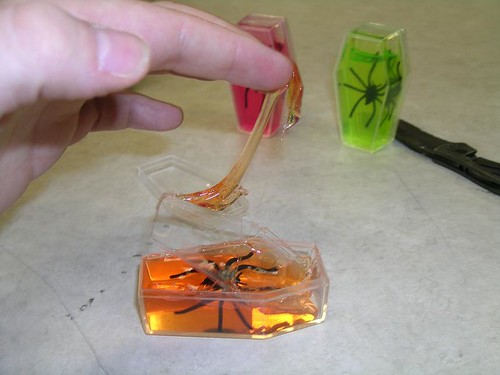 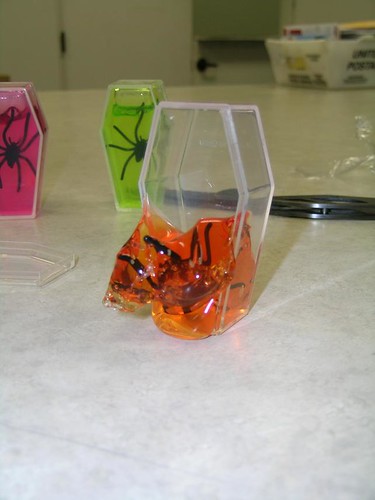 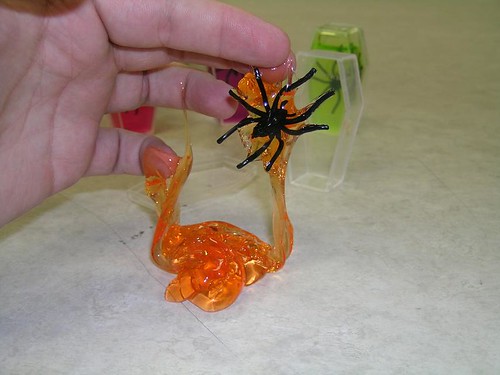 The goo has a very interesting consistency that lies somewhere between the stuff that used to come with one of those He-Man play-sets and Silly Putty. It’s very non-slimy though it looks like it is, and no matter what you do to it, it will go back to its shiny consistency within a matter of minutes. It bounces pretty well too, though nowhere near as well as a super bouncy ball.

I figured I’d try and experiment to see what the mixing properties of this goo is like by combining the colors. As you can see below I’ve got a lime green/magenta mixture, a purple and orange mixture, and a suicide all color mixture going. Maybe if anything interesting happens I’ll revisit them at the end of this Halloween blog fest. 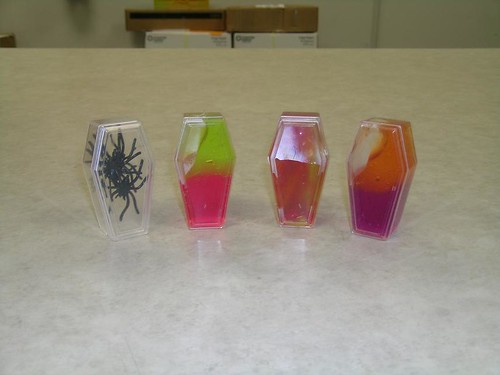 There’s only one thing to say about the Topps Mars Attacks Book: Ack Ack Ack!